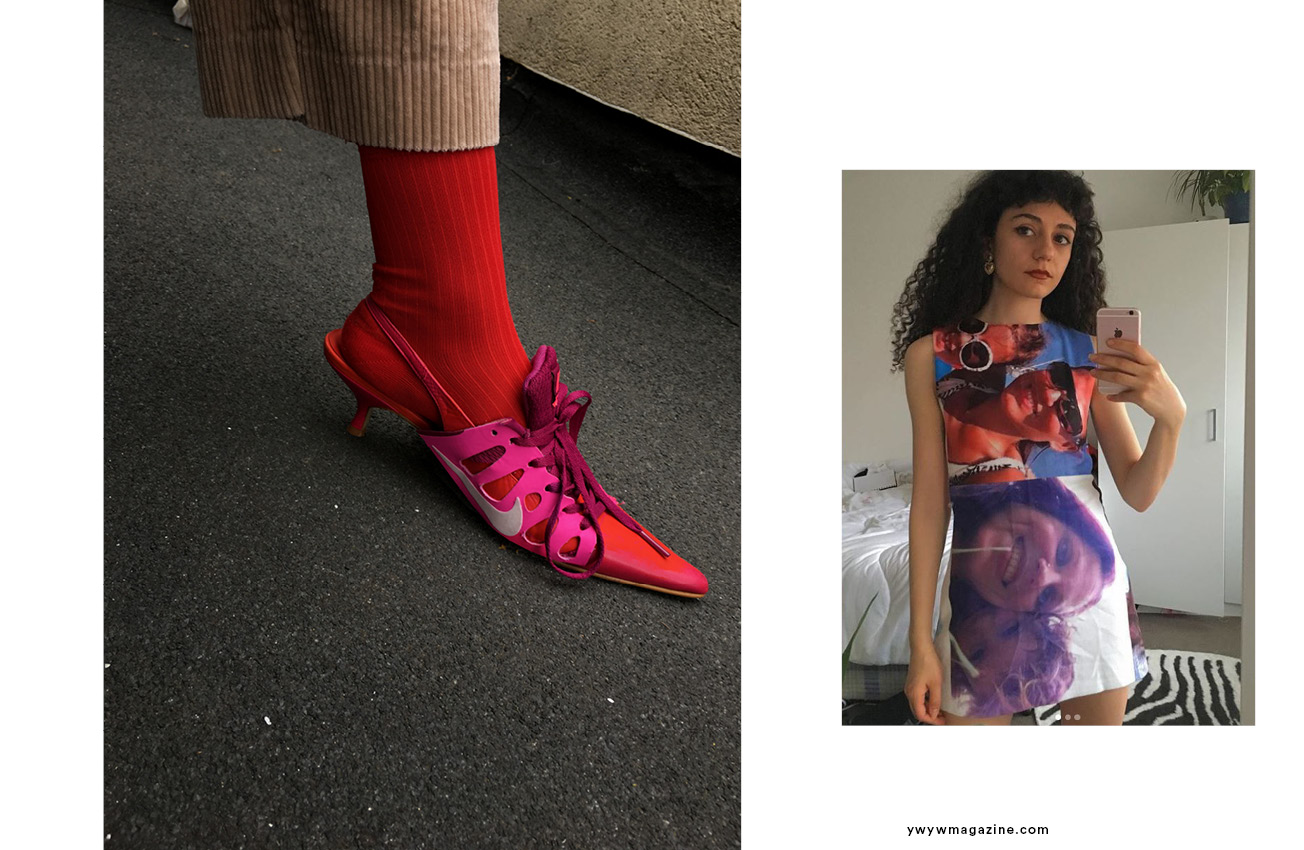 Ancuta Sarca is a Romanian fashion designer based in London. With a childhood whose roots are deeply grounded in post-communist Romania, she is an explorer who hasn’t lost her innocent curiosity and constant questioning of cultural concepts. Recently she has been gaining attention with her kitten heels up-cycled from old running shoes — specifically, Nike running shoes.

“I wanted to place to trainers in a different landscape and giving them a completely new function – elegant and feminine by pushing the boundaries of what they can become,” Sarca says. Why Nike? “I always loved the aesthetics, it has a huge role in sportswear history and the logo looks rather funny and unexpected on heels.” 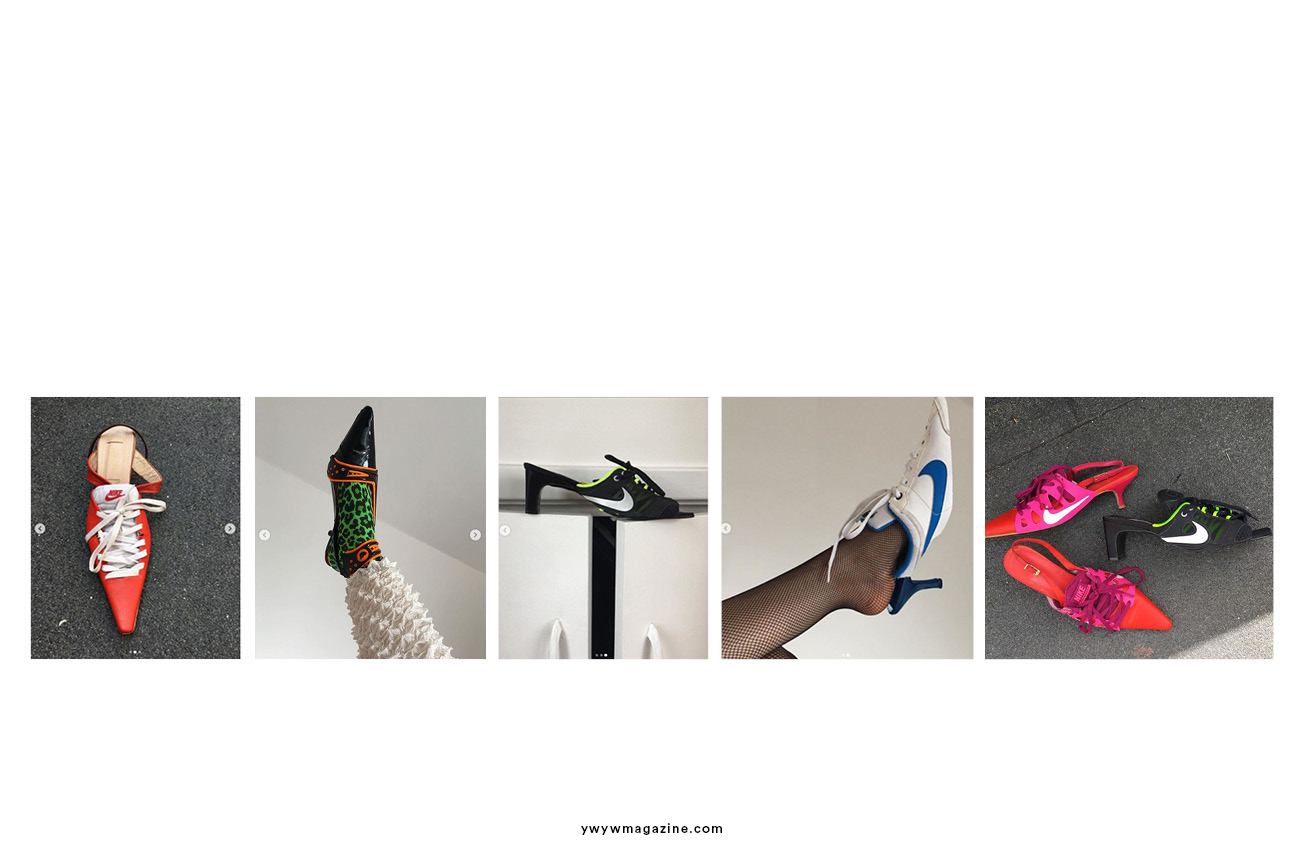 The designer likes the idea of feminizing it, to “make it fashion” — sportswear with its original function completely eradicated and overturned with kitten heel eleganza. The idea first came to her while moving, realizing that she had accumulated a surplus of unwanted running shoes. Instead of tossing them in the trash, she decided to transform them into a pair of shoes that she would actually wear. Sarca taught herself how to make shoes for her graduation collection four years ago. Preferring to be more hands on, she spent over four months taking shoes apart and putting them back together to see how they were made.

Sarca recently collaborated with Sportsbanger, a London based punk sportswear brand, creating up-cycled pieces made from leftover air mattresses. Sarca has worked with up-cycled rubber in particular in the past, having made black vinyl dresses with collars made from rubber tablecloth lace. The dresses were inspired by the ones she wore growing up in a traditional town in post-communist Romania, while attending an all-girls school. Her work is a mash up of elegance and trash, working with latex vinyl and lime green faux crocodile, putting cheetah print fur trim on a red latex boots with a matching jacket, and layering it all with, shredded hot pink tops. 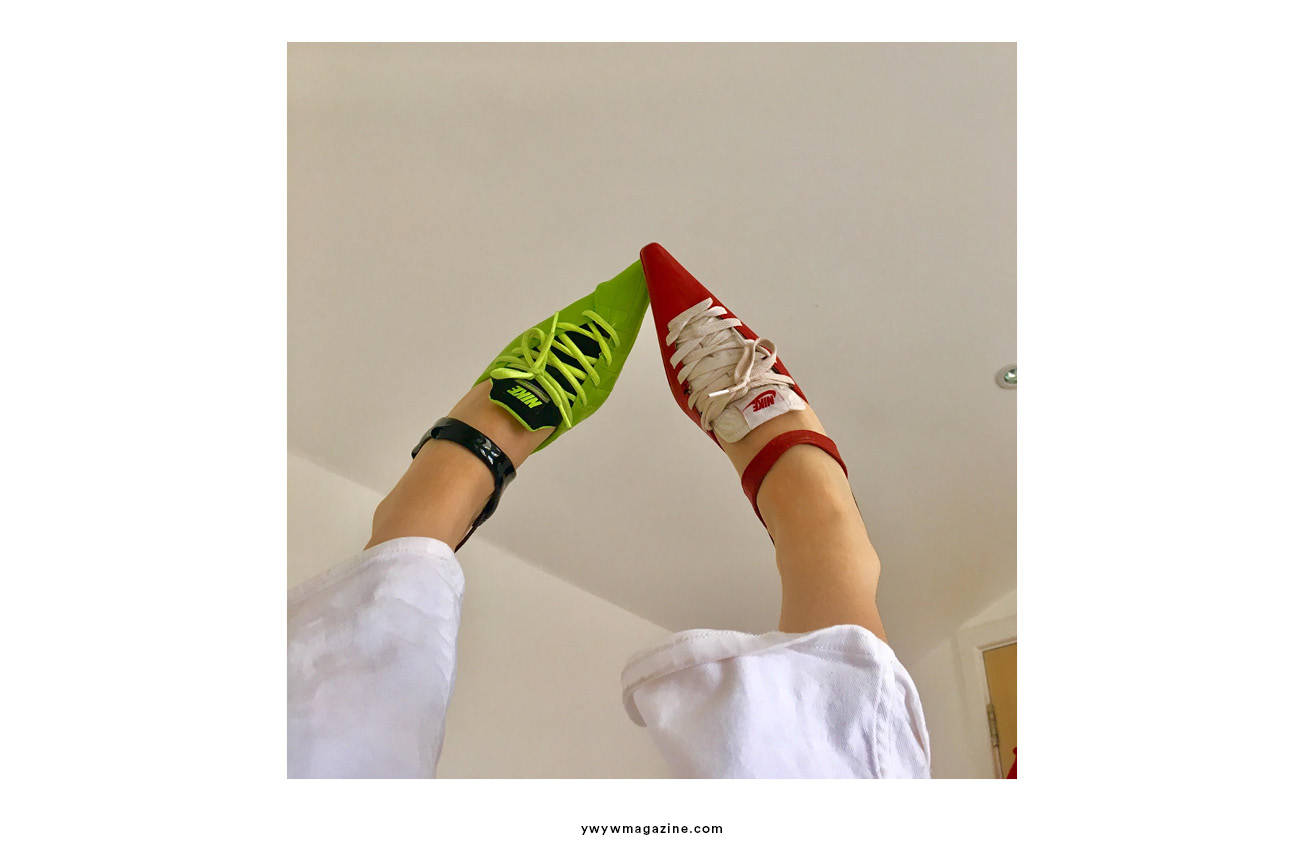 “What also really attracts me is the idea of fake glamour or elegance made out of trash and making sexy/chic things out of something that’s the opposite of that — like [my] black and orange heels made out of flip-flops.”

The designer acknowledges the impact that our consumption has had on the environment thus far, and makes a conscious effort to reuse as many older items as possible. According to Tamsin Blanchard in ‘Fashion, Environment, Change’ published by Fashion Revolution, it’s only been in the last fifteen years that clothing production has almost doubled, and as of 2018, only a mere 15% of clothing is actually recycled (and that includes donations as well). Climate change is quickly shaping and changing our perception of fashion in general, though there is currently no infrastructure governing the way companies deal with pre- and post-consumer waste. Currently, it’s up to imaginative creators like Sarca to take the initiative.