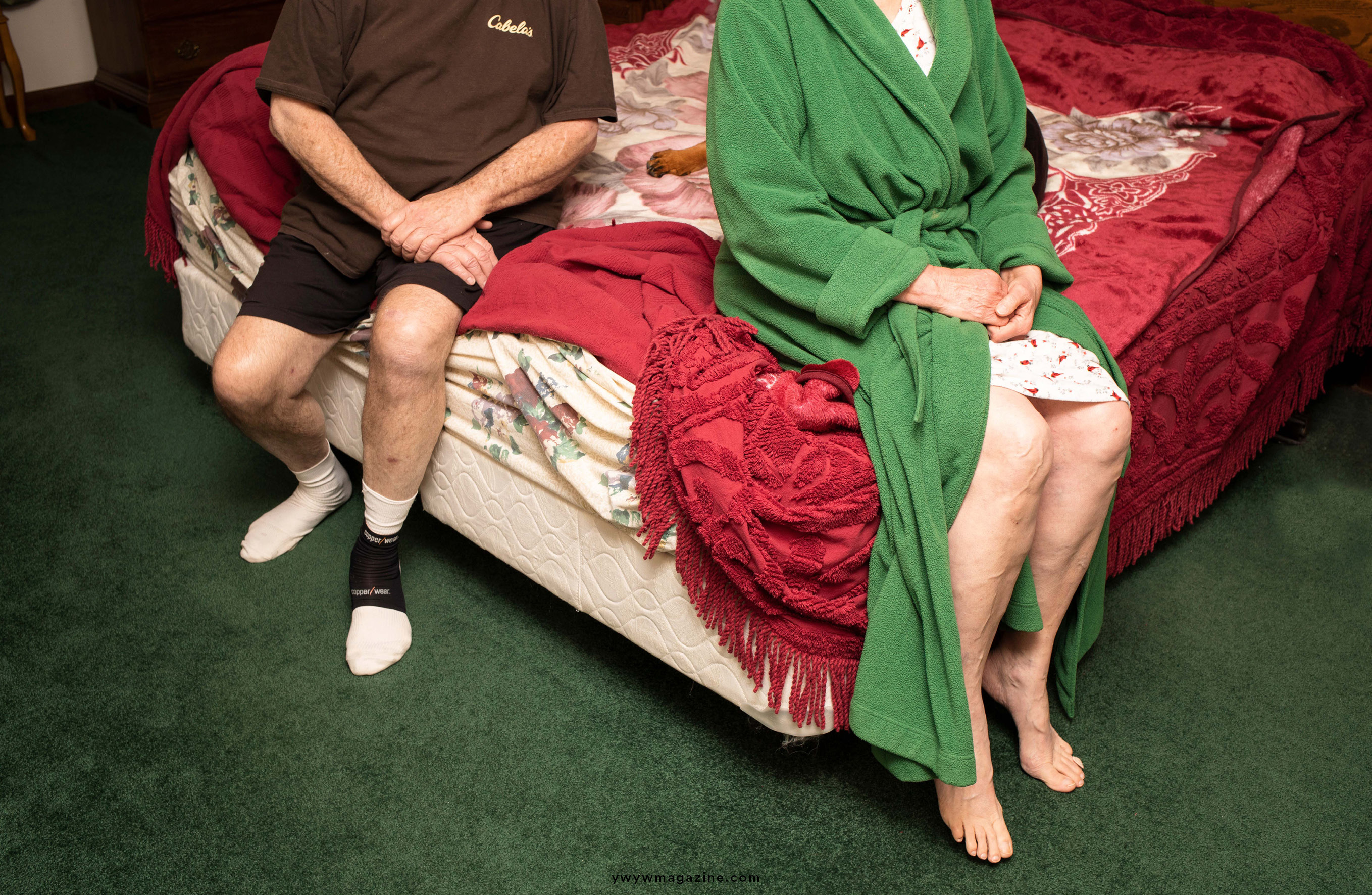 Shaun Pierson is an American fine art photographer based in New York City. He attended Rowan University where he received his BA in Radio/Television/Film in 2019. While studying at university, Shaun began to explore photography as a tool to excavate the recesses of his childhood. To further understand his recurring feelings of nostalgic yearning, Shaun began to loosely recreate childhood memories with his immediate family members as subjects in locations from his youth. The project resulted in his first ongoing photo series: the autobiographical fantasy Alvine Road. 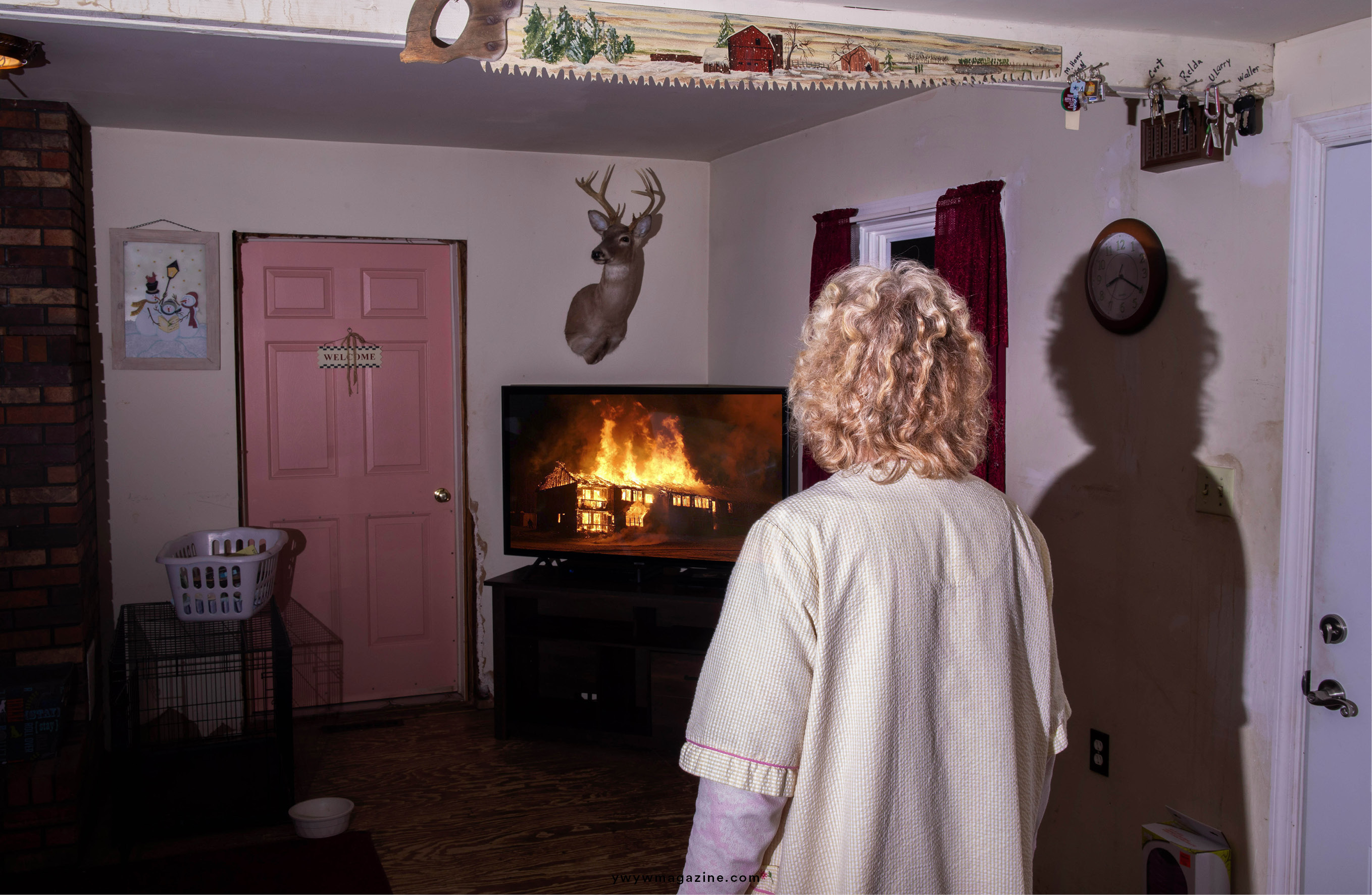 What was your dream job as a child?
When I was younger, I’d always wanted to be an actor. I was a huge Harry Potter fan as a kid and I remember how much I looked up to all of the actors in those films. That all changed when I played the Mad Hatter in a fourth grade rendition of “Alice in Wonderland” and realized that I have crippling performance anxiety.  I realized I was much more comfortable behind the lens.

Are you a detail oriented person?
In my personal life, I don’t think I am. However, when it comes to photography, I absolutely would consider myself a detail oriented person. I obsess over really small things, during both the production and post-production process. It’s exhausting but I’ve learned that I would rather obsess over tiny details than not. I like having as much control as possible and if I’m putting an image together and something isn’t right, I will keep at it until it satisfies me. 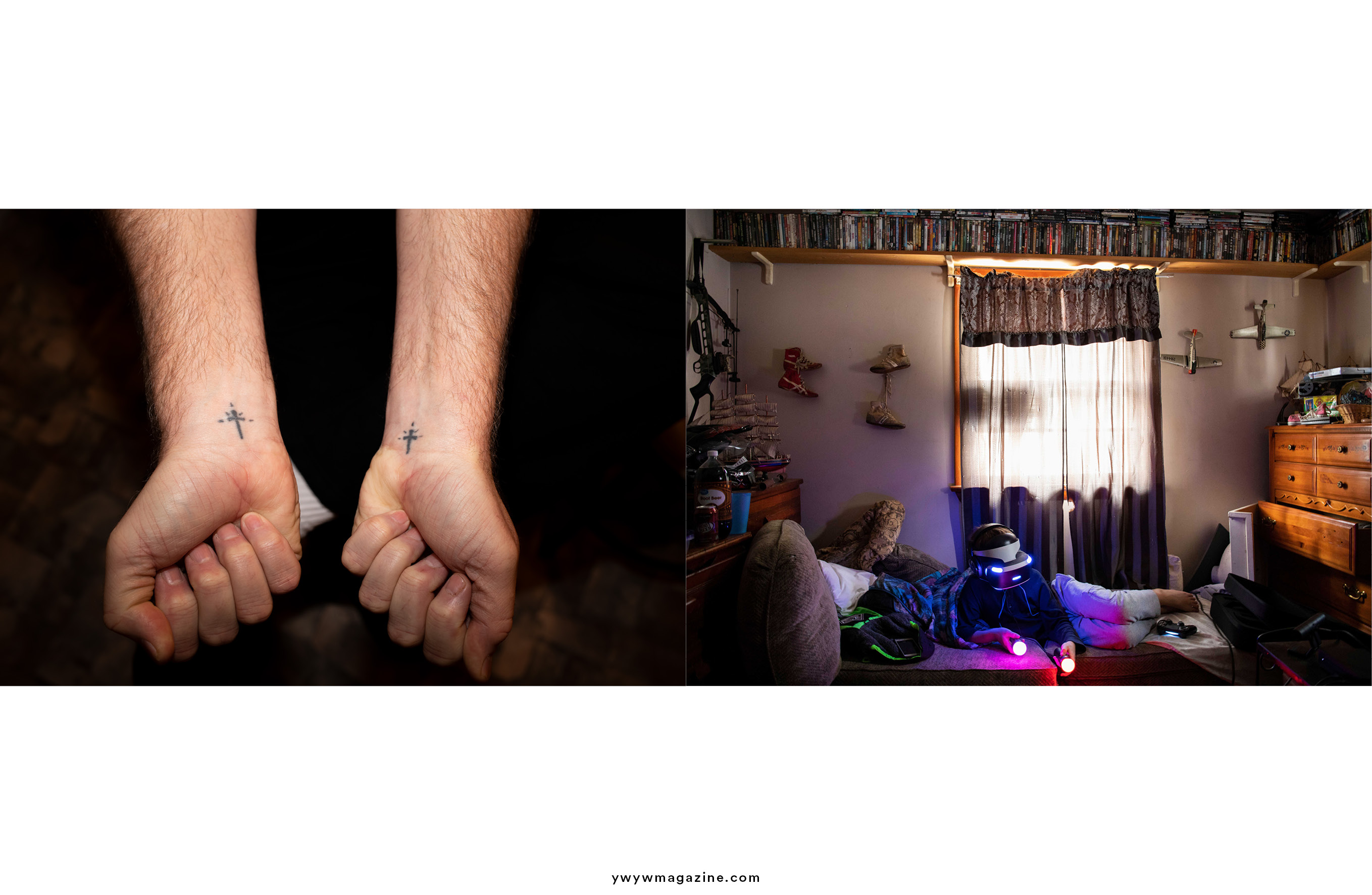 When you are shooting, how much of it is instinctual vs. planned?
It’s definitely a mixture of both. The funny thing is that I try to plan, in painstaking detail, all of my photos ahead of time; but when I’m actually shooting, I usually abandon those plans and act solely on instinct. Sometimes, the person I’m shooting will move a certain way or shift their eyes in a way that I like and it can totally transform the tone or the intention behind the photo. Other times, the location that I show up to doesn’t work on camera the way I thought it would so I have to improvise. I would say the planned parts of the photo act as the skeleton and the instinct usually fills in the rest.

Do you prefer film or digital?
I shoot solely on digital. I like having as much control over the image as I possibly can and digital allows me to actually see the image I’m making in realtime, which I prefer. I have shot film before, and it was a really freeing experience because it forces you to trust your instincts and surrender to the medium, but I just love the convenience of digital too much. I like not being limited in terms of how much I’m shooting as well. Would I love to shoot film in the future? Yes, of course! But I’m no purist.

Last movie you saw?
Technically, the last movie I watched was “Hustlers”,which I’ve watched at least five times. It’s so fantastic. But, the last new movie I saw was Michael Haneke’s “Benny’s Video”. It was the only film in Haneke’s oeuvre that I’d never seen (I’m a huge Haneke fan) and I’m so glad I watched it. It’s really stunning.

How long have you been shooting for?
I haven’t been shooting for very long actually. Maybe 4 years or so. I was always interested in photography as a child, but I was too afraid to pick up a camera. I wanted to be a writer when I was a teenager so I spent a lot of my time doing that. 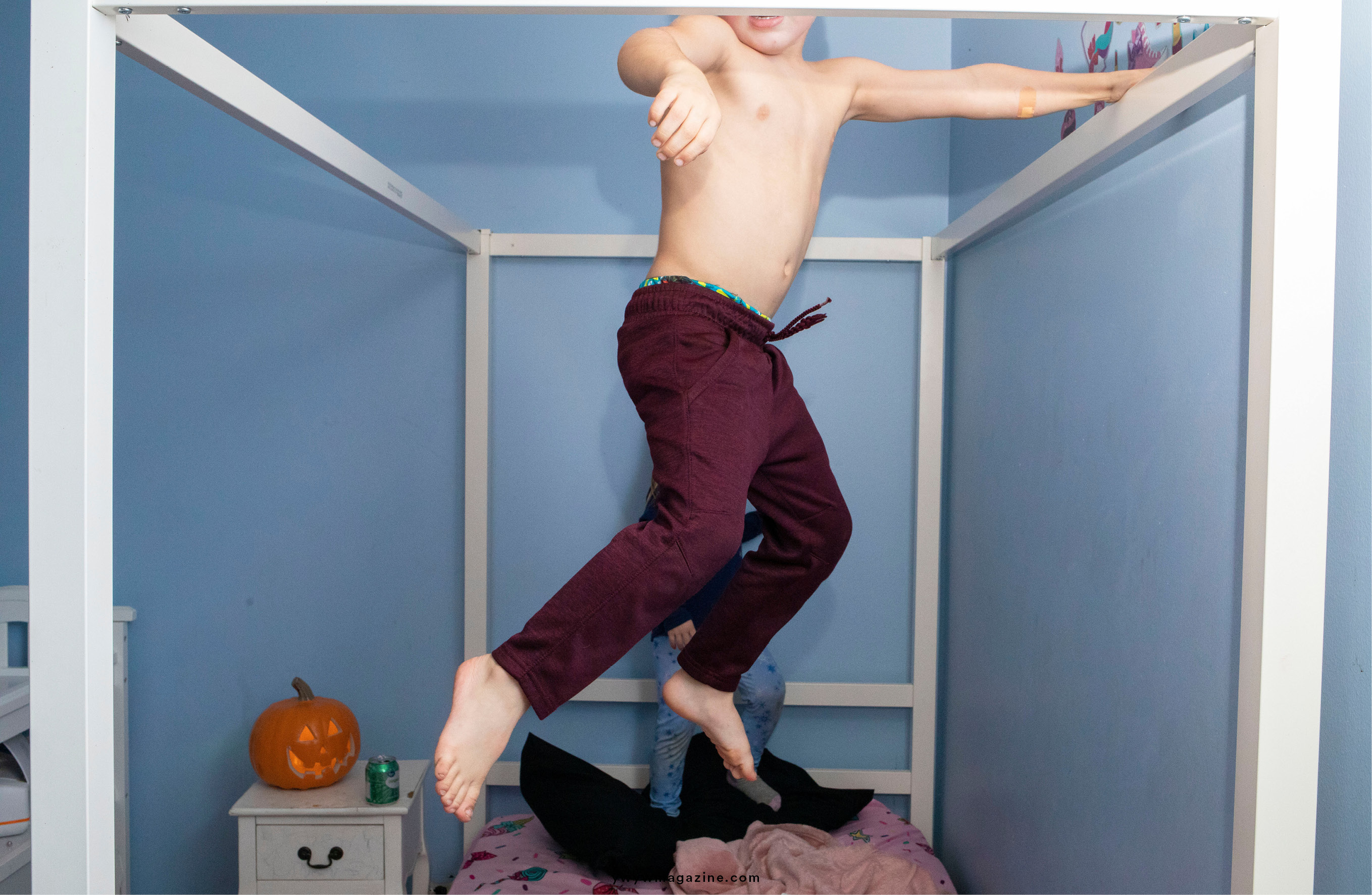 How would you describe your work?
For some reason, this question always stumps me but I would probably describe my work as melancholy, uneasy, and sincere. Though many of the photos are staged and have an eerie, heightened quality, it was important to me that they ring true. For as complicated as my relationship to home is, I have a lot of love for each and every person in those images and I want that sincerity to come through.

Which camera do you usually use for shooting?
I use a Canon 5D Mark IV with a 35mm lens. A few of the images were also captured  using a Canon T3i with a kit lens believe it or not. 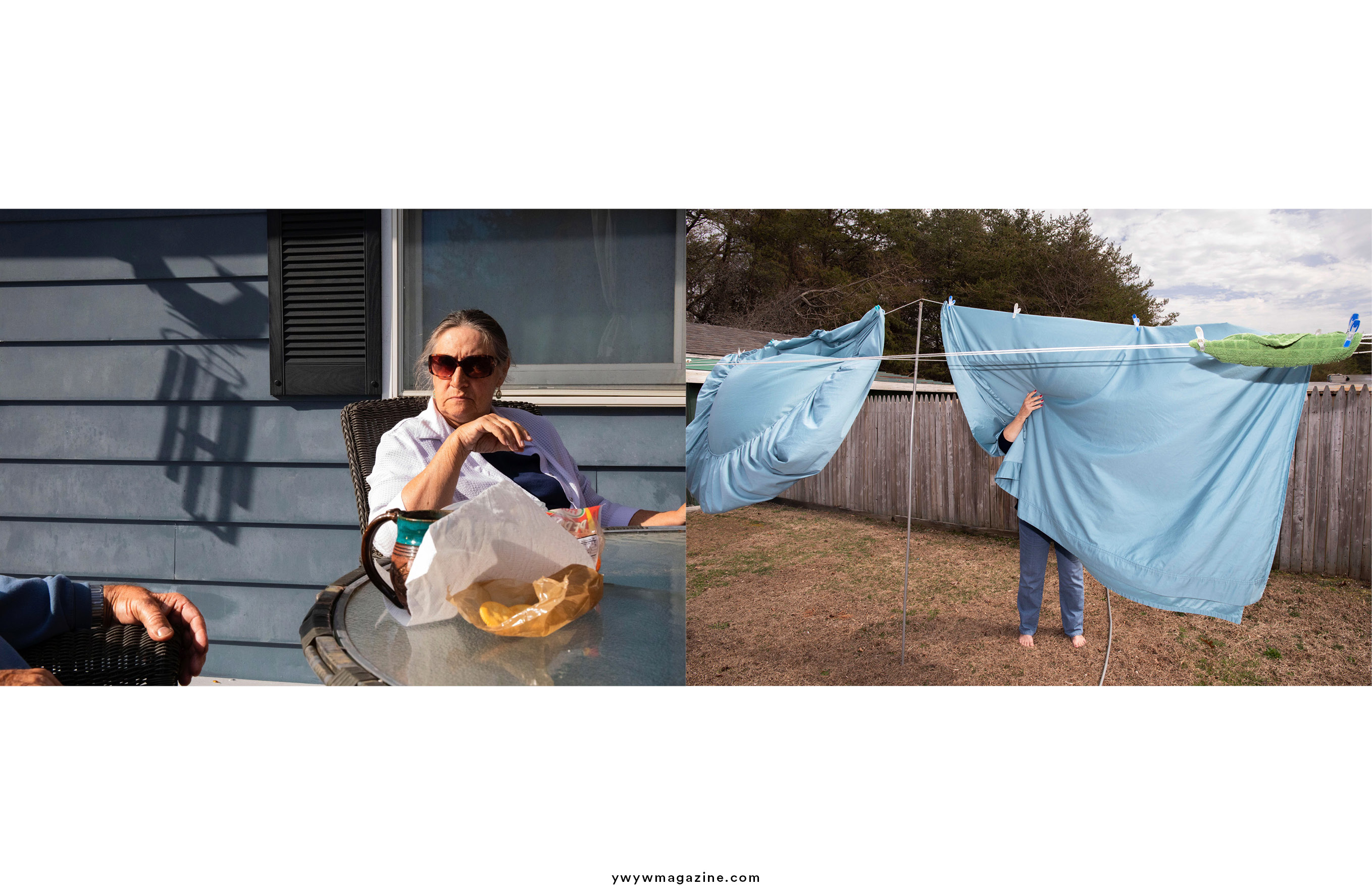 What do you want viewers to take away from your work?
Each image is very specific to me, but I don’t always want to let the viewer in on that specificity. I want them to be able to draw their own conclusions. There is clearly a lot of sadness in the work but also a great deal of beauty as well.  I want people to feel whatever they feel like feeling, as long as they feel something.

Which artist or photographer inspires you?
There are three artists that have been instrumental in both my photographic education and my career: Danna Singer, Jenny Drumgoole, and Isabel Magowan. Not only are each of them incredible artists, but they are great friends as well. They taught me, quite literally, everything I know. Other photographers I really love are Nan Goldin, Richard Billingham, Philip Lorca DiCorcia, and Sally Mann. I really gravitate towards artists who aren’t afraid of vulnerability. I’m also inspired by film, particularly the horror genre which I feel makes its way into my work quite a bit.

What does the word “home” represent for you?
Home is who you are and who you always will be. No matter how much you try to escape or outrun it, it’s always going to find a way to work its way back into your core. For me, the word “home” represents so many things, both good and bad. It represents a great deal of pain and sadness, but also a great deal of beauty and intimacy. Home is complicated, but I have a massive amount of love and respect for it because it’s such a large part of who I am. 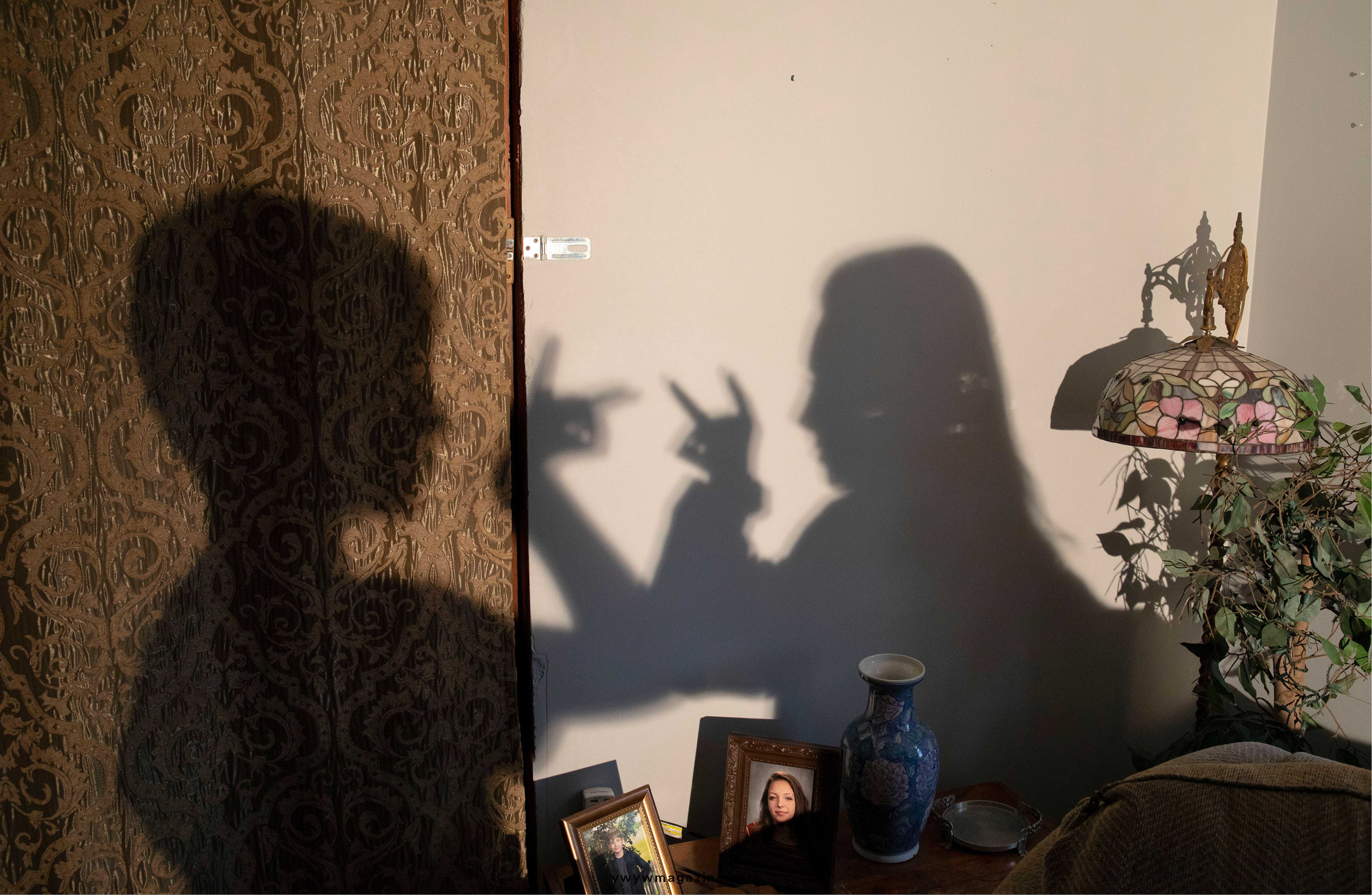 Tell us more about the development of the project, “Alvine Road”
“Alvine Road” began a little over three years ago during my third year at college. I was taking my first ever photography course and the sheer quality of work that I was being exposed to at the time was nothing short of incredible. Initially, I started taking pictures of my family out of convenience, but as I began making more work, I realized that it was something greater than that. There was an emotional attachment to the work that I was making and it took me a while to realize that the images were just as much about me as they were about the people in them.
I gravitate so much towards photographing my family because they not only represent various memories from my childhood,  but they also clearly illustrate many aspects of my upbringing that I have always hesitated to come to terms with. I grew up in rural New Jersey where I was surrounded by this seemingly unbreakable cycle of addiction, abuse, and an overall complacency with never moving forward. I discovered that staging the images and having total authority over everything in the frame was incredibly important because it allowed me to take control of the narrative in a way that I never could when I was growing up.
As children, we’re usually forced to surrender all control to those who are supposed to be taking care of us. But what happens when those people can barely take care of themselves? How does someone who grows up in such a chaotic environment break that cycle and escape? It was clear that I needed to make work that addressed all of these topics on my own terms and after coming to that realization, the way I was working completely shifted. It became a visual diary for me.

Where do you come from? I am from Dublin, Ireland but I am currently in…

How old are you? I just turned 26. Can you tell us a little bit…

How old are you? I’m 24 at the moment. Where are you from and where…