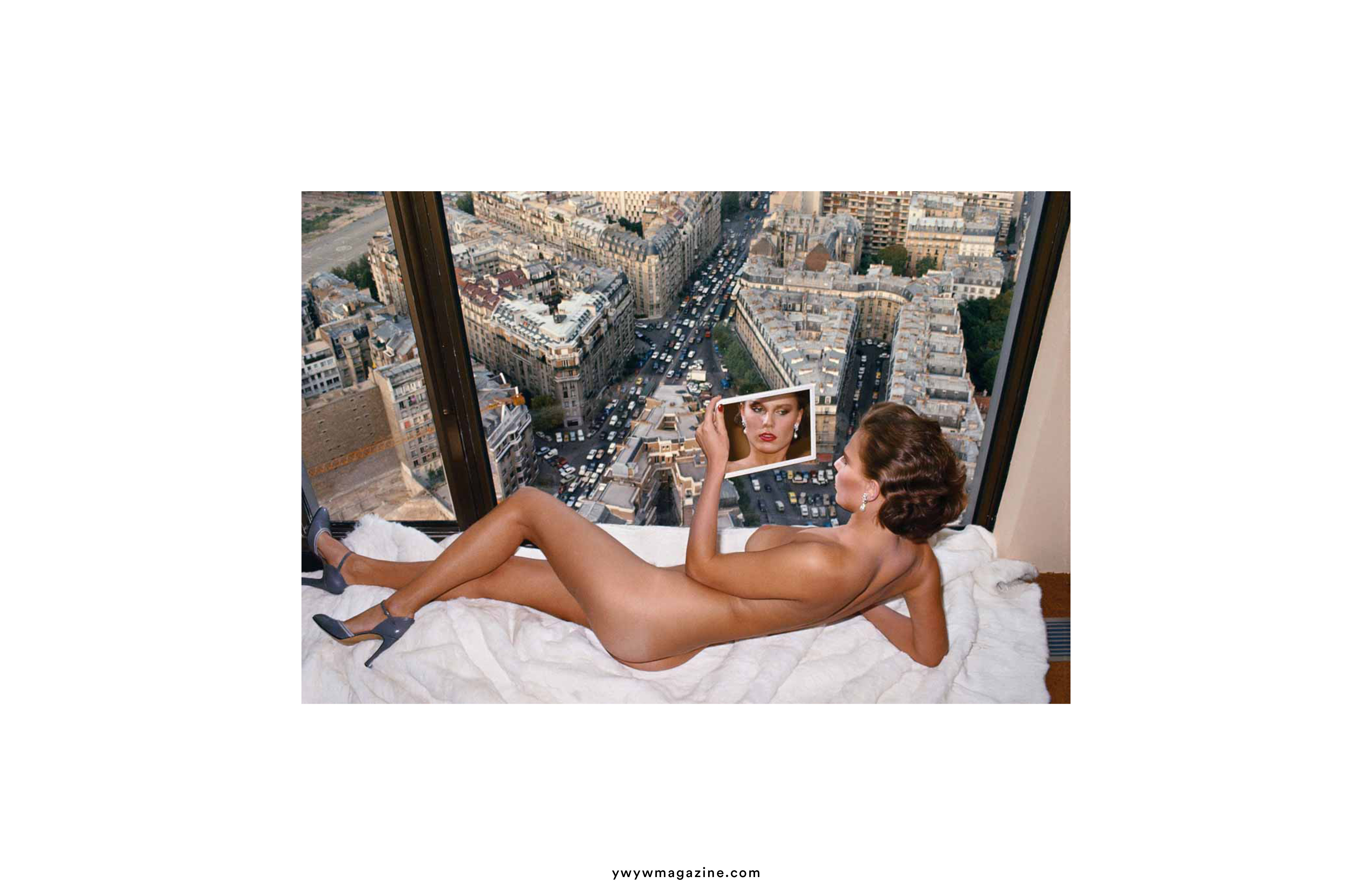 Saul Leiter, David Lynch and Helmut Newton: “Nudes” marks the first time in the history of the Helmut Newton Foundation that an exhibition is dedicated exclusively to the genre of nude photography.

Saul Leiter, parallel to his fashion photography for Harper’s Bazaar and the colorful abstractions he captured on the streets of New York from the 1950s onwards, also photographed nudes in the studio. These pictures remained under lock and key during his lifetime and only a few of his friends knew his quiet, intimate black-and-white images. While Leiter had his color film processed by photo labs in New York, he developed the nudes himself in his own darkroom. His female models were friends or lovers, whom the artist portrayed in his New York apartment over the course of some 20 years. 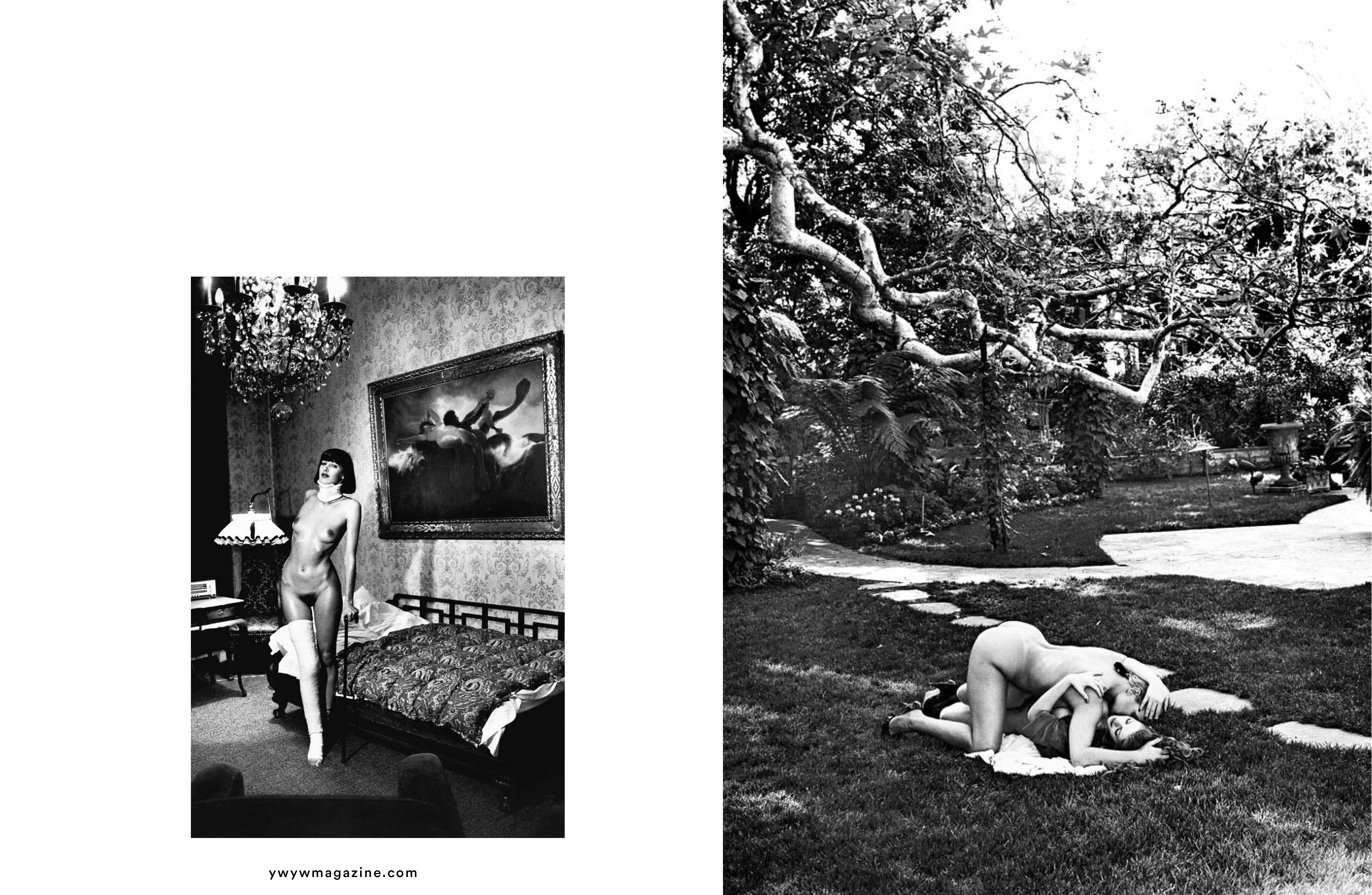 The exhibition now presents for the first time around 100 unique vintage and late prints, printed by Saul Leiter himself. In his small-format nude portraits, women recline on sofas, become silhouettes against the light, are pictured smoking and lost in thought, or smile and pose for Leiter’s camera; not all models are entirely undressed. The images are subtle, sensitive, almost shy approaches to the female body and spirit.

A similar visual atmosphere is in the nudes of David Lynch, taken half a century later mostly in Lodz and Los Angeles. Many of them are in black and white; a few are in color. In his abstract images, details often fill the frame; only upon closer examination can we associate them with the human body and compare them to our own in our mind’s eye. 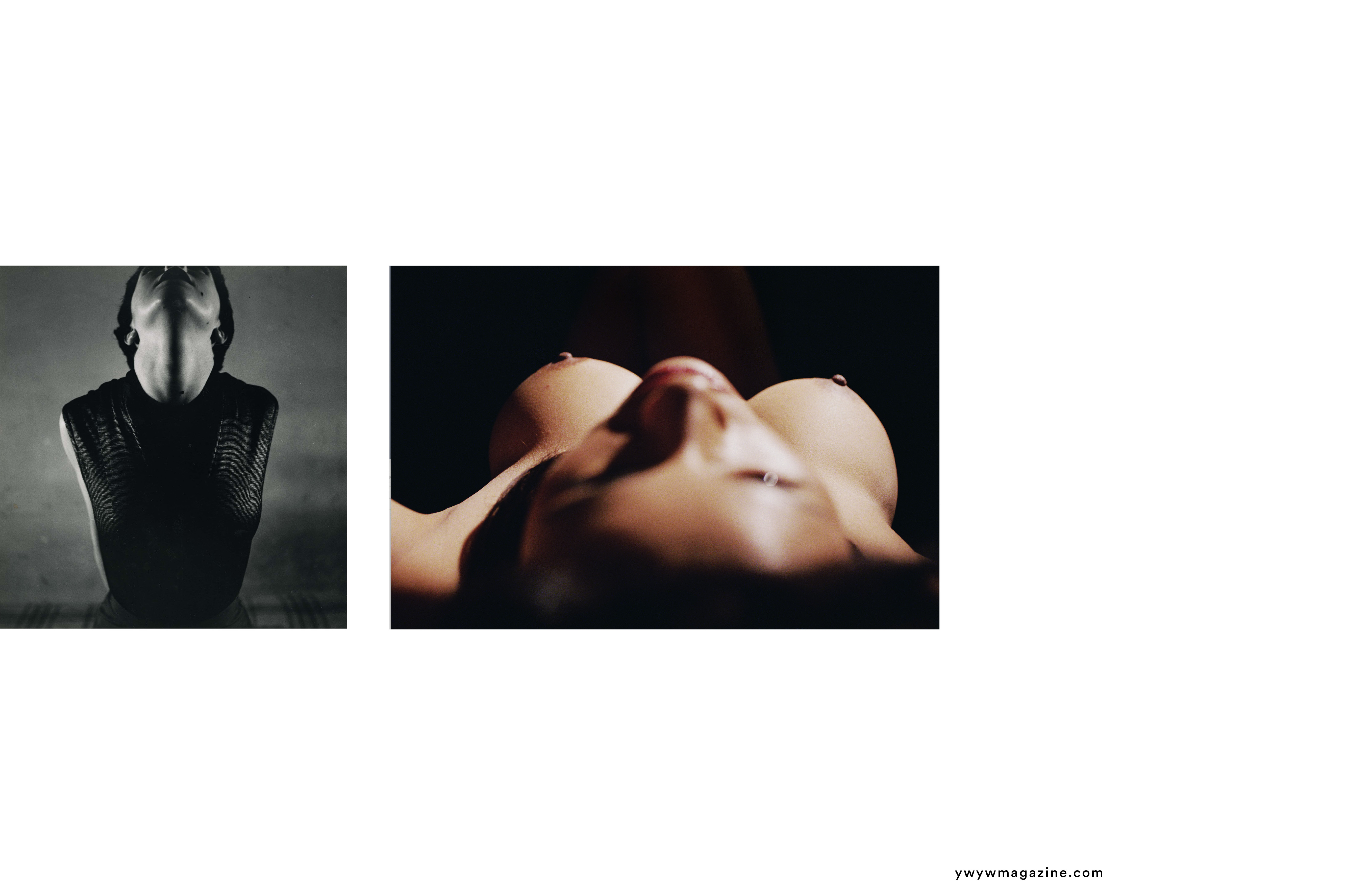 Lynch decided on a large format for his 25 photographs; they were selected and printed exclusively for this exhibition in Berlin. This show is also preceded by a book, which was published under the title Nudes by Foundation Cartier in Paris in 2016.

The photographs were created both parallel to and independently of Lynch’s cinematic work, which sometimes contains sexual allusions and actions. His photographic nudes, sometimes more observational, sometimes more posed, are as mysterious as his movies, but only in the rarest cases do they look like film stills. In viewing these images, we sense a cautious, indeed tender exploration of the female body with the camera – such visions are likely only possible through the medium of photography. A sense of intimacy (or the illusion thereof) is achieved through extreme close-ups with an almost tactile physicality, even if only a naked thigh or arm is visible in the frame. 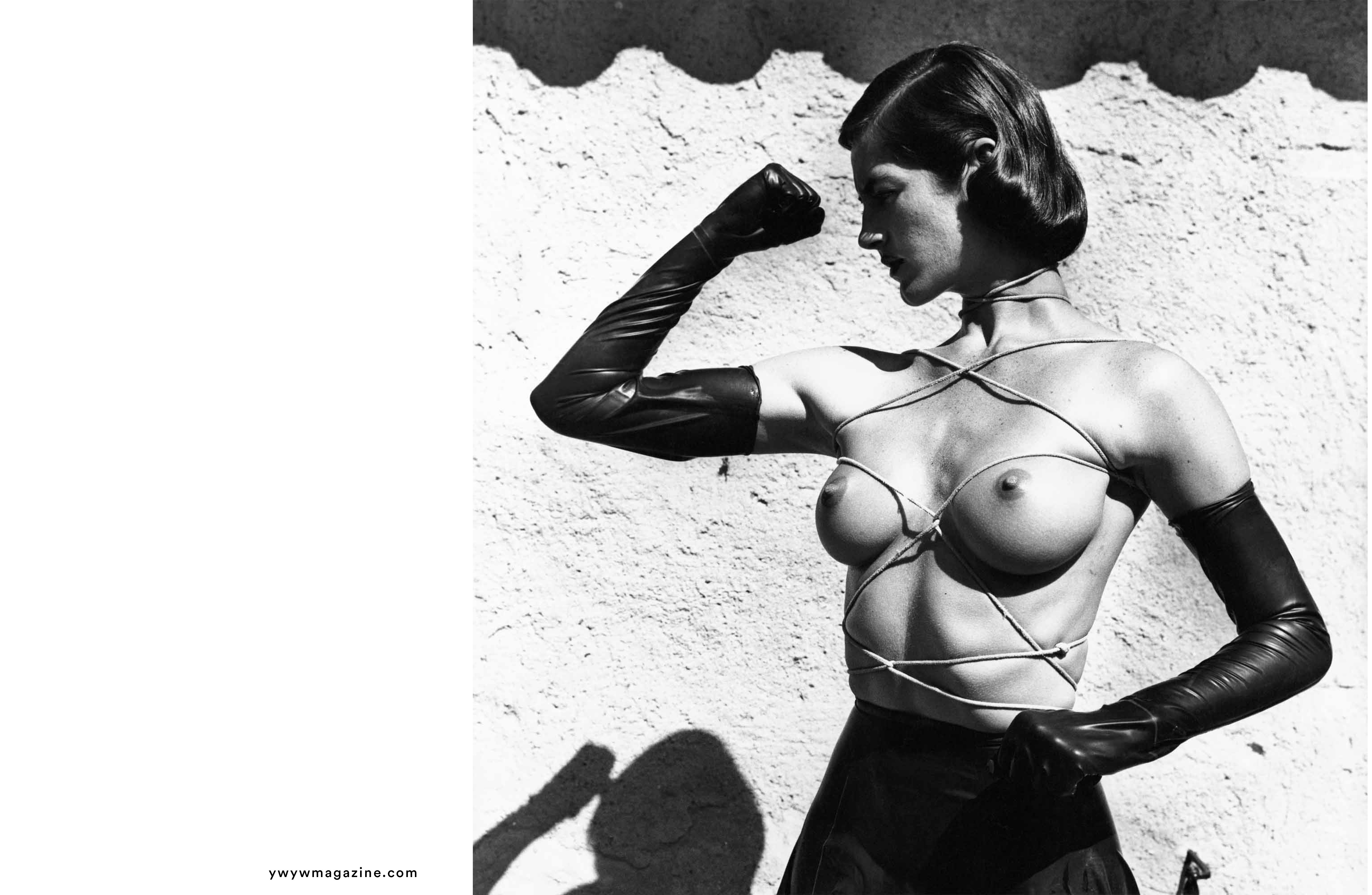 Helmut Newton began photographing nudes in the 1970s, both independently and incorporated into his fashion photography, and worked in this genre until the end of his life in 2004. His series “Naked and Dressed”, which marks the transition from fashion to nudes in his work, and his “Big Nudes” made him world-famous and inspired countless photographers and other visual artists to imitate or re-interpret them. 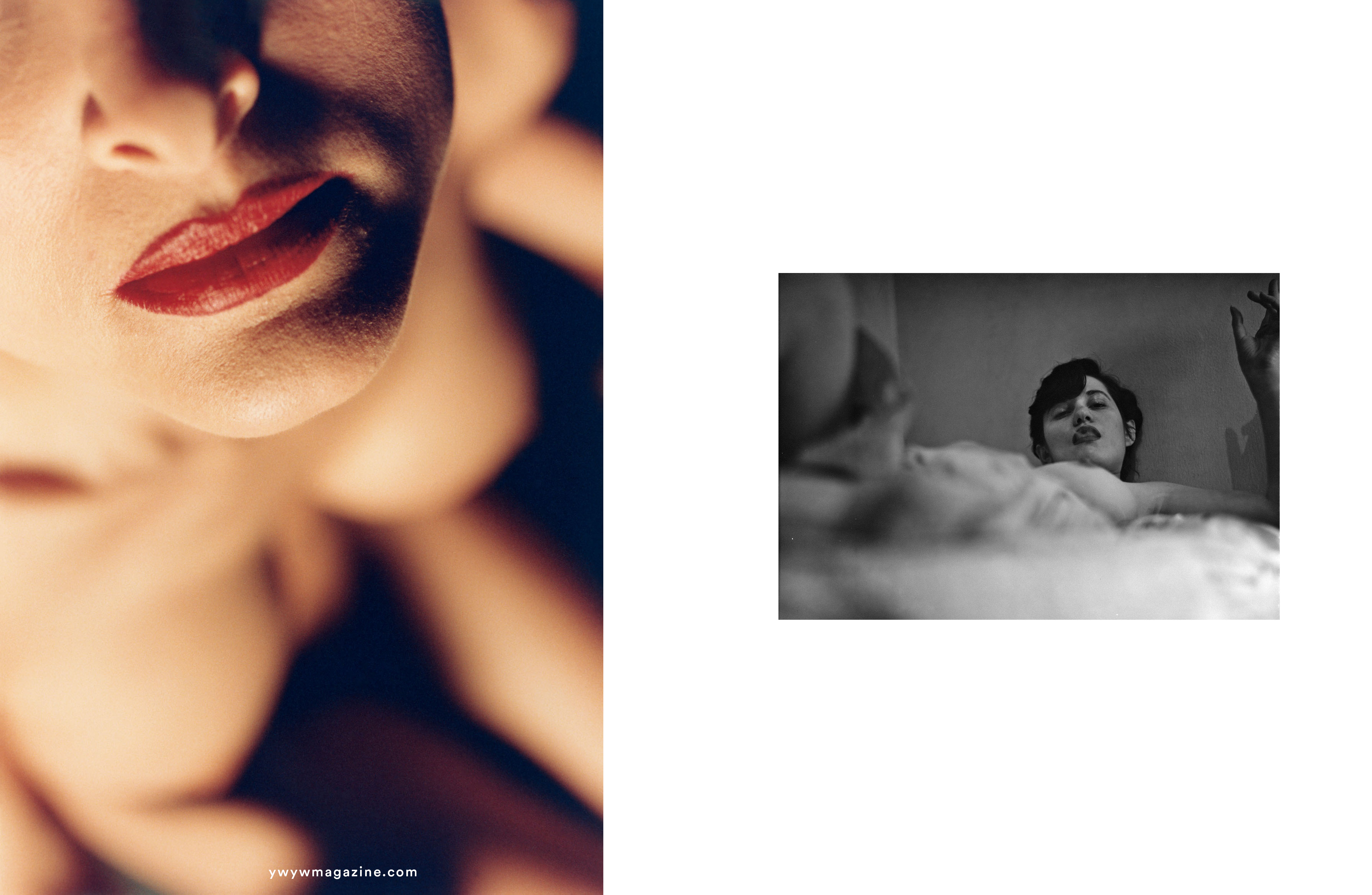 Newton created an incomparable body of work, full of subtle seduction and timeless elegance, also and especially in the nude genre. He depicts naked bodies populating swimming pools, ingenious shots of undressed mannequins and other fashion-focused nudes, half-clothed models wearing orthopedic prostheses, and provocative stagings of sexual obsession by a female cast – which open up a realm of associations where our imagination can wander.

Courtesy of Helmut Newton Foundation.
Exhibition until 19th of May.