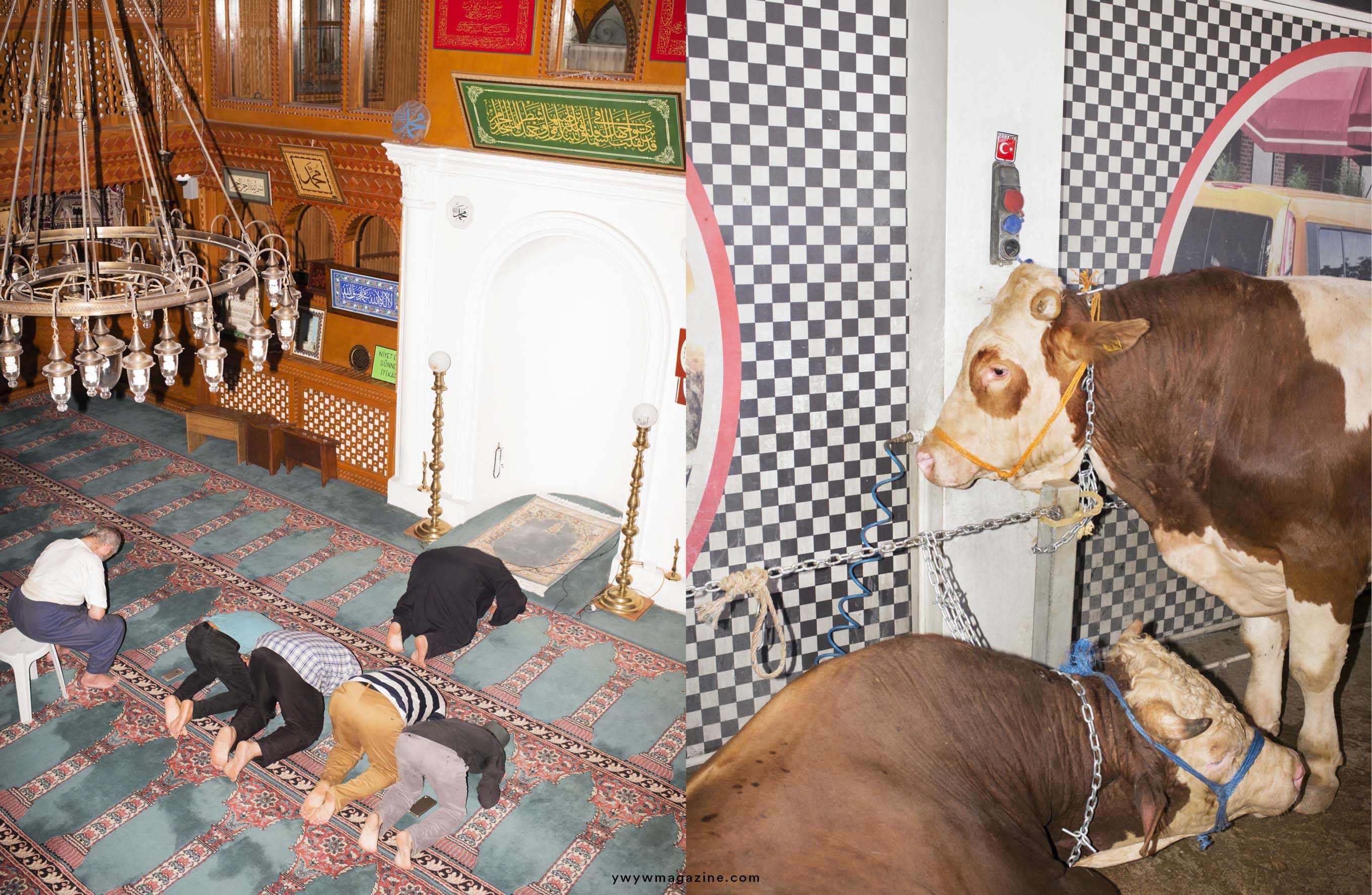 Güle Güle – goodbye in Turkish – is a photographic project by Jean-Marc Caimi and Valentina Piccinni focused on the metropolis of Istanbul that offers a personal representation of the profound changes affecting the city and, more broadly, Turkish society. The work was just released as a book by André Frère Éditions and is now exhibited at the Photographic Museum Of Humanity Lab in Bologna. The photographs, characterized by a unique and fascinating humanity and by atmospheres with peculiar visual features, are the result of the numerous relationships established by the photographers with people, in a series of key situations that allowed the authors to penetrate the complexity of the city. What follows is our interview with the photography duo whose work focuses mainly on the human and social aspects of contemporary issues and stories. 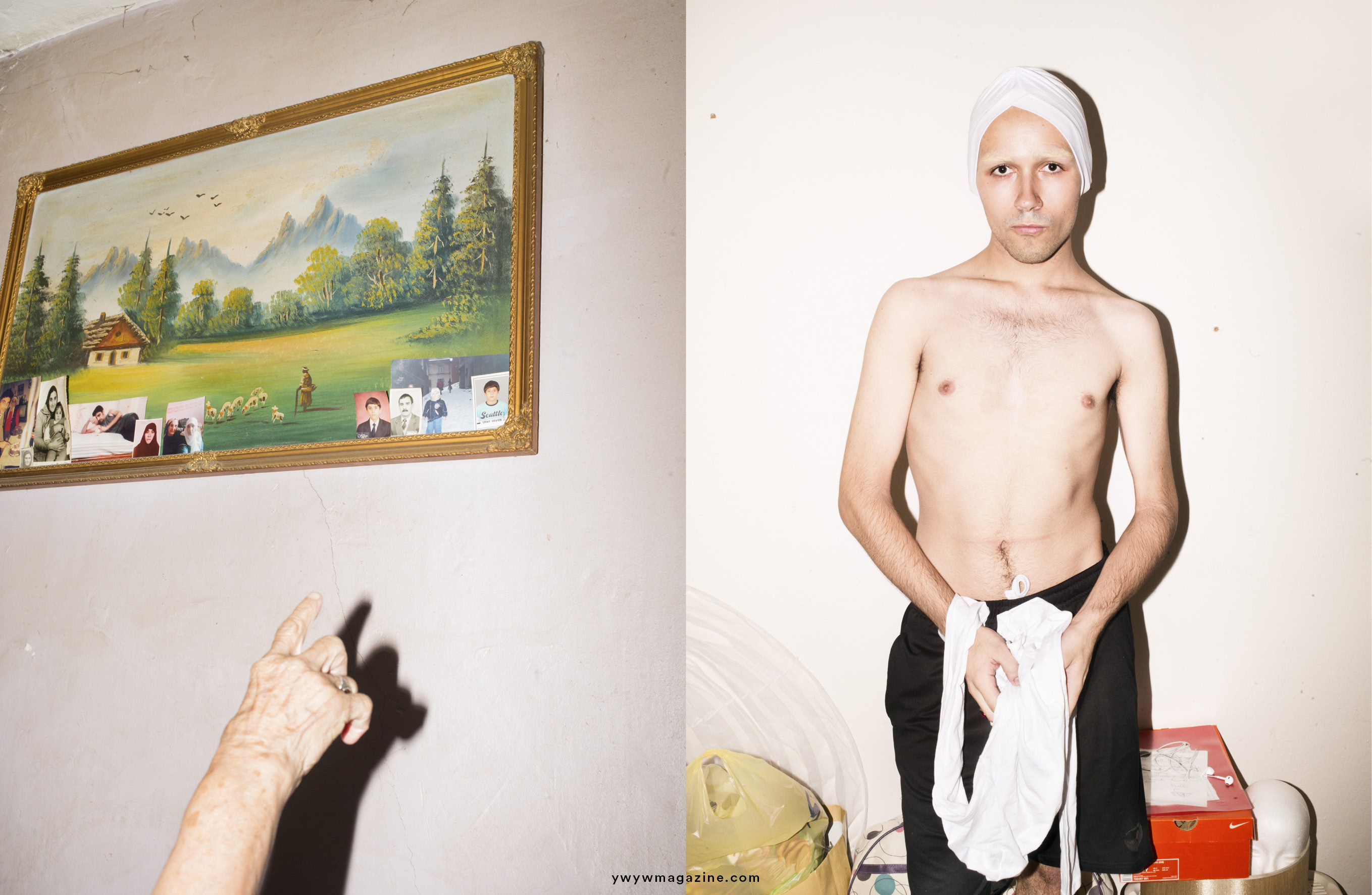 Where are you from and where are you based at the moment?
Jean-Marc is from Paris and Valentina from Bari. We are now both living in Rome, our adoptive city.

Being a duo, how do you organize your work?
Our roles both on the field and then in the studio are quite interchangeable. Of course we are both shooting, but we also support each other as mutual assistants in more demanding situations. Being in two often helps getting people’s trust and therefore allows us to have access to more personal, delicate situations, that are at the core of our projects. All the editorial work that accompanies all our photographic works is also more efficiently conducted as a two people’s team: editing, sequencing, captioning, producing proposals for magazines, and the list goes on till creating projects for books. 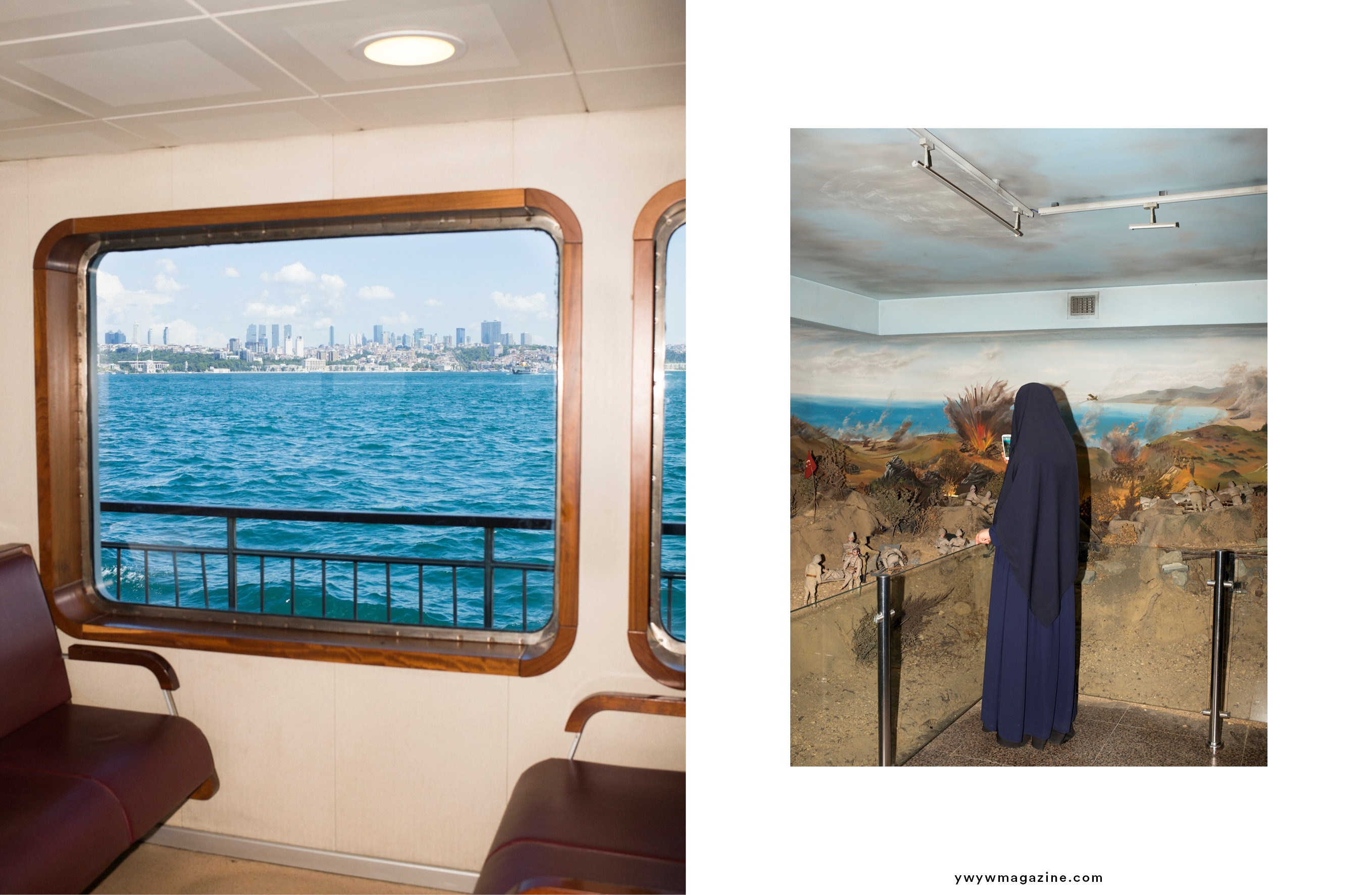 What is your favorite travel destination?
We travel a lot for our photographic projects, we meet and interact with a lot of people, getting into a multitude of lives and situations. This makes our routine beautiful and intense, but also psychologically demanding. We enjoy some solitude when possible. Remote countryside for Jean-Marc, lonely and pristine beaches for Valentina.

One thing people would be surprised to find out about you?
People are always really surprised by the fact that the pictures taken but either of us are stylistically indistinguishable from each other. For us is now completely normal and the basis of our longtime collaboration. 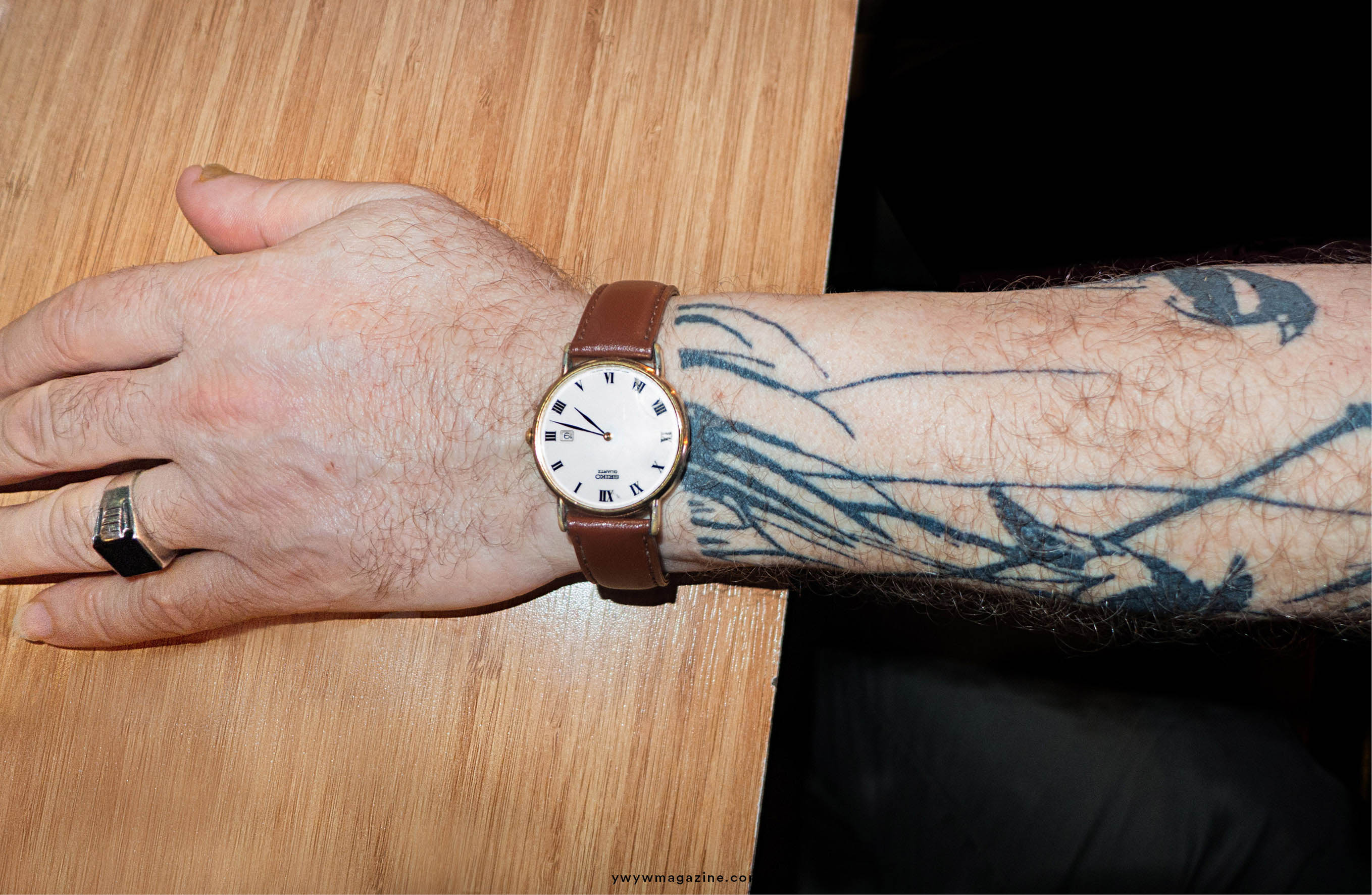 How long have you been shooting for?
We started collaborating in 2013 as a photographic duo, each of us had different paths through photography. Jean-Marc started photographing as a kid using a black and white darkroom as a life experimentation lab. Valentina got acquainted with photography through her art history studies and later as a gallery curator.

As a photographer, what do you think are extra-opportunities that social media offer with respect to more traditional forms of communication?
Social media for us became increasingly important to get efficiently in touch with all the realities and the people related to the subject of our project. It’s often just a first, but crucial, step in building contacts and relationships.
Furthermore, for some of our recent projects we used social media as the main tool of documentation. We made a work about kids in isolation during the lockdown only using Zoom and a work about “social media Islam” only through the live events of YouTube and Facebook. 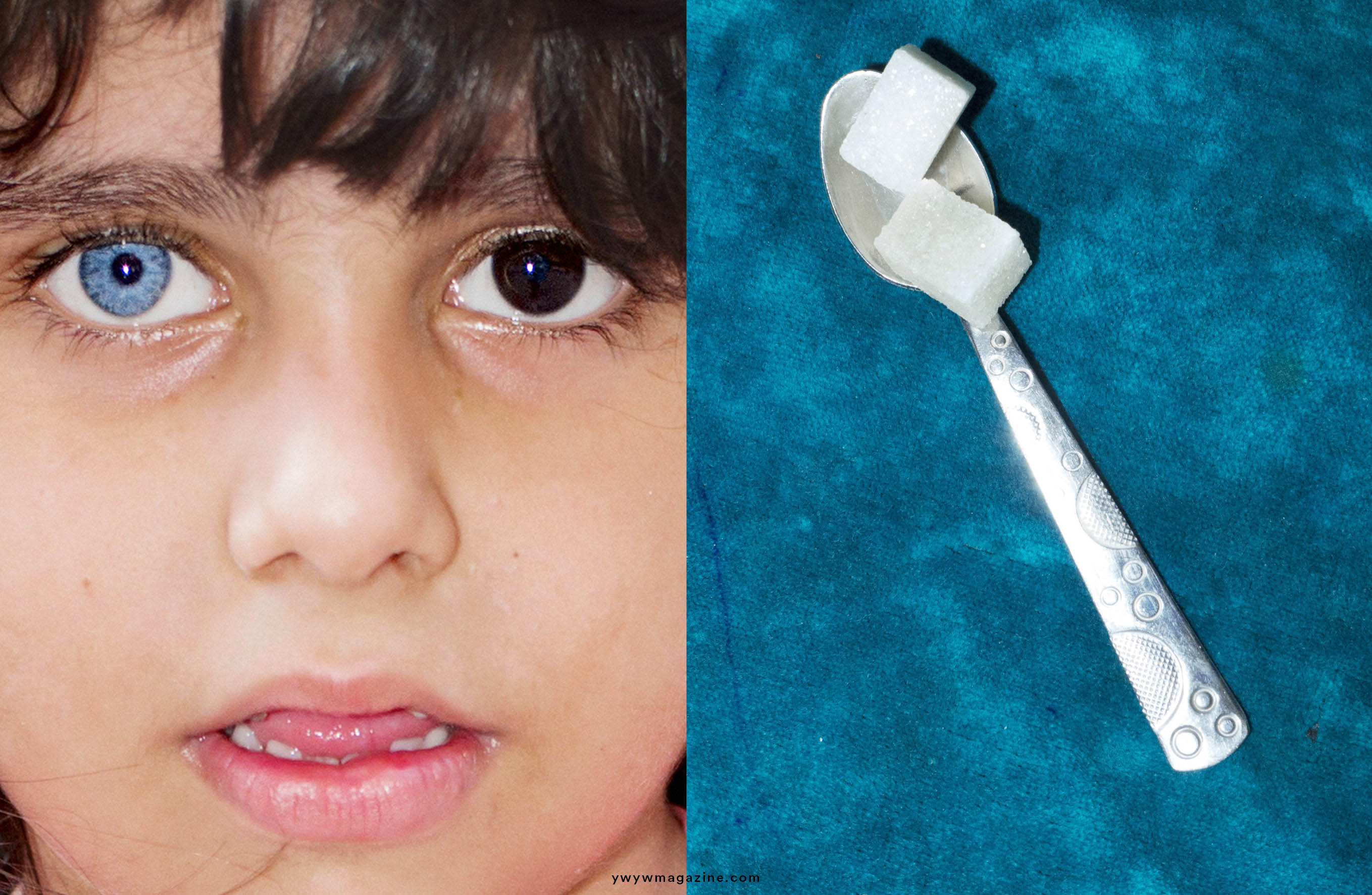 Are you more focused on the subject or on the scene?
We think that the most important thing in photography is the “who” not the “what”, the latter being only a consequence. From war stories to social projects, we always want to deeply connect, understand and document the people, the humanity involved, the motivation behind people’s choices and decisions which are sometimes drastic and extreme and are daily shaping our life and world.

How would you describe your connection with the camera when you are shooting?
To us is very important to have very unobtrusive, light, “transparent” gear. In our most important works the human relationship is the key aspect. Having big and sophisticated equipment slows you down and tags you as a “photographer”, while you just want to be a “person”. Taking pictures is a consequence of a relationship, a mutual understanding with people, an effort of descending into a new, often unknown, world. We prefer to focus on the connection with the subjects and the events, rather than connecting with the camera. Our equipment is whatever is needed at the moment, often worn, unbranded, dirty as the whole real life is. 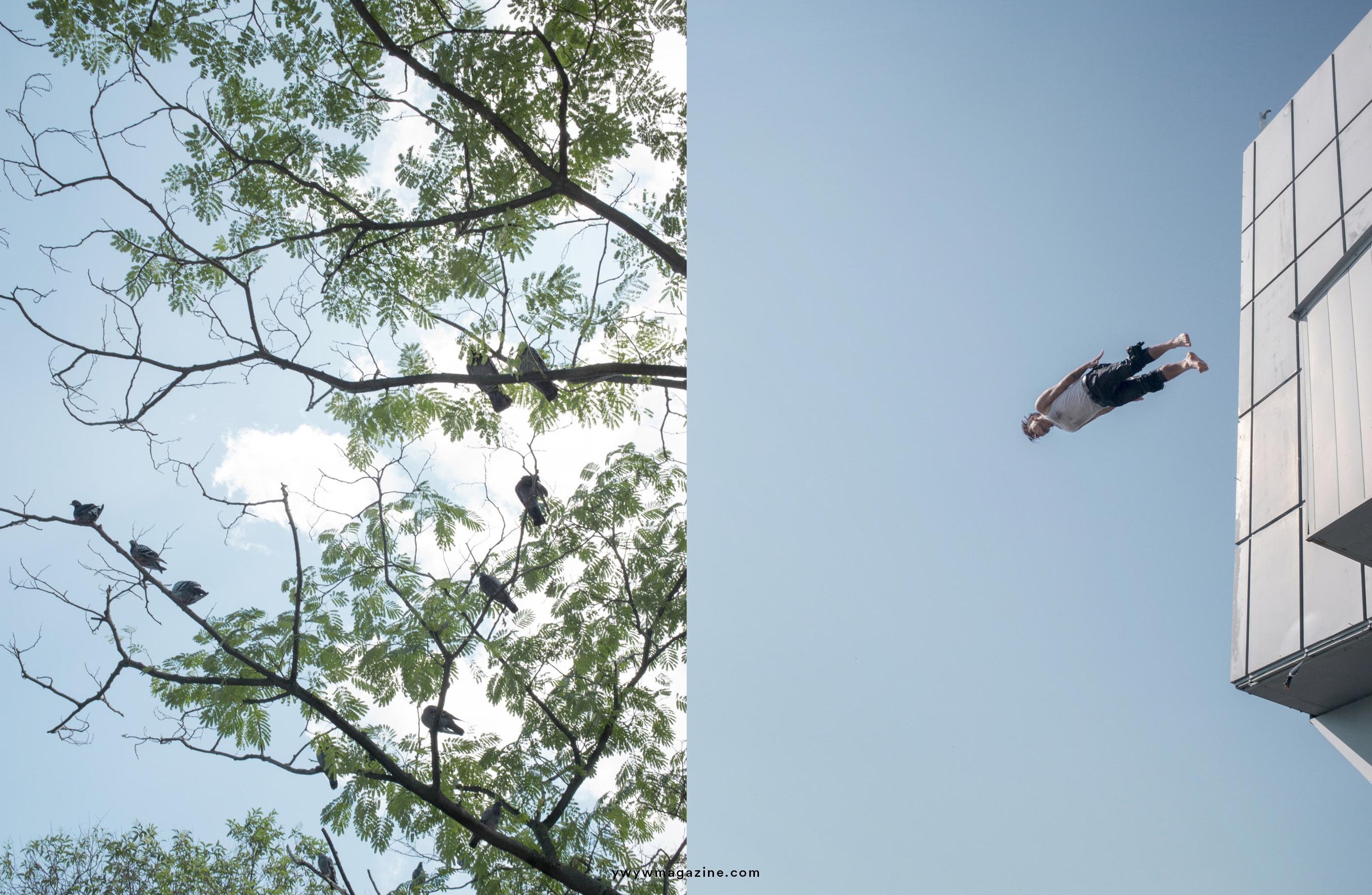 When you are shooting how much of it is instinctual vs planned?
The two things come into play at different stages. It’s initially important to make a precise plan for your project, listing all the photographic elements you think are essential to virtually include to outline the story. Planning in advance it’s also about creating some kind of network of people you can rely upon while on location. It gives you much room while on the field to feel free, improvise and be instinctual. It’s the starting point of an unstoppable domino effect, bringing you to unexpected experiences that are going to make your work alive and vibrant.

Can you tell us your source of inspiration?
We are very much influenced by other forms of art. Jean-Marc mostly by music, being a musician himself, and Valentina, following her studies’ interests, by paintings and visual art in general. Being inspired by other types of art forms is an interesting and subtle way of being influenced and inspired. The conversion process from music to images, from painting to photographs creates a whole new transitional fertile dimension, where ideas grow and reproduce. 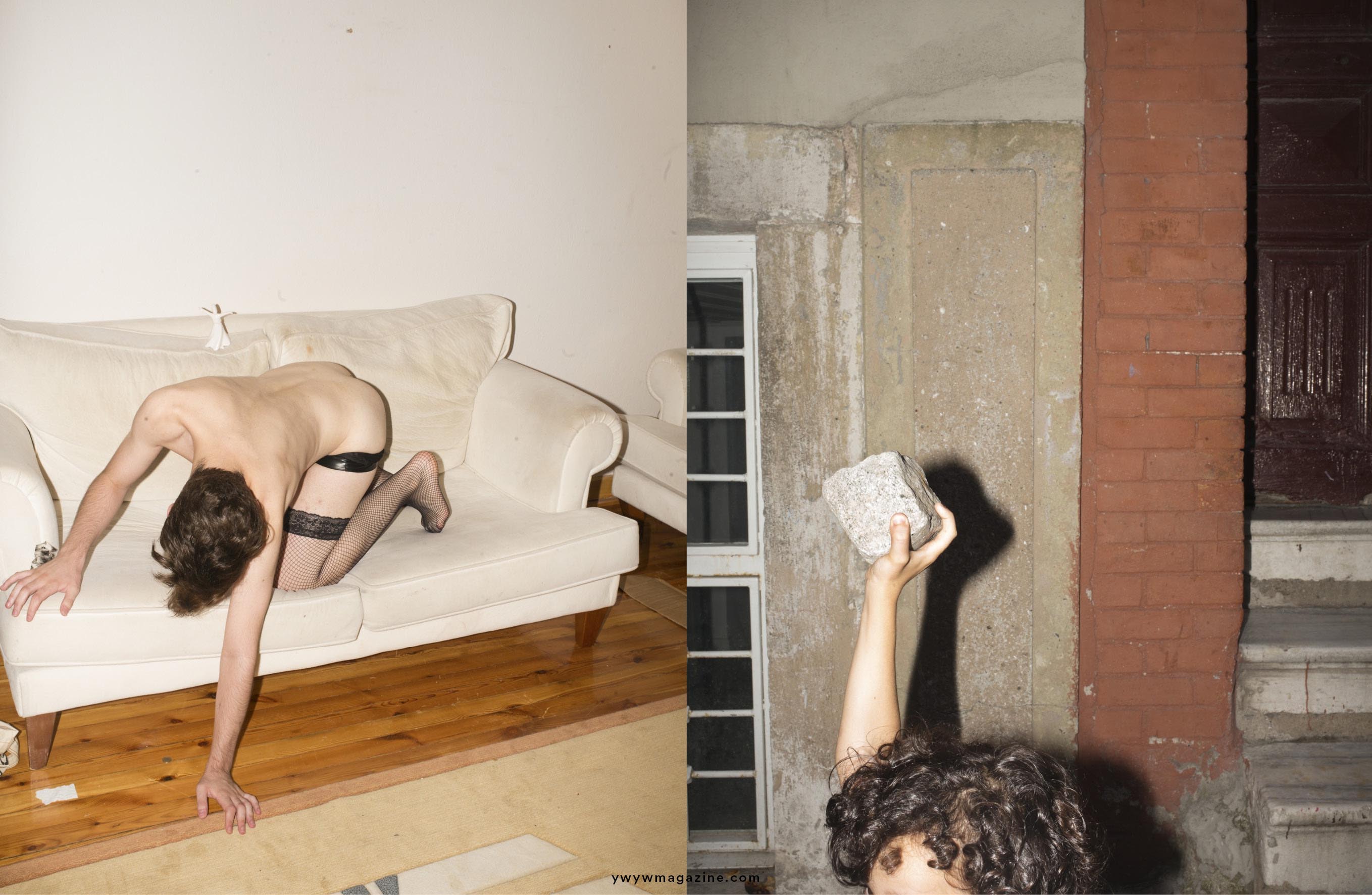 How did you get the idea to create the series?
We have been following the Turkish society, micro and macro events happening in this pivotal country for years, but we previously had some difficulties in making our multiple ideas for a project coming to a practical point, thus allowing us to start photographing. Lately, for a conjugation of factors, all the pieces began to converge and we moved to Istanbul to start working. The concept was to take advantage of our documentary approach foundations, built over time, to conceive a work subverting the rules, with a totally free and instinctual visual approach. We wanted to make a non-linear photographic work, mainly based on the strength, symbolism of the images and their capacity of having a multilayered meaning and lecture. An open ended narrative with room for interpretation and personal reflections over the subject.

What is the meaning of the title “Güle Güle”?
This perfectly balanced, double-confirmation word, simply stands for “goodbye”. It’s a farewell from a certain past heading to an uncertain future. “Güle Güle” was just released as a book by french publisher André Frère Éditions and was recently exhibited at the Biennale Für Aktuelle Fotografie in Mannheim, Germany is now on show at the PHmuseum Lab in Bologna and it will be exhibited in Strasbourg from the 28 November at the gallery “La Chambre”. 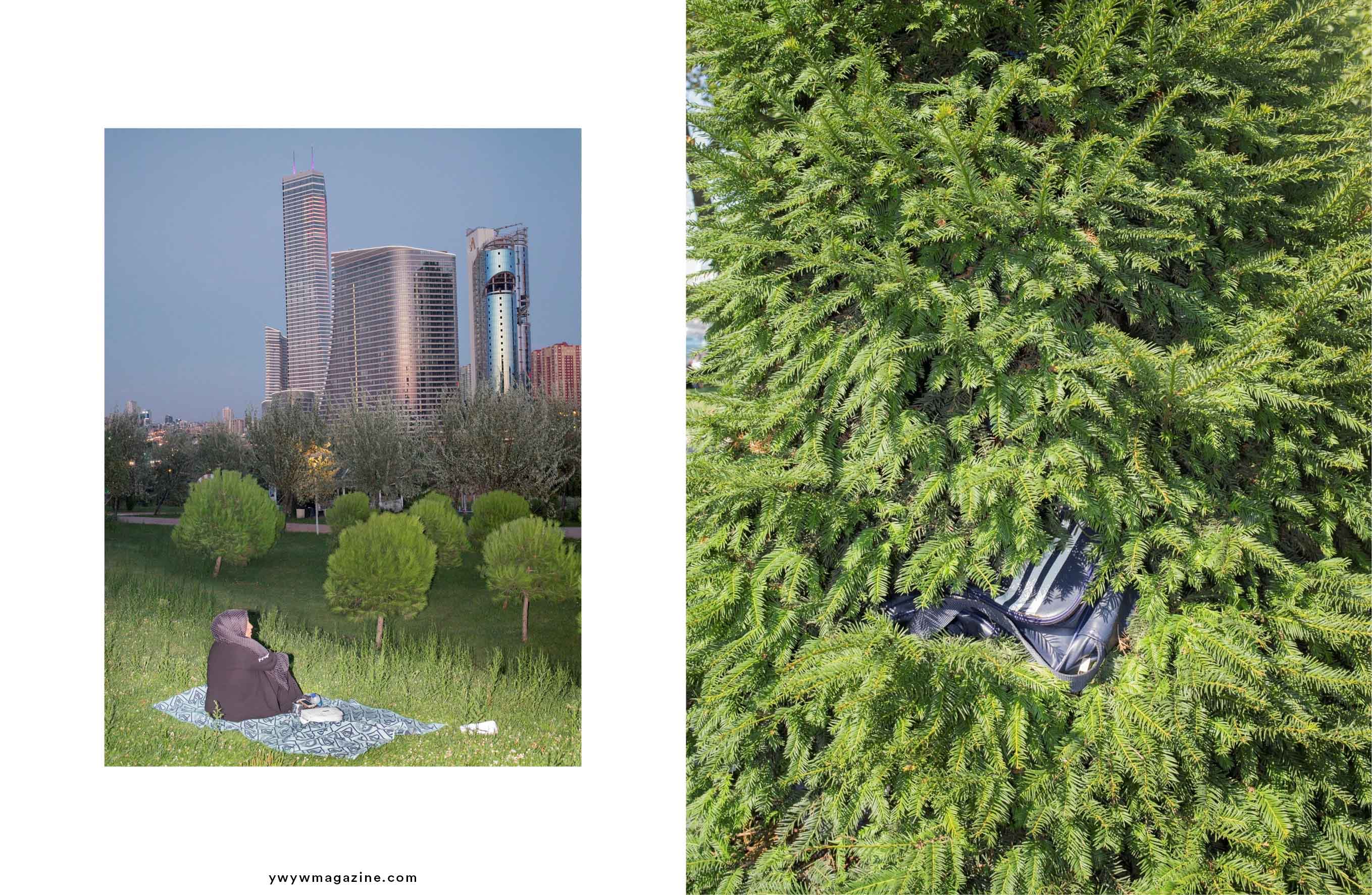 Why did you choose Istanbul as your background city?
Istanbul is the third chapter of our “city in transition” series with Naples and Rome as the two previous installments. What is happening in Istanbul and within the whole Turkey represents the mirror of the dominant mechanisms ruling the world. The society-polarizing role of the political power, the cities gentrification, the marginalization of the poorer classes, the increasing discrimination of homosexuality, the women’s critical role and condition, the migratory influx, these are just some of the realities behind the subjects portrayed.

What are your favorite shots from the series? why?
Some shots become iconic beyond your will. The “falling man”, a young glue sniffer diving from the Galata bridge into the Bosphorus, for example. Or the “two colored-eyed girl” a young Syrian refugee, the only survivor of her family. These images stand out for their symbolic power and are able to represent a whole work. But we are very much fond of more quiet photographs that represent our relationship with some special people we met during the work. A young naked guy on a couch expressing his sexual freedom, the arm of a Kurdish man who’s been in prison for his ideas… 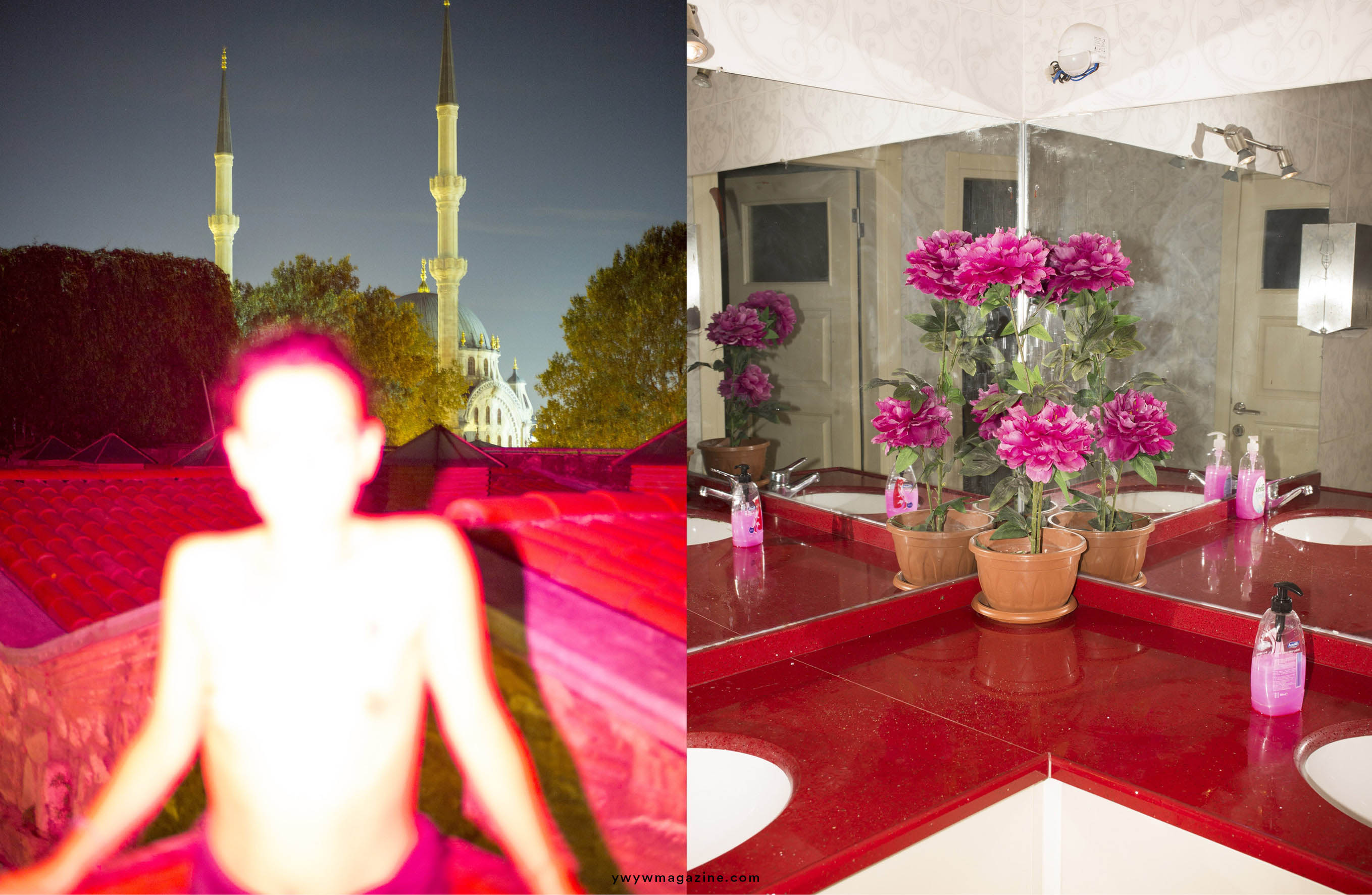 What do you want the viewers to take away from your work?
We believe in the inherent beauty and poetry of life. Our photographs are straightforward, stripped from beautification concessions or artificial magic, motion blur or artistry visual indulgence. Life itself is the art. We often brightly light up photographs with bright flashlight to grab every detail, imperfection, paradox, coherence, incoherence and perpetual astonishment of our very existence.