Scarlett Coten is a photographer born in France. After studying at the National School of Photography in Arles, she dedicates herself essentially to personal, long-term projects. Scarlett is the winner of the Leica Oskar Barnack Award 2016 for her project «Mectoub» she worked on from 2012 to 2016, travelling across seven Arab countries: Morocco, Algeria, Tunisia, Egypt, Palestine, Jordan and Lebanon. 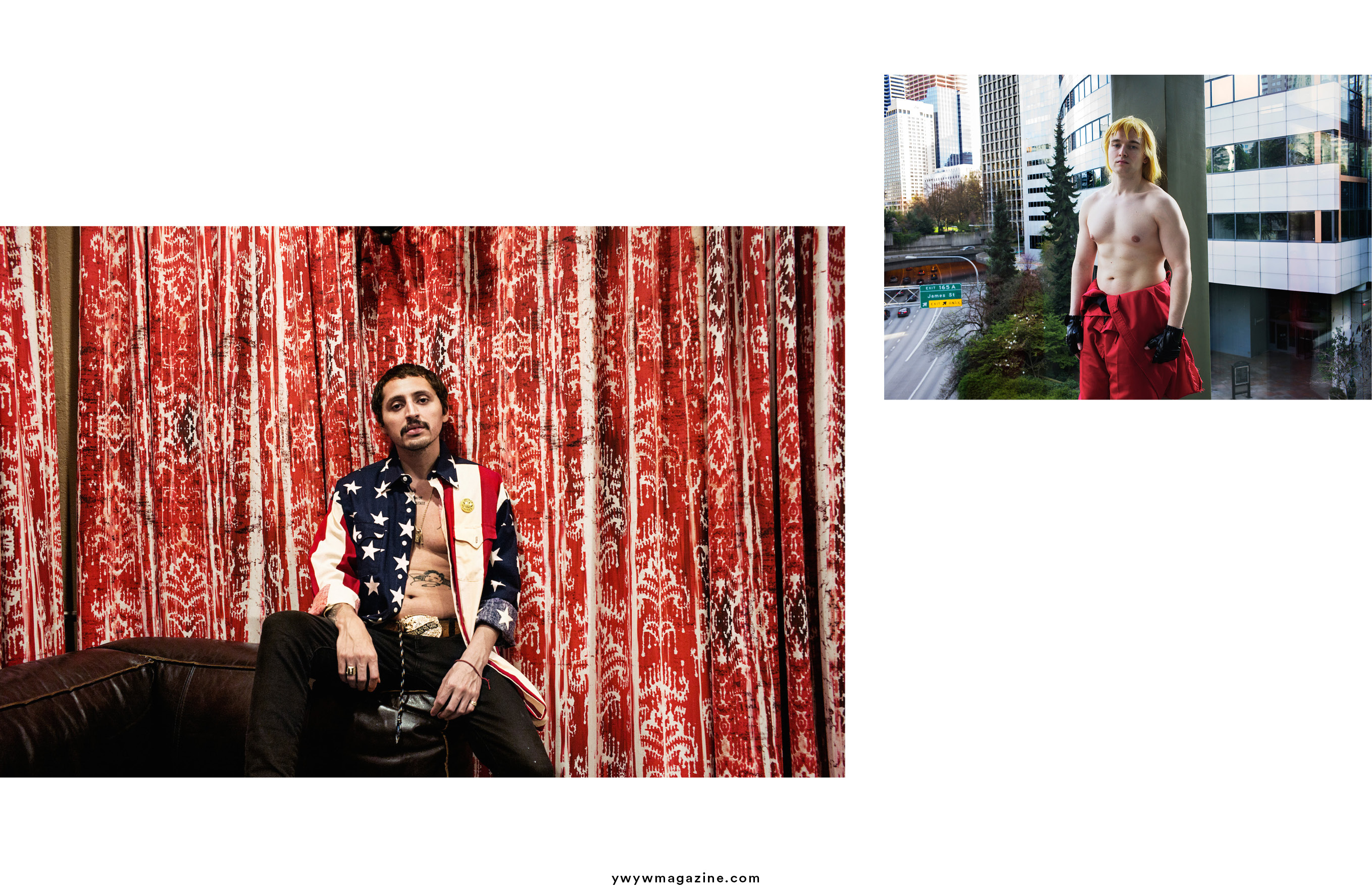 The “Plan Americain” refers to a specific way of framing movies, developed from cowboy movies: the word plan translates into rendez-vous: created during the so-called Arab Spring Mectoub, the project offers a female point of view on men, questioning the traditional depiction of men in the Arab world. 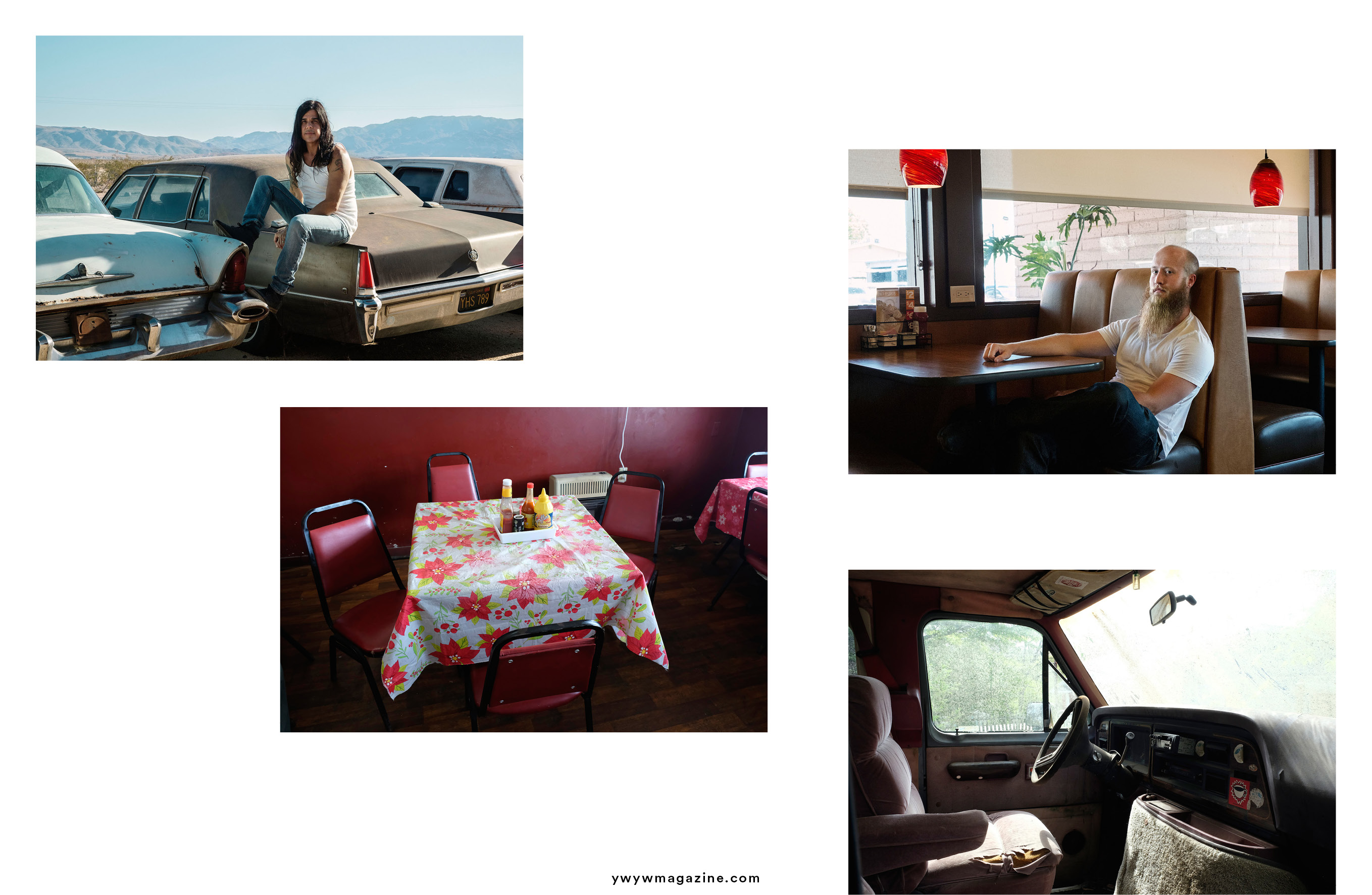 “Mectoub” approaches Arab men during a travel in Morocco in the expression of who they are, pushing the viewer into a reflexion on the notions of identity, gender and power. 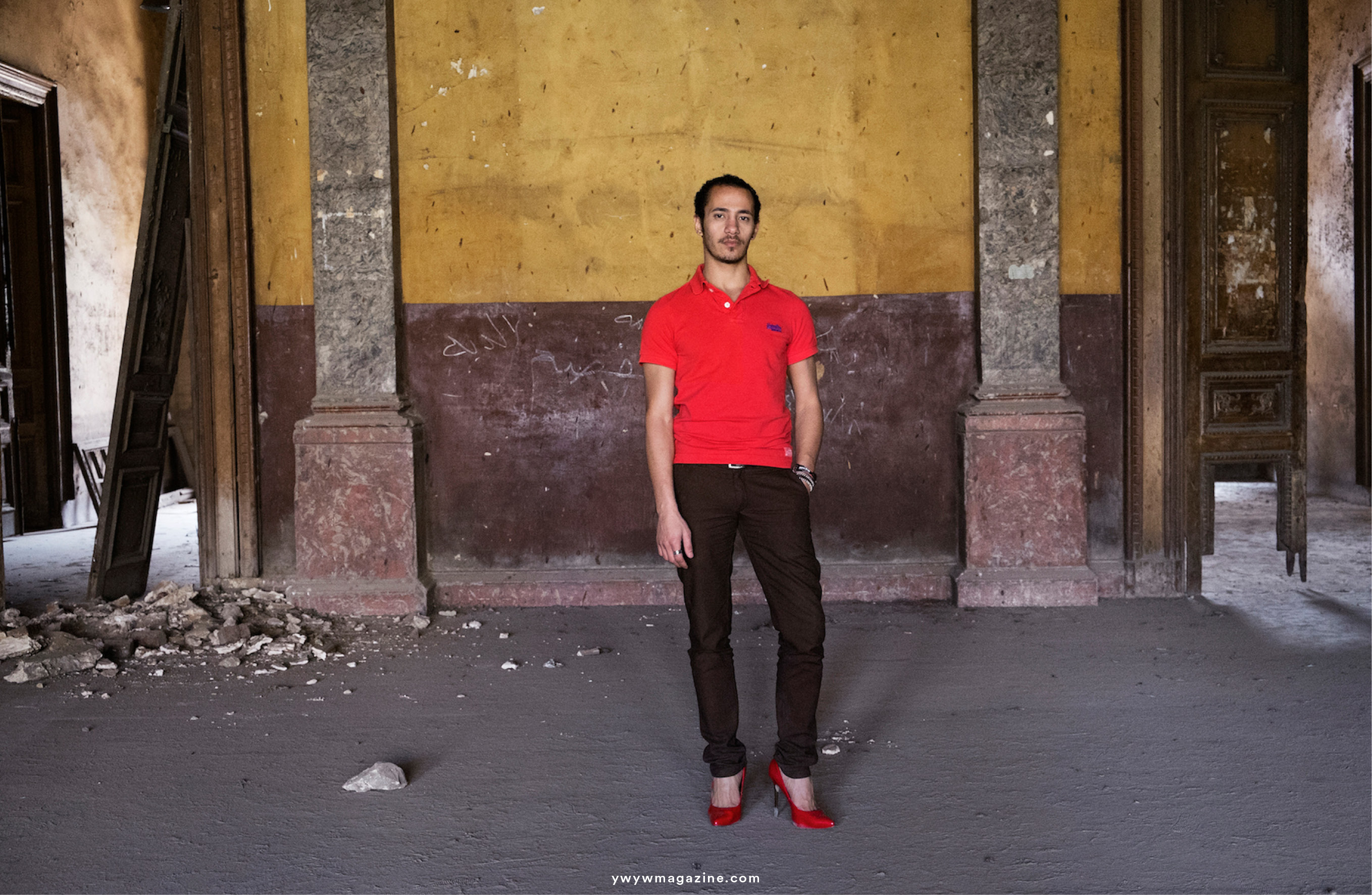 Where do you come from?
I was born in Paris where my parents came to study and I was raised in Perpignan, in the south of France, in Catalan country, by a Breton mother and a Norman father, you could say that I am an uprooted half-breed.

How did your roots influence your work?
Being very early always from elsewhere has given me a lot of freedom. Traveling, living within different cultures is part of my DNA 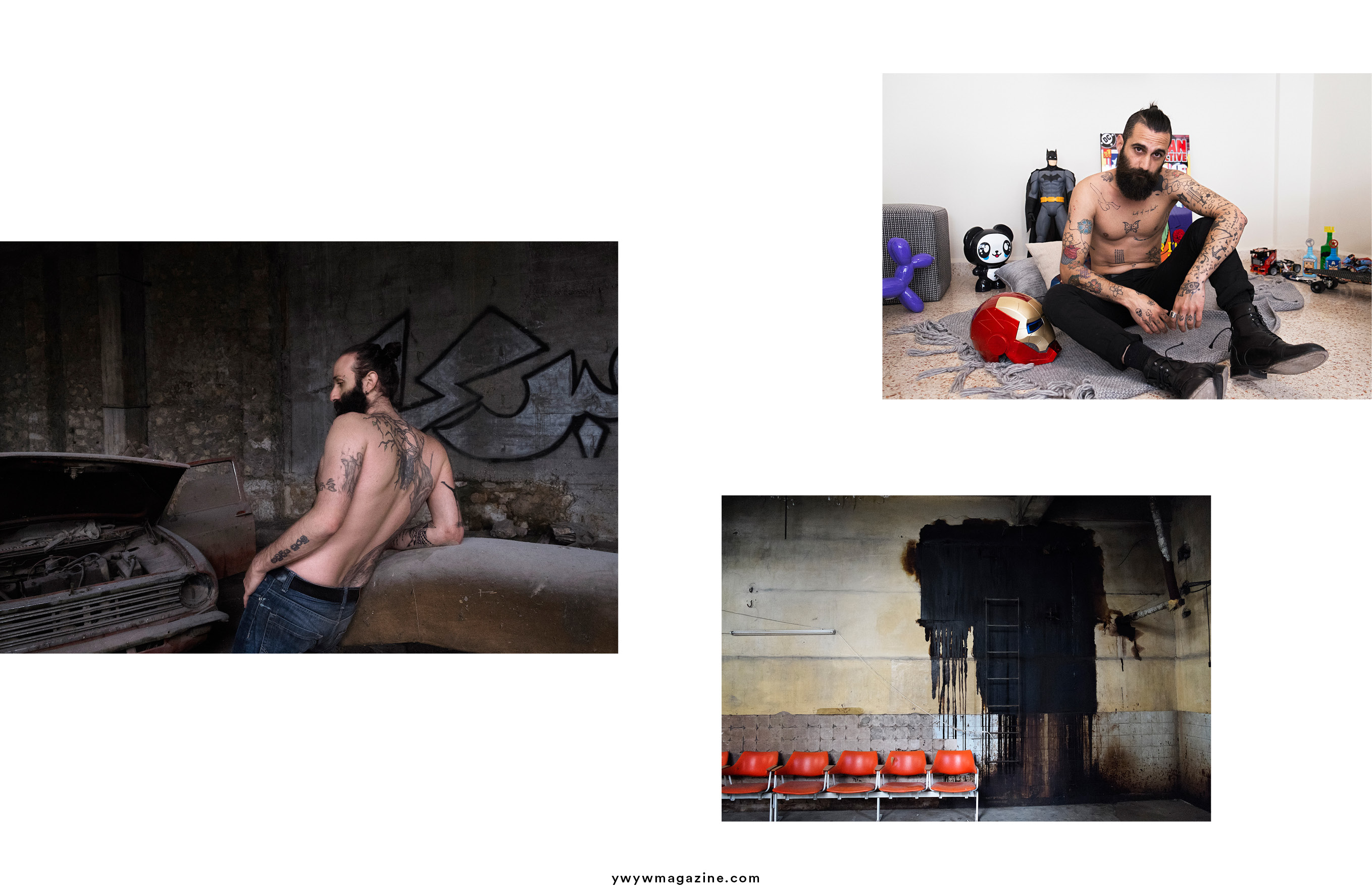 Is there any connection between the two projects?
“Plan Américain” is the second part of a larger study on the various nuances of masculinity and is devoted to a new territory: the United States. The question of individual liberties – the freedom to be who you actually are – was at the heart of my previous series in the Arab world, “Mectoub” (2012/2016), a subject which is also problematic within the context of the new American presidency.

By challenging visual stereotypes of masculinity, this project is joining the now global conversation on this matter, just like the question about who is looking at whom, raises questions about the dominance of the male gaze. Reversing the typical photographic topos, these series offer a female viewpoint on men, a photographic act which transgresses typical societal roles.

Both projects, by presenting a large spectrum of how manhood is experienced, from the Mediterranean Basin to the United States, echo each other, exposing the same young generation’s search for identity.

By exploring the complexities of manhood in an empathetic way, my work strives to remove any stereotype or stigma of sensitivity, recontextualizing gendered identity for today’s world.

The goal is to continue this body of work in other continents and cultures. 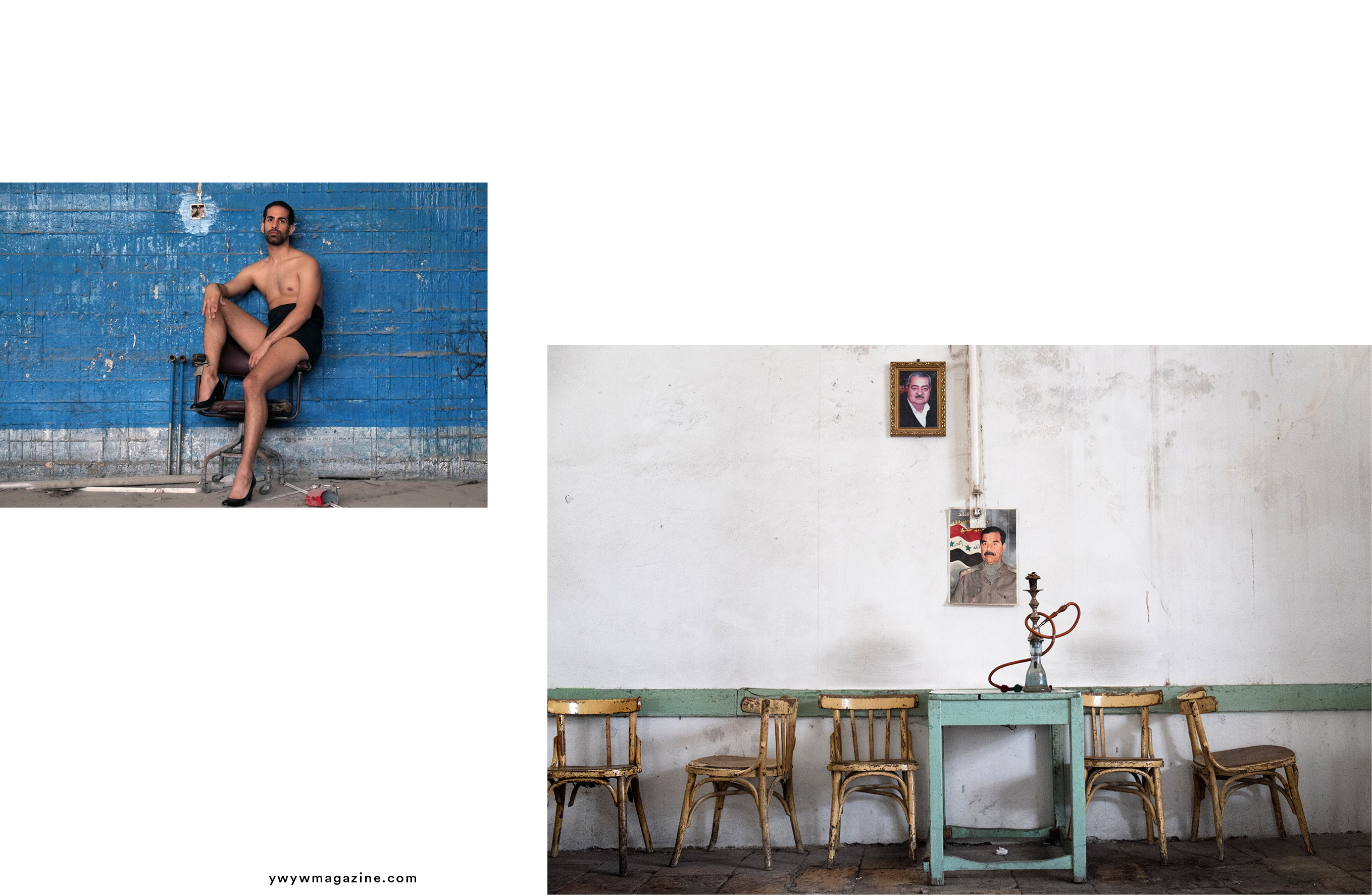 How do you approach your subjects?
“Mectoub” relied on the following protocol: I invited men I had met in places where youth meets in the big cities of the all these countries, be it in Cairo, Amman, Ramallah or Algiers, to pose for me. I choose them on instinct, when I can foresee a connection, I explain them the project and I propose a meeting in the next days. The time I need to find a confidential location chosen to match each individual encounter.

In the U.S,  by roaming through the country’s various states, from the largest megalopolises to the smallest towns, I look at each stop as an opportunity to connect with men I never met, embracing the nation in its diversity and richness. I spot them on the streets or cafés, then the process is the same, I approach them, present myself and my project, and hope they will agree for a shooting the next morning before heading the road again! It leaves few time to find a location where we can isolate and we generally drive around in my car.

Favourite food?
I love all what is good!

Favourite destination?
Wherever I’m close to people I love and where it’s sunny and the sea is not far.

Shaun Pierson is an American fine art photographer based in New York City. He attended…