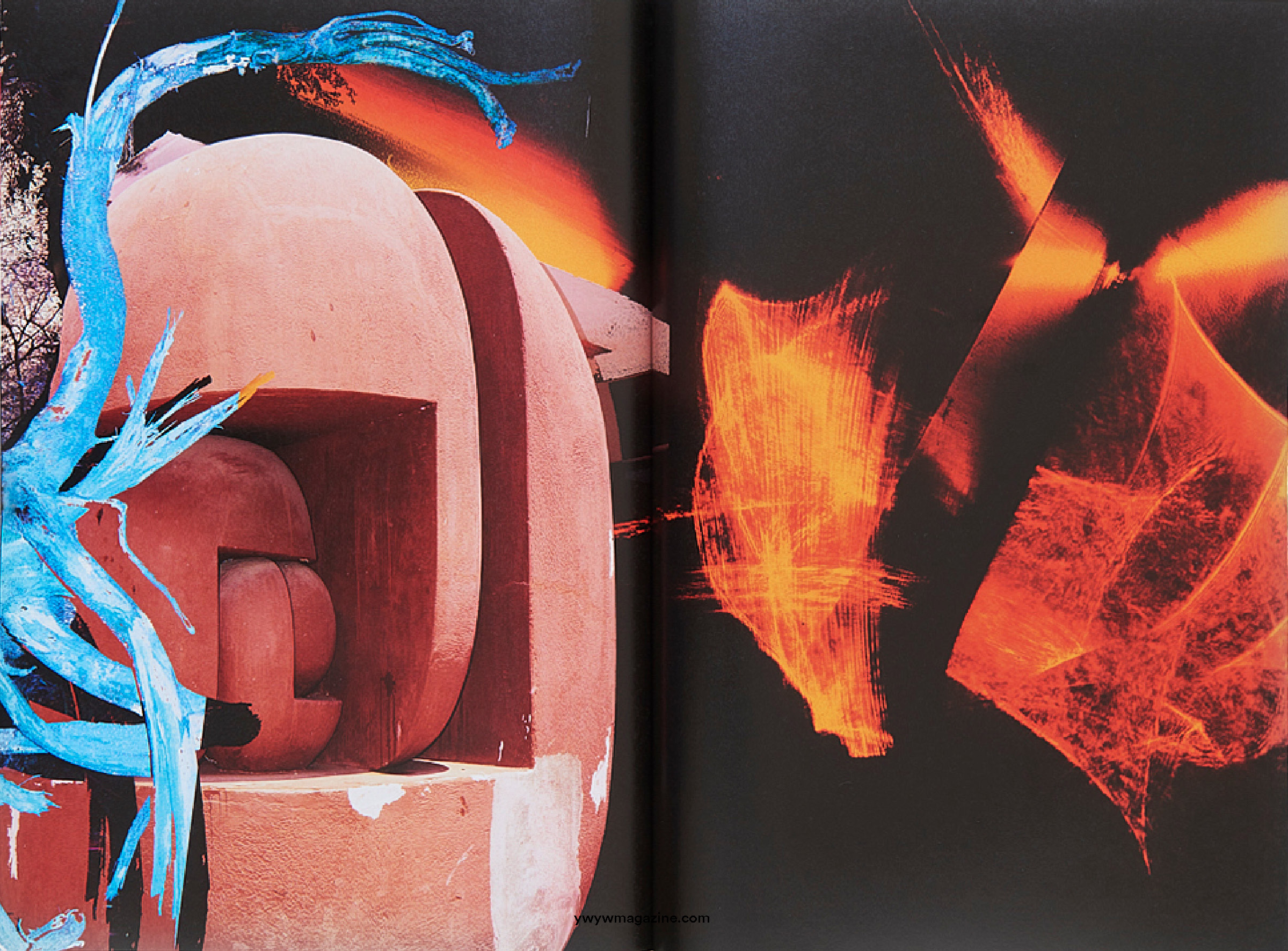 Is this the job you dreamt of when you were a child?
Nope, I wanted to be a cartoonist.

How is your show structured? And are you more inspired by art or photography?
My work is articulated around a documentary and the experimental practice of the photographic medium. Documentary, unlike reportage, allows a free formal approach and remains a creative work, a subjective perspective on a portion of the world.
If you push the subjective nature of documentary, what remains of the real and where starts fiction ? The air of time is characterized by the abundance of images. Today’s photographer inherits the power to choose what he wants to show and in what proportions. It can propose new singular interactions between image regimes that seem to be heterogeneous.
My research is no longer limited to the exclusive use of the camera as a mean of observation, it also involves the use of pinhole, photograms and 3D rendering. So many means that, combined with the layout, the digital collage or studio shooting, aim to challenge the immediacy of photography, defy its ability to restore reality and consequently create fiction.

In astronomy, Event Horizon is the term that designates the boundary around a black hole beyond which events cannot propagate, therefore warping the surrounding spacetime. This work is a personal attempt to construct a cosmology through photographic means. Under this rather idiosyncratic curved sky, different entities roam along an endless timeline: animals, organic matter, technological artifacts and architectural objects, all seen alike by a non-discriminating gaze, as if they inhabited his universe with equivalent agency in a flat ontology of sorts. Strangely for the moment, human entities are absent, as if they had retreated inside many bunker like houses to hide from entropy’s radiation, an emission they themselves had actually set in motion.

Cosmology is a very important word in the development of the project. It can have several meanings depending on the field in which it is used. It can be a subgenus of astronomy that aims to study the origin of the world. Like looking far away to see the past. Or from a more metaphysical point of view, it is about the development of a system that allows us to apprehend the world and reproduce it. It can be totally subjective or codified, as it is for example with scientific paradigms. 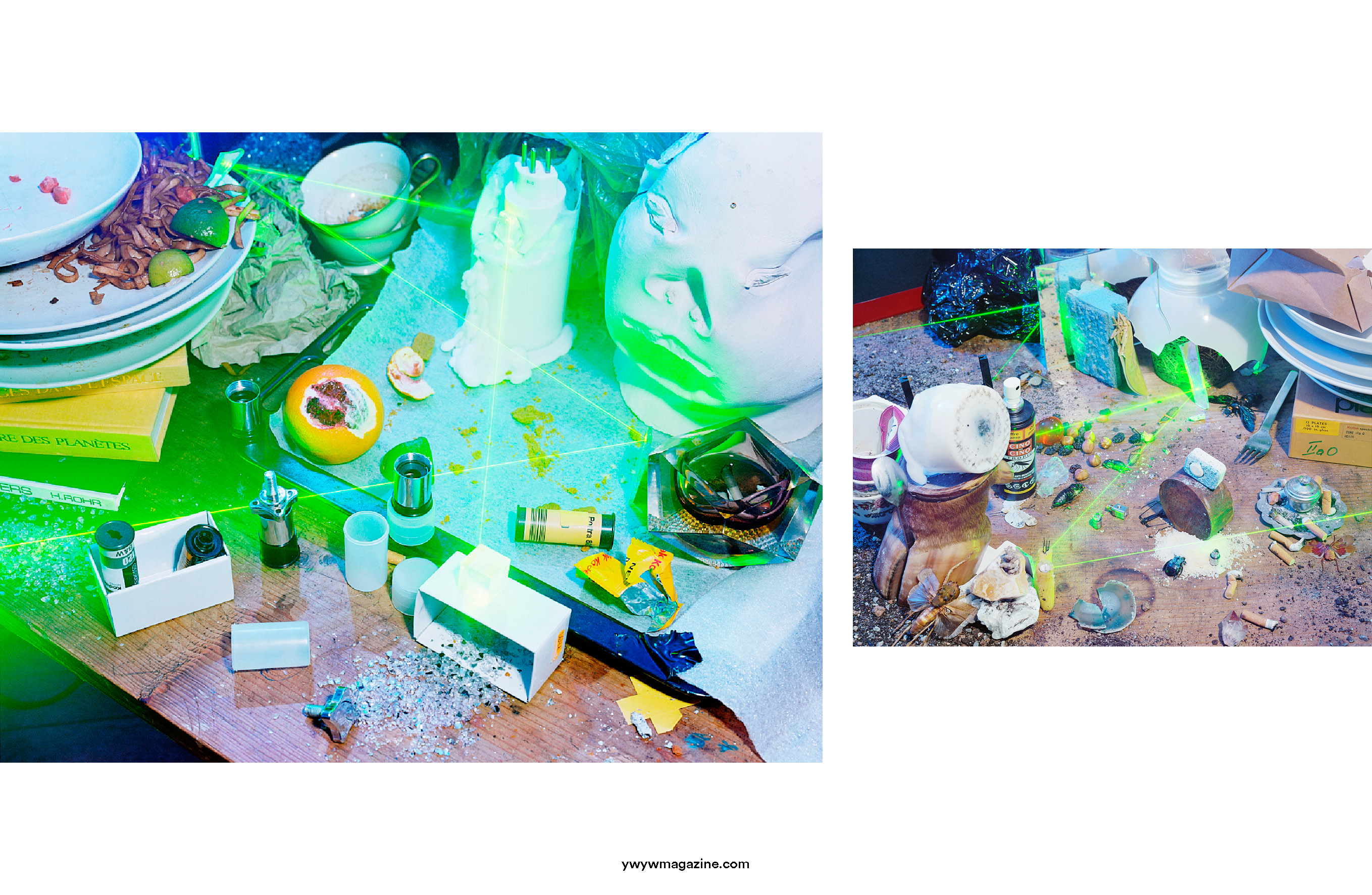 Largely influencing by full kind of science fiction film and “Crucible of time” John Brunner’s novel, my work attempts to construct a corpus of images that makes porous the boundary between a scientific and metaphorical approach to abstract astronomical phenomenon and attempt to built science fictional universe.

Through photographic means, Event Horizon attempts to formulate scientific abstractions. The better the understanding of the universe, the greater the challenges posed to the medium intended to communicate this knowledge. Thus, methods of observation and image shaping determine how we understand the world. Instead of dissecting and clarifying the metaphysical concepts with which science is confronted, Event Horizon apprehends the universe as a fragmented, complex and infinite experience. 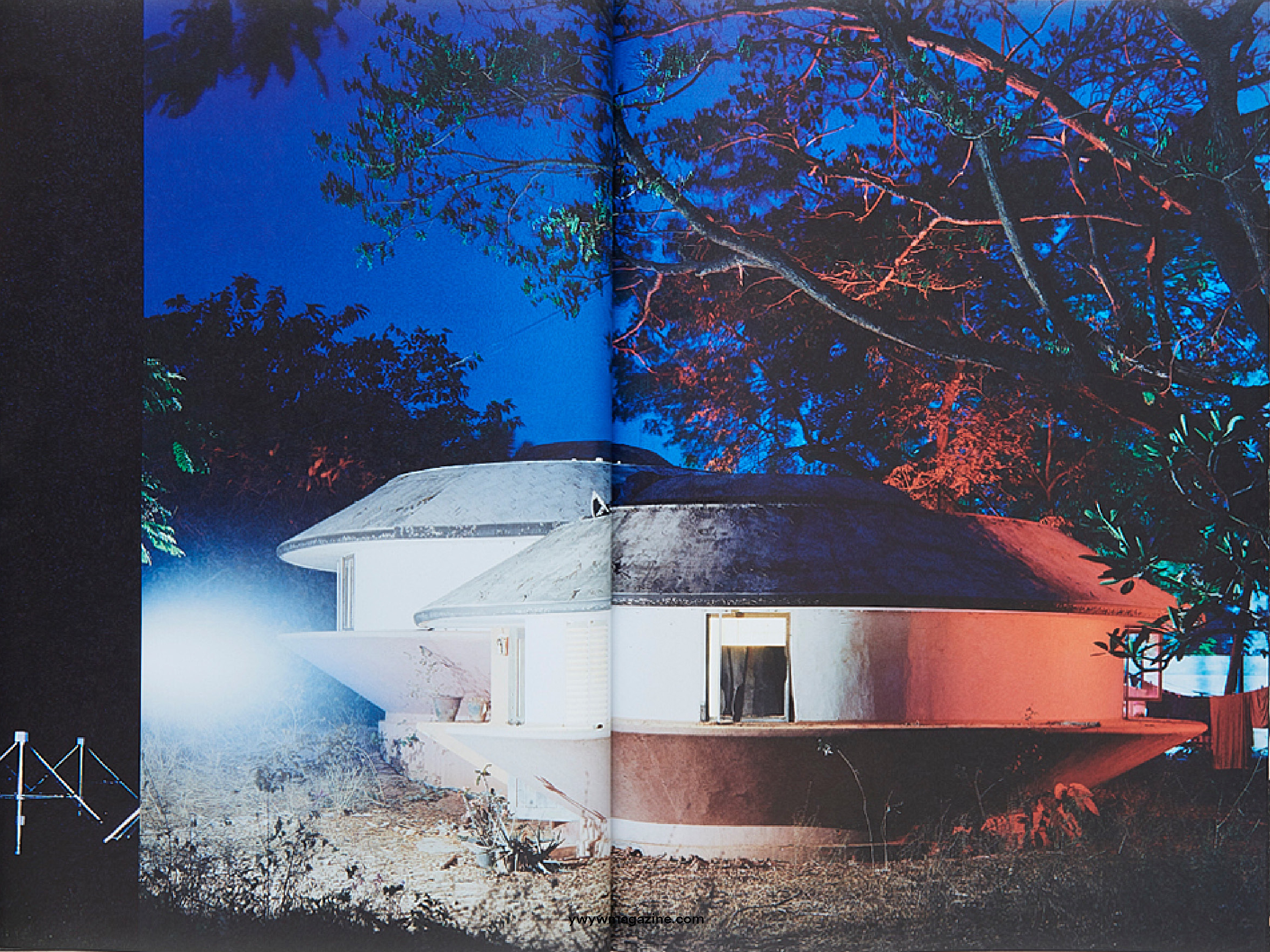 The forms of hanging proposed for the Event Horizon project have evolved over time. Not only because the exhibition space changes, but also because I like to consider an exhibition as a new attempt, an experiment in itself. There are, however, a few criteria that remain constant in all these proposals. I use wallpaper as a support to reinforce the idea of immersing the viewer in an immersive environment. Often I use one or more fragment/segment of the book sequence to recreate a kind of frieze. In parallel, I present a series of images from pinhole cameras that have photographed changes in the sun’s course for six months. These images are mounted on backlit tubes placed horizontally over the wallpaper. The idea here is to replay, the ice core that scientists have extracted from the ice to study the different strata accumulated by time.

At what time do you wake up in the morning?
There is no morning here, only dark.

Borrowing from romanticized notions of the American frontier, synonymous with ideals of exploration and expansion,…