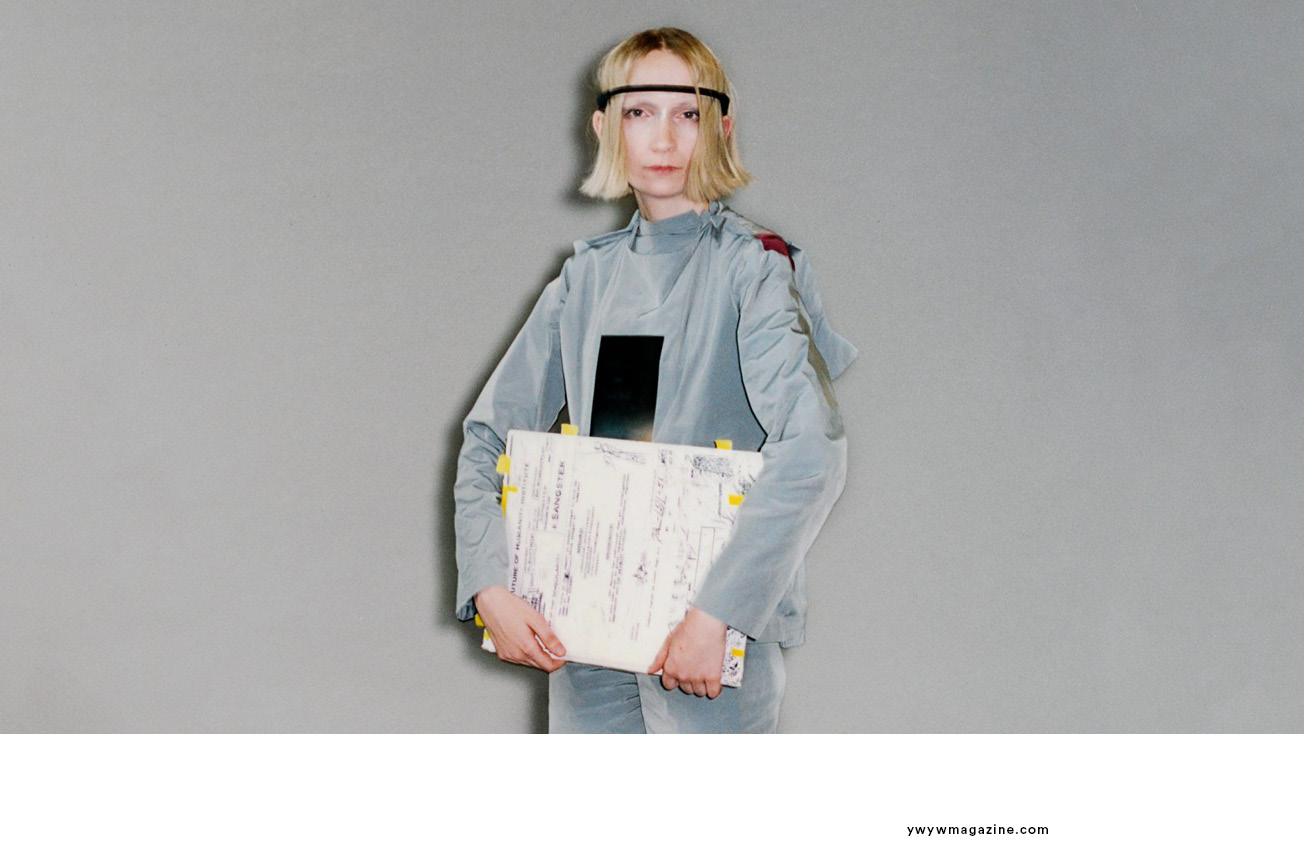 Central Saint Martins fashion graduate Beatrice Sangster-Bullers integrates artificial intelligence into garments that display the wearer’s emotions. Called ‘ The Order of The Singularity’, the graduate collection combines AI technology with smart materials to create wearable, “emotionally intelligent” clothing. Sensors integrated into the garments use algorithms to map the wearer’s current mental state. The wearer can then select what visual output they project onto their clothing, depending on their mood, allowing them to communicate their feelings visually on the surface of the garment.

The designer used a mixture of sustainable materials including Singtex, which is made from coffee grounds, SympaTex – an alternative to Goretex – and reclaimed nylon sourced from previous graduates to create the items of clothing. Shades of teal and bullet grey are animated with pops of neon yellow and red to form a series of textured and layered garments. 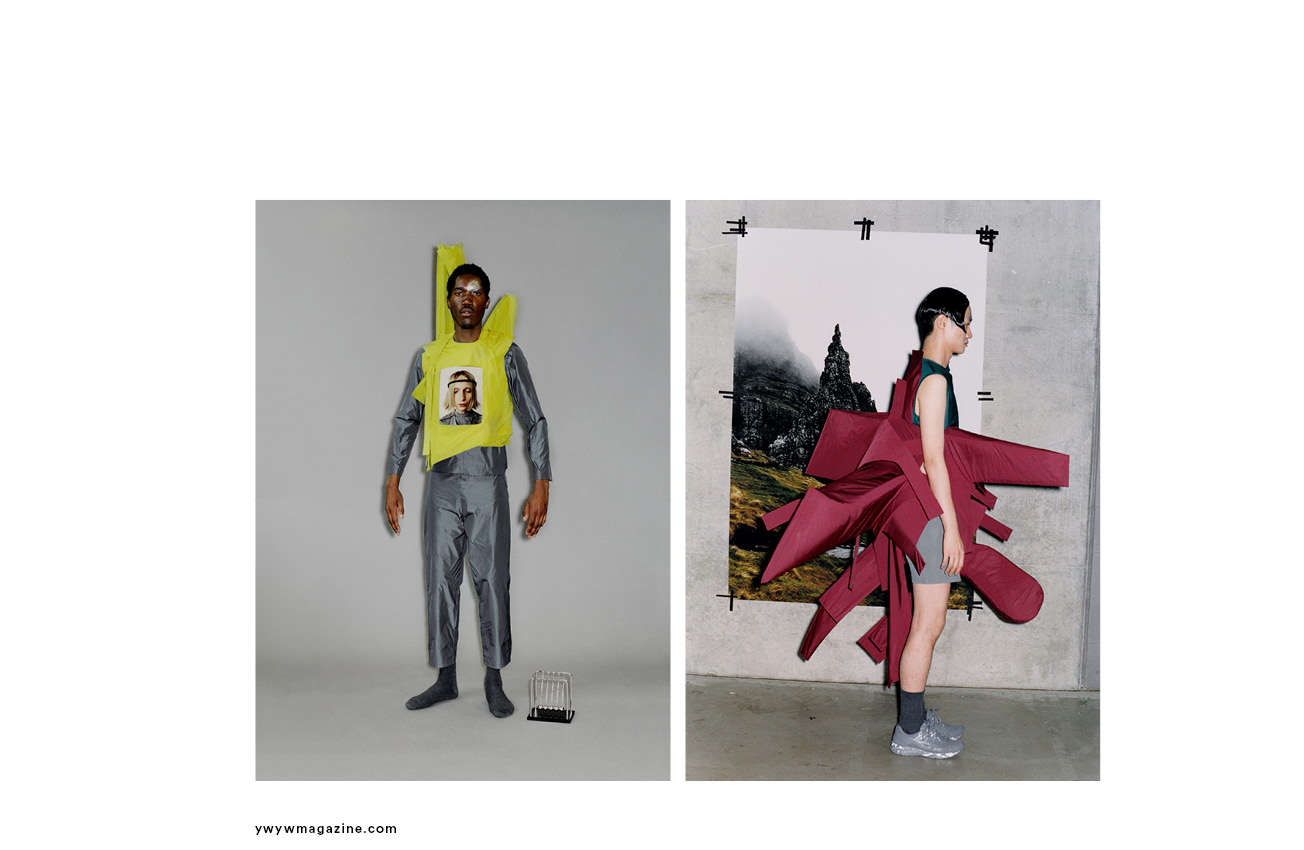 Models were also given an electroencephalogram (EEG) neuro-feedback headgear device fitted with four electrodes that measure their brain waves to detect the state of their thoughts. The EEG device is linked via bluetooth to a screen interface fitted into the chest of some of the garments. Algorithms convert the EEG signals into audio and visual outputs, allowing users to hear and see their brainwave data in real-time on their tablets or smartphones. Sensors also track heart rate – determining stress levels – body movement, brain activity and breathing.

The initial few readings work as a threshold, and then the algorithm begins to adapt to the user, gradually forming an accurate result of ‘stress tracking’ for the individual. This creates a real-time feedback loop that enables users to “train their brains” and reach a state of mindfulness and focus by seeing their brain waves in action. For example, higher or lower levels of brain activity are represented on a graph, reminding the user to bring their attention back to their breathing and become more aware of their state.

Sangster-Bullers based the collection on the concept of “the technological singularity” – the theory that humans will someday be overtaken by artificially intelligent machines or cognitively enhanced biological intelligence. According to the former BA Fashion student, the fashion line represents concerns around the progress of technology, and aims to symbolise what it means to maintain our humanity in a fast-changing society. 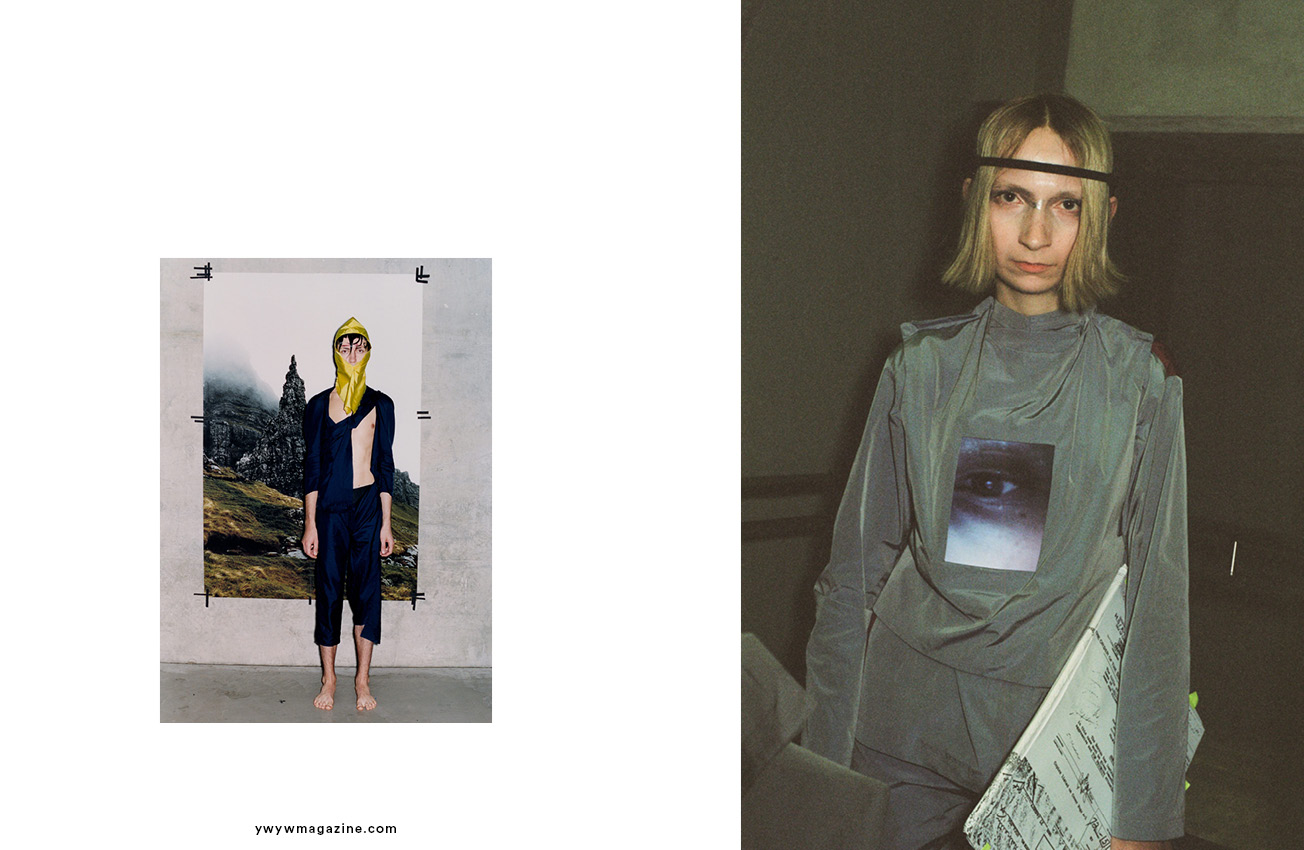 “The collection develops on the idea that clothing can be programmable matter that thinks as we think, and can live and sense as we do, to re-think the human condition in the modern world,” said the designer. “It also addresses the process of how clothing will evolve as technology advances, shifting our perspectives on its traditional capabilities to a future whereby clothing is designed with computational design and digital fabrication,” she continued. The designer also took inspiration from the relationship between religion and technology when creating the collection, using pious references to inform the figurative forms of the pieces.

In one outfit, draped cassock-style clothing is complimented by a modern take on the mitre hat typically worn by archbishops and popes. According to the designer, the collection pays homage to her great-grandfather, who was a leader of the Methodist church, and to her inherited sense of “good values for humanity”.