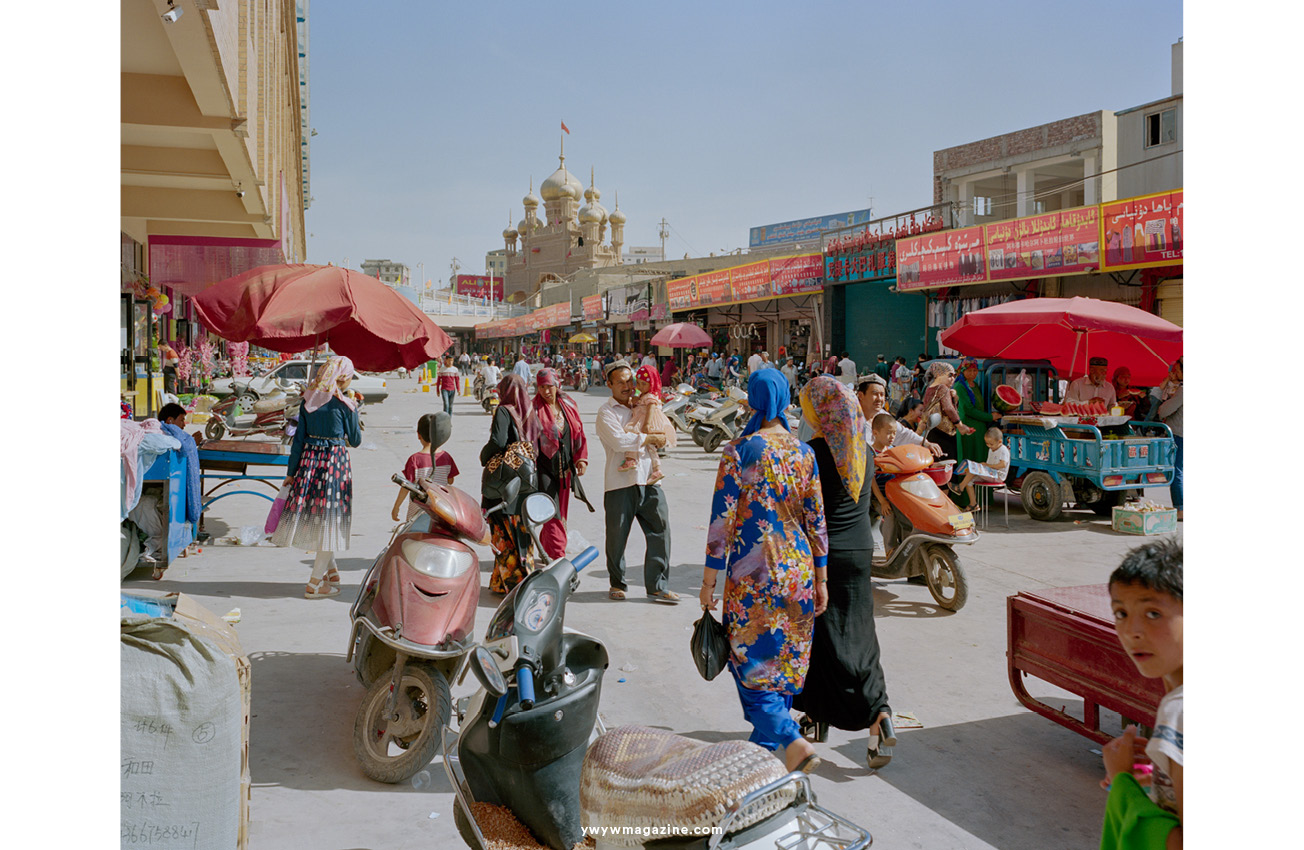 Borrowing from romanticized notions of the American frontier, synonymous with ideals of exploration and expansion, photographer Patrick Wack captures a visual narrative of China’s westernmost region—Xinjiang. Whereas the American West conjures images of cowboys and pioneers, of manifest destiny and individualistic freedom, the Chinese West has not yet been so defined. It is a place of pluralities—of haunting, expansive landscapes, of rough mountains and vivid lakes, of new construction and oil fields, of abandoned structures in decaying towns, of devout faith and calls to prayer, of silence and maligned minorities, of opportunity and uncertain futures. It is a land of shifting identity. 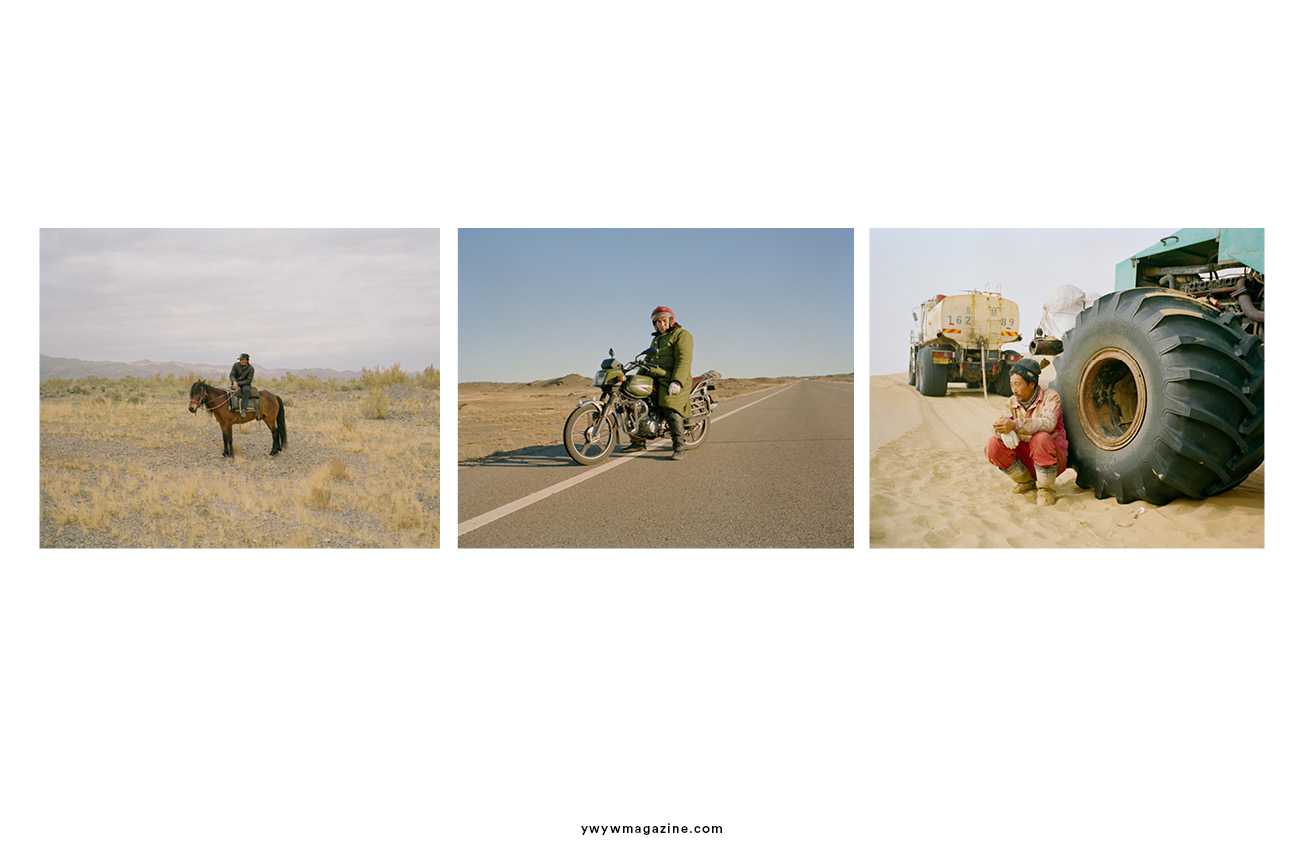 Can you tell us a little bit about your hometown?
I grew up in the suburbs of Paris, a place called Fontenay-sous-Bois. It’s very close to Paris but you’re not quite in Paris. And I therefore spent a good part of my childhood riding the subway in and out of Paris. My home is located right on the wood of Vincennes so nature was never too far. But all in all there’s not much to do there so besides school I spent most of my time doing sports and smoking weed.

How and when did you get into photography?
My father used to work in the photo industry on the business side and bought a nice Nikon F301. That’s the camera I picked up in my early twenties when I felt a growing creative longing. I had also just gotten back from two years in the US and regretted having not recorded my experiences there. 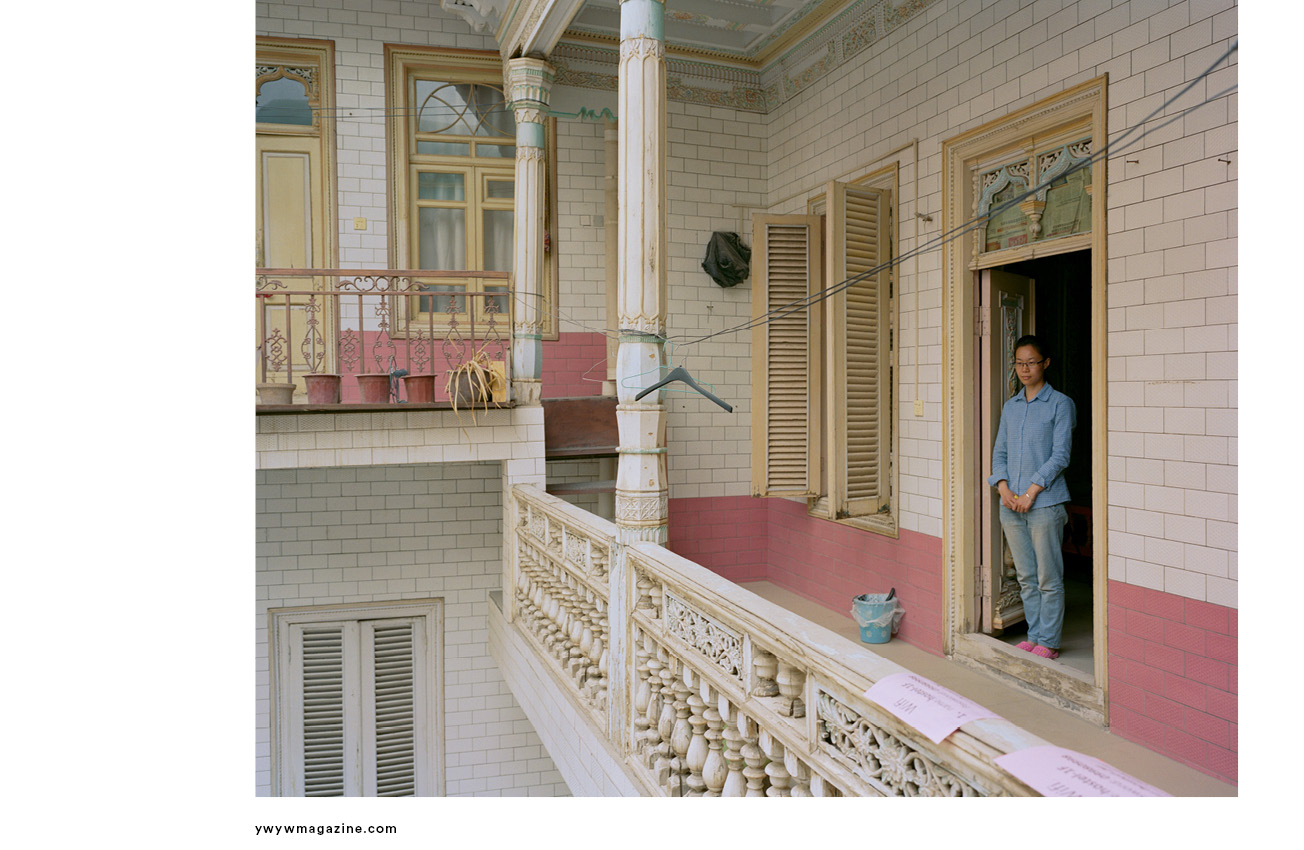 What is your source of inspiration?
I don’t have a clear answer. Nadav Kander’s “Long River”, Greg Girard’s “Pantom Shanghai” and Robert van der Hilst “Chinese Interiors” are some of my favorite China photo projects and I think they have influenced me aesthetically and in terms of photographic process. For Out West, the American West mythology and road trip ideology have also played a role.

How did you get the idea to create the ‘Out West’ series?
I wanted to go on a journey and tell the story of a China that doesn’t look like the China one usually gets to see. I also knew somewhat of the depressing political situation there and was hoping to combine an emotional storytelling with a political discourse.

What do you want the viewers to take away from the project?
Not for me to decide that. 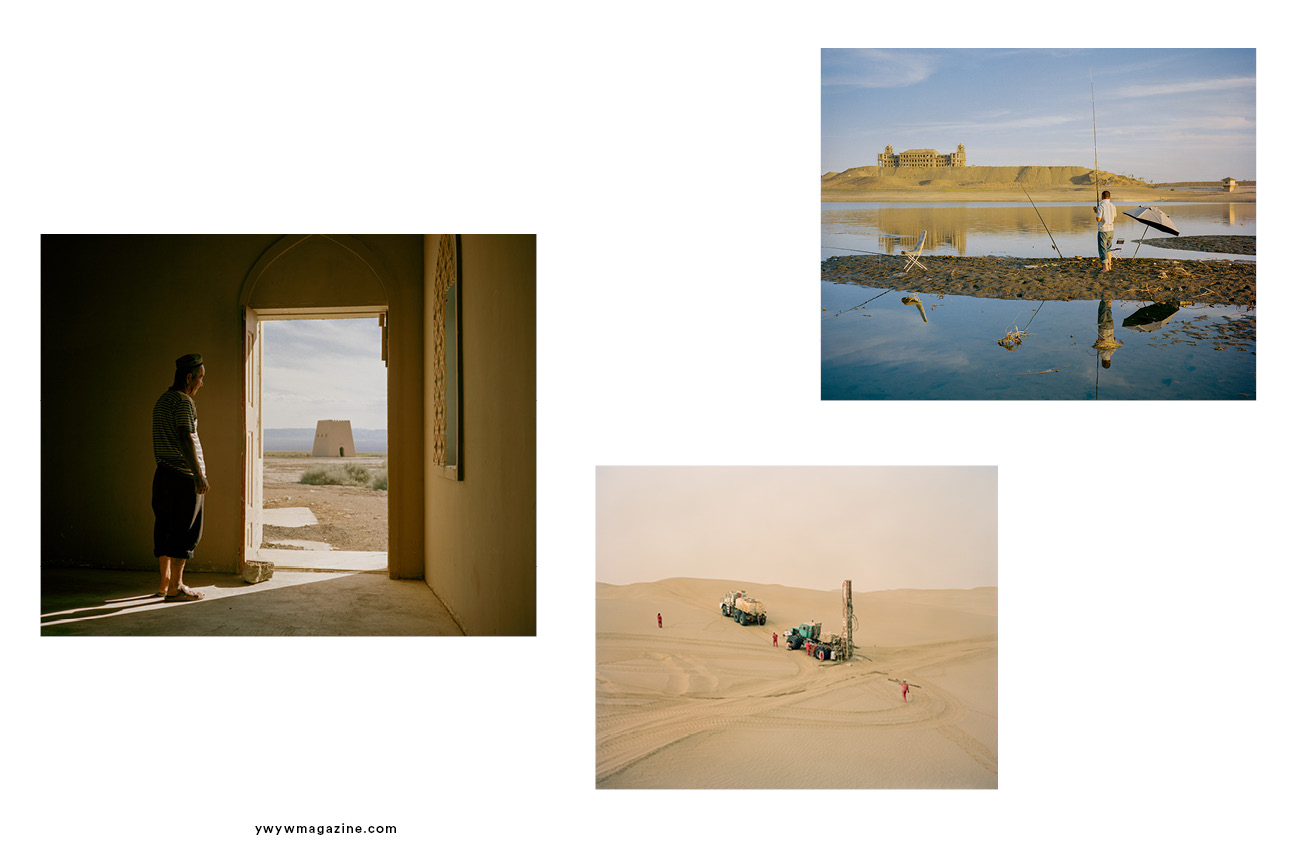 For Patrick Wack, ‘Out West’ is as a much a story of the region as it is his own, as much a documentation of a contemporary and historical place as it is an emotional journey of what it means to strive, and for what. There exists an inherent fascination in the region—as both key and foil to the new China—and a siren’s call to its vast limitlessness that instinctively incites introspection and desire.

Showcasing a romanticism of the frontier, ‘Out West’ presents Xinjiang via the lens of its present day, in photography that speaks of the surrealistic tranquility—and disquiet—of the unknown. ‘Out West’ offers an experience of Xinjiang that highlights its estrangement from contemporary perceptions of the new China, accentuating undercurrents of tension and the mystique it has cultivated—whether in their minds or ours. At its core, ‘Out West’ is a question of perspective: What is the West but the East to another? 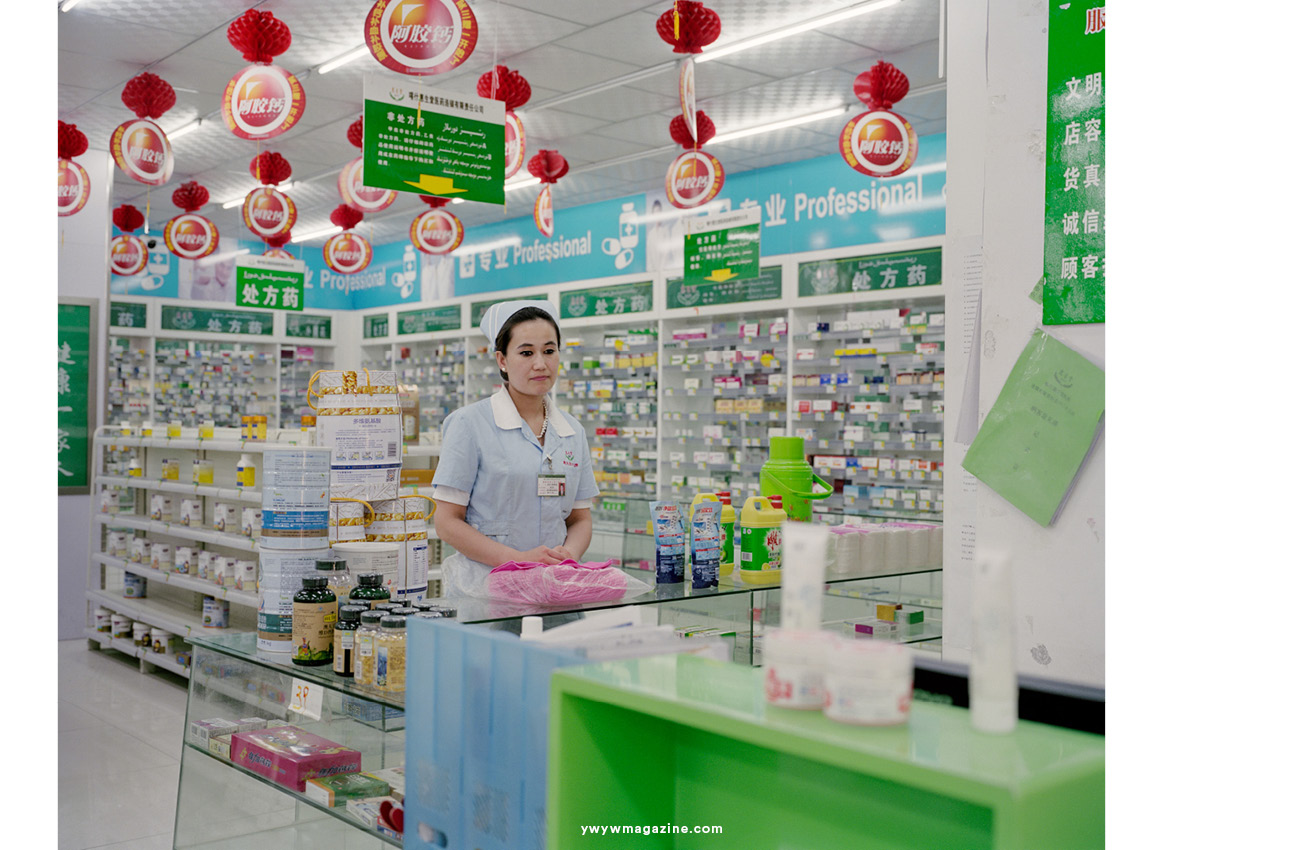 Do you enjoy exploring social media?
Yes, but it is always tinted with a flavor of remorse.

What is your favorite city?
Berlin

What is your favorite movie and why?
I’d go with Terrence Mallick’s “Days of Heaven” for the incredible photography and dark desperate poetry.

What did you Google last?
Liu Heung Shing, the Chinese photojournalist, and Issei Sagawa, the Japanese cannibal.

What did you do yesterday?
Some photo editing, some documentary watching and some whiskey drinking. 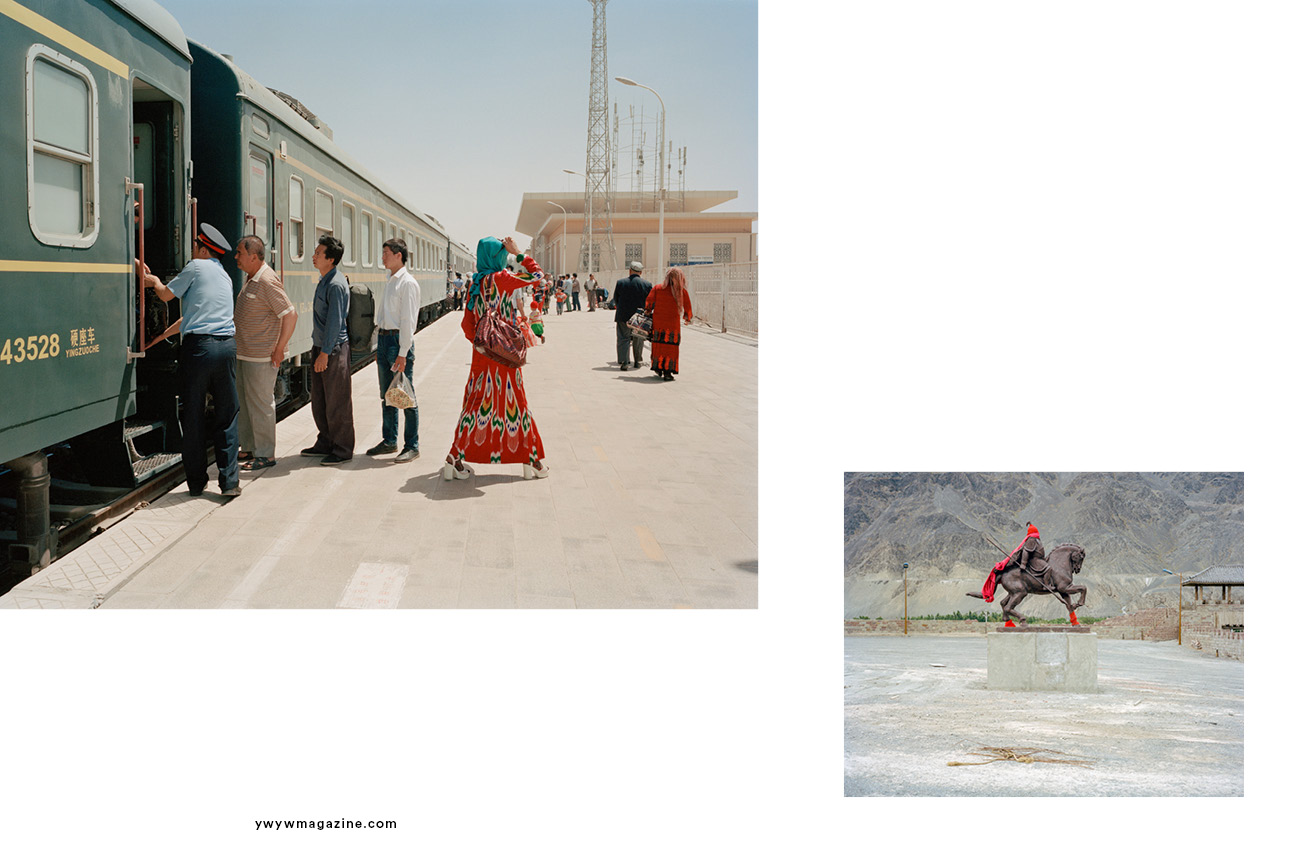 In essence, Xinjiang is the new frontier to be conquered and pondered. Literally translating to “new frontier” in Chinese, Xinjiang is a land apart, and has been so for centuries. More than twice the land area of France with a population less than the city of Shanghai, the Chinese province of Xinjiang once connected China to Central Asia and Europe as the first leg of the ancient Silk Road. Yet it remains physically, culturally, and politically distinct, an otherness within modern China. Its infinite sense of space; its flowing Arabic scripts and mosque-filled cityscapes; its designation as an autonomous region; and simmering beneath, its uneasy relationship with the encroaching, imposing, surveilling East.

For China’s ethnic Han majority, Xinjiang is once again the new frontier, to be awakened for Beijing’s new Silk Road—China’s own manifest destiny—with the promise of prosperity in its plentiful oil fields.

Where do you come from? I am from Mississauga Ontario Canada. Favourite photographer and favourite…