Born in 1994, Josh Aronson is an American photographer that grew up between Brooklyn and Miami beach. Miami was actually inspirational for Josh’s work and in fact his recent collaboration with 30 artists aims to show that when it comes to life in Miami there is much more than the sensational portraits displayed in Hollywood movies. Life in Greater Miami can be inspired to harmony and play, freedom and love as witnessed by Josh’s characters that enjoy life beneath the palms and flirt in front of the ocean. This original collection of intimate life shots borrows its name Tropicana form the ubiquitous juice brand and gives a unique perspective of life in Florida that should not be missed! Meanwhile, be ready to be astonished by Josh’s works to come on photography and other surprising things. 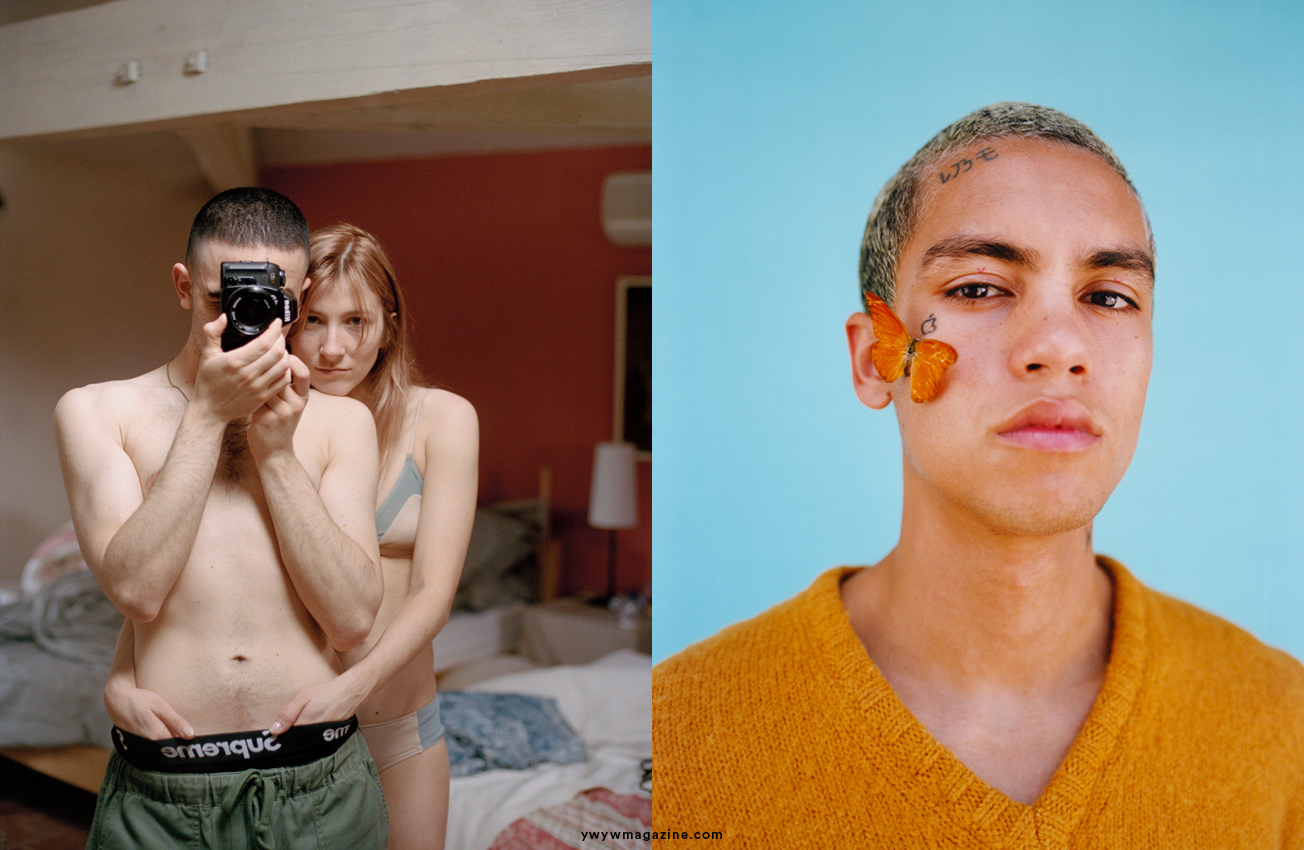 What is your daily routine?
Scroll, then scroll, then scroll some more. I’m laughing because these past few weeks my life has 360’d. I read less. I watch more now. I ride a bike at least every other day– standard quarantine things.

Your book “Tropicana” was published in May 2020, how did you conceive this project?
After a year of working on career projects in New York, I felt it was important for me to take a break–and that meant getting away from fashion photography for a while. That’s how Tropicana really started. I was looking for an out from the industry. I went to Florida to self isolate, before “self isolating” was a thing, and just started shooting. 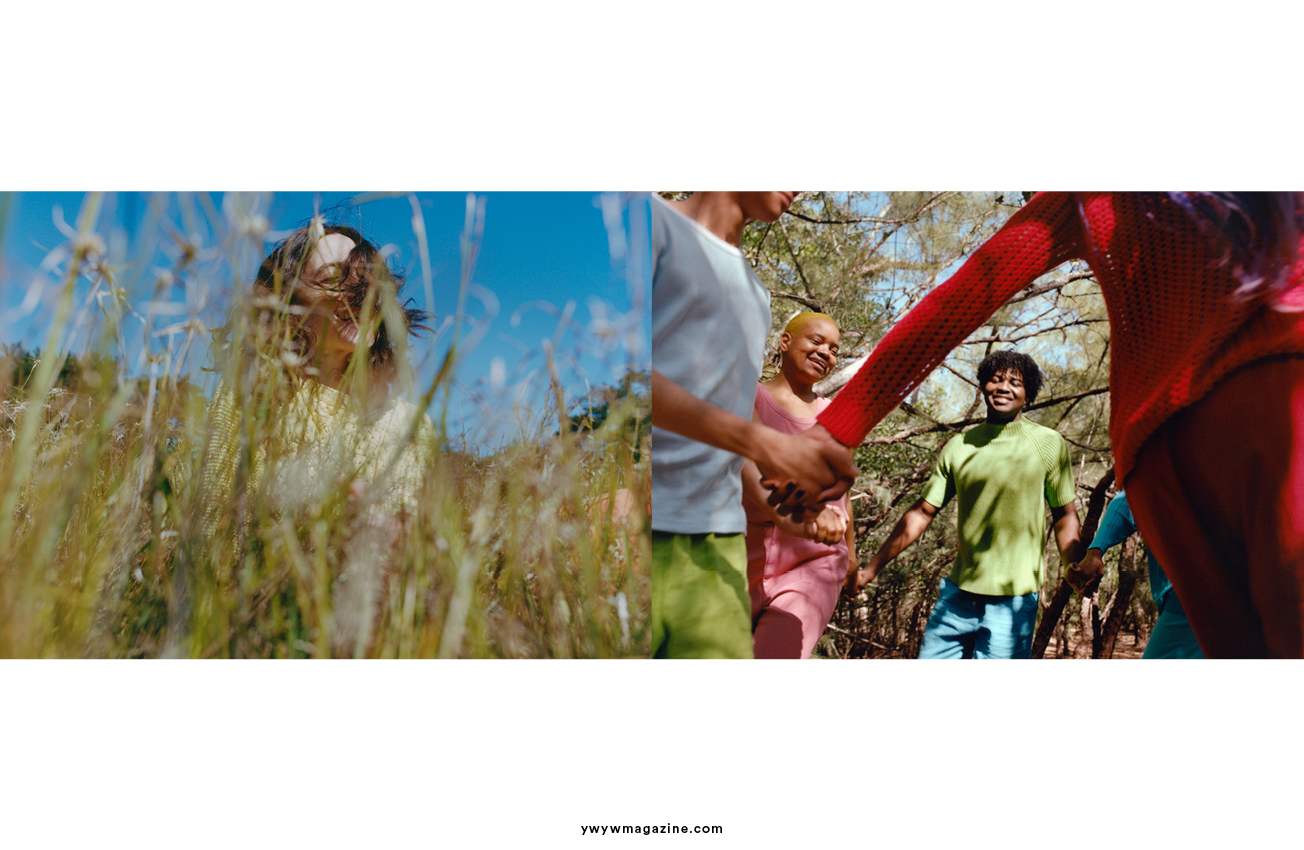 What do you hope to convey to viewers with your book?
I would change “hope to convey” with “hope to see change”. With the entire Tropicana project, I want to find my kindred spirits so to speak. For a Florida photographer like me, there are very few established image makers out there who I feel I can look up to, at least from Florida. For a New York photographer, on the other hand, I think finding idols is relatively easy. There is such a rich history of New York photography, you know?. In Florida, that’s not so much the case. We have some major photographers who’ve worked here, from time to time, like Arnold Newman and Walker Evans. But I was hard pressed to find anyone who was from Florida and worked in Florida in the way I wanted to see. Now that I’m on the other side of Tropicana, I hope to see more Florida photographers making real Florida photography. 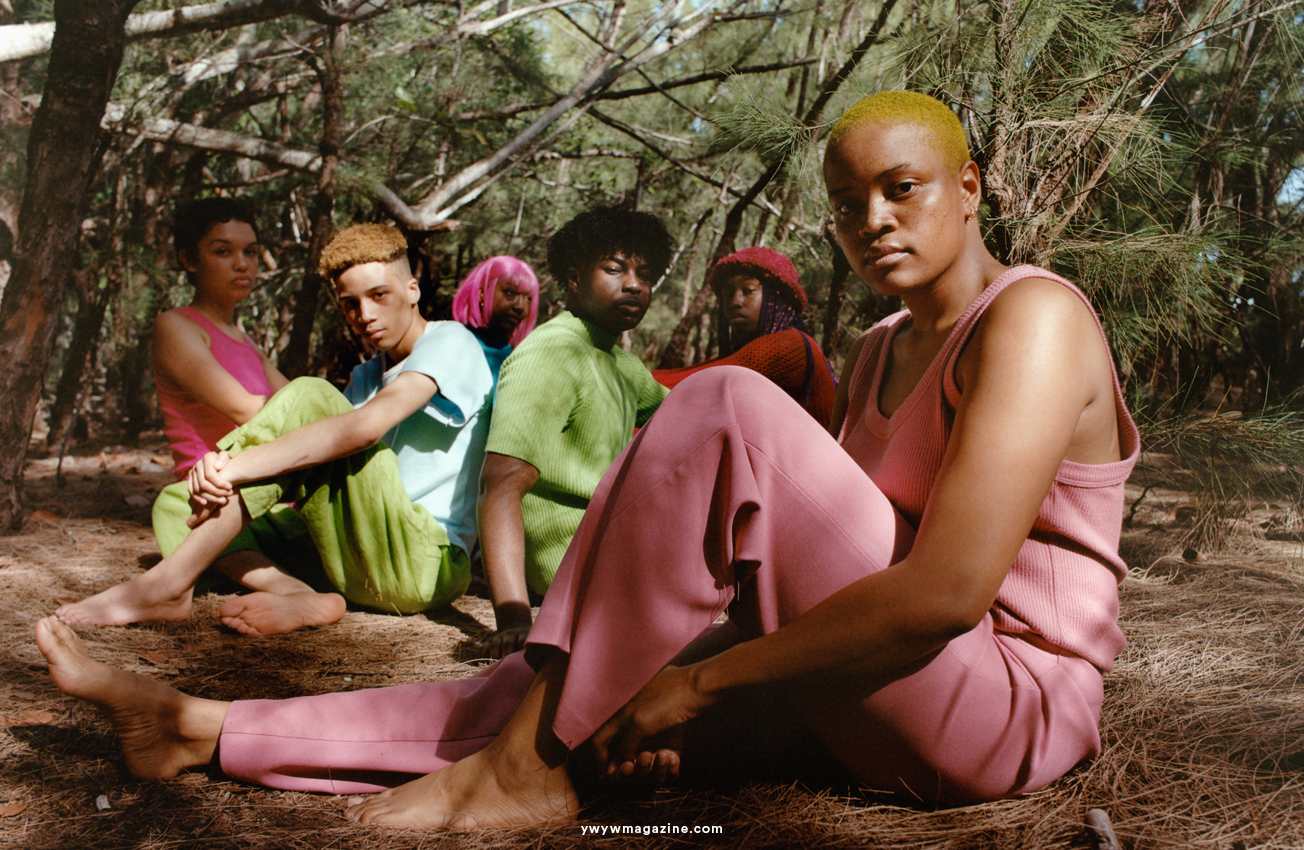 Real Florida photography as in more than just landscapes?
Exactly.

Your book portrays Floridian youth, can you tell us how you choose your subjects and about their peculiarities?
I cast my subjects almost entirely off [social media platforms such as] Instagram. In my initial search, I looked for artists and creatives because I like to build fluid environments on set. I feel there has to be an openness between me and my subjects, otherwise my pictures won’t work. I work with artists specifically because I find that, as subjects, they are very open minded. Artists have their own ideas about my portraits, and I like that. There is always a conversation between us. I want my work to be collaborative in that sense, so I’m less of a one man show when I’m operating and more of a shepherd or a guide in a way. 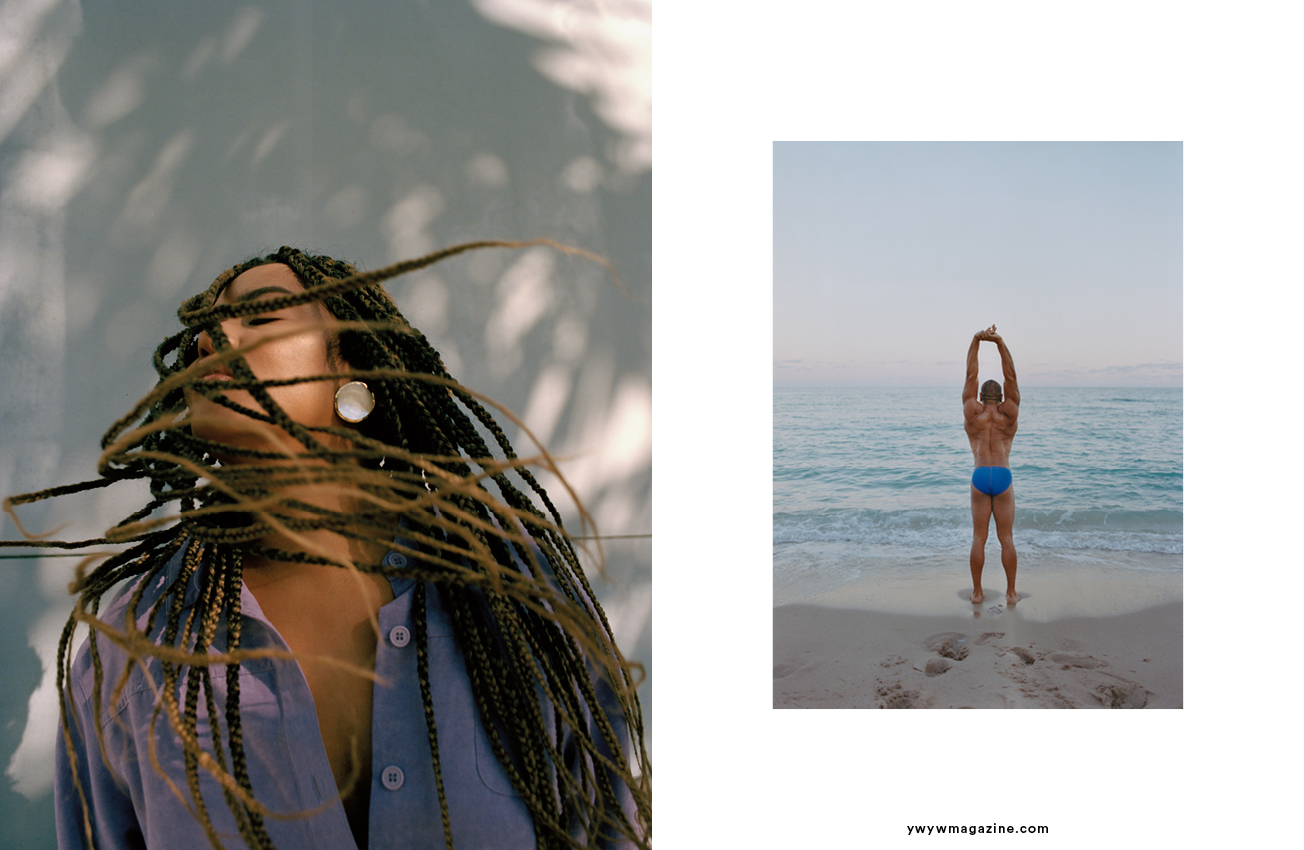 One thing people would be surprised to find out about you?
I never get dressed without a mirror [laughs].

What did you google last?
I’ve been working on a list of my favorite quarantine items for a friend, so my last few Google searches are related to that. I have “@labeltime”, which is one of my favorite Instagram accounts to lose track of time on; “The Art Book for Children”; “Reely Truly”, a short film by Tyrone Lebon; and “The Long Goodbye”, which is my favorite Robert Altman film. I’ve watched it too many times in isolation already. 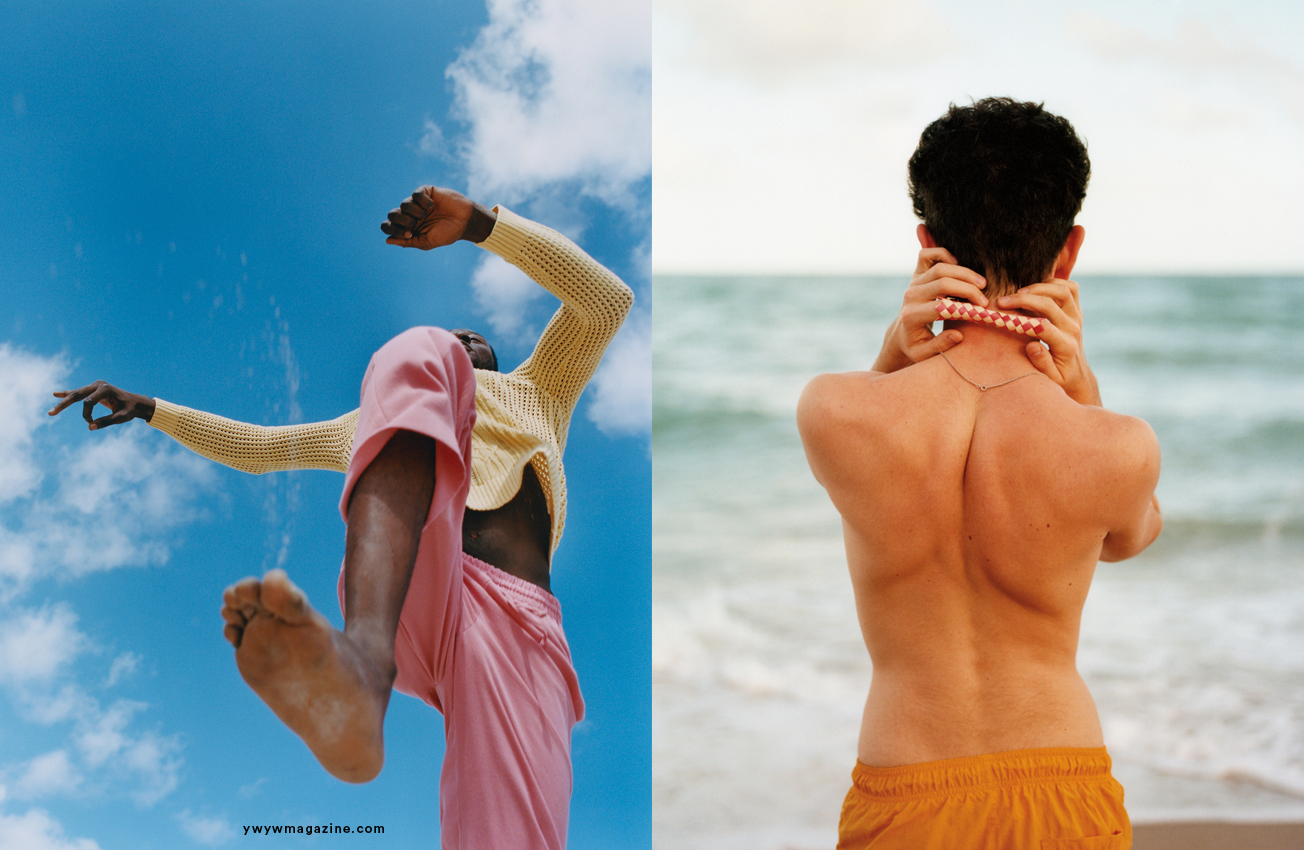 What other films do you love?
I think Days of Heaven is the most beautiful film I’ve ever seen, maybe, and The Florida Project is too cute and perfect for me to pass up.

What inspires your work?
It changes over time…but, as a kid, I was inspired by MTV. I remember running home to watch music videos on the MTV and MTV2 Countdown. Directors like Hype Williams were my champions back then. Otherwise, I’d sight the streetwear brand Stray Rats as one of the earliest influences on me. SR showed me how a kid from Florida could create his own brand and turn it into a living and a lifestyle and a reality beyond our beach. That gave me hope. I was like, “Woah. I could be a Florida kid and go out into the world and make things?”. 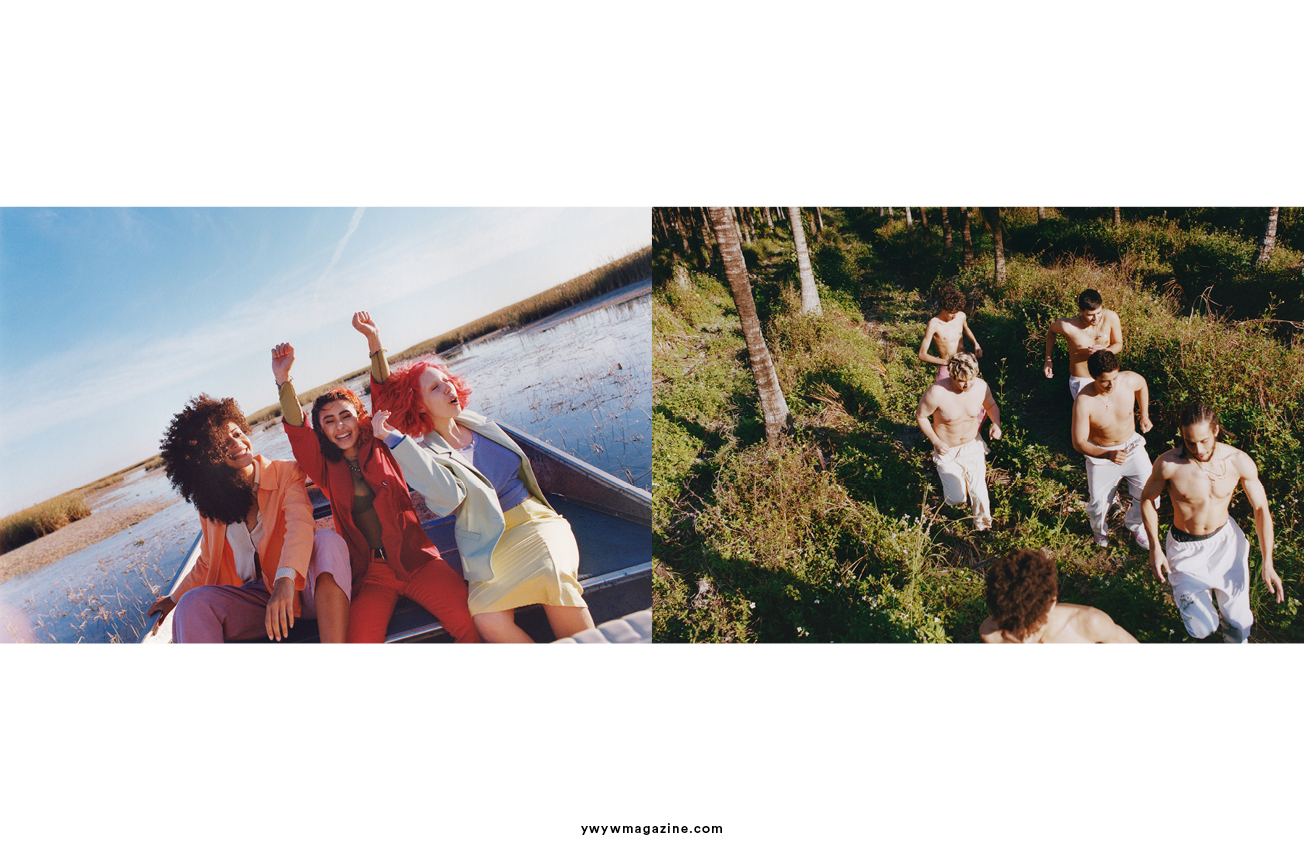 Who, other than Hype Williams, do you remember seeing on MTV?
I mean, Spike Jonze and Michel Gondry, of course. “Sky’s The Limit” by Notorious B.I.G. and “Weapon of Choice” by Fatboy Slim were on repeat.

Do you remember the exact moment when you understood you wanted to become a photographer?
I don’t know if I ever really wanted it, so much as I wanted a lane for myself to get up out of my house and make things. Photography just happened to be that for me. I had a DSLR and I had balls as a kid, so early on I wasn’t afraid to ask for what I wanted. I was very persistent, but in a considerate way and, over time, people recognized that, and I was able to get the opportunities I was after. I wanted to be in magazines and work with artists and have conversations with people who were creative, you know? My reason for that is that I was eager to produce. Growing up, I’d consumed, consumed and consumed so much to the point where I was ready to make. It was like my brain had reached max capacity, and it was time for it to give instead of take. 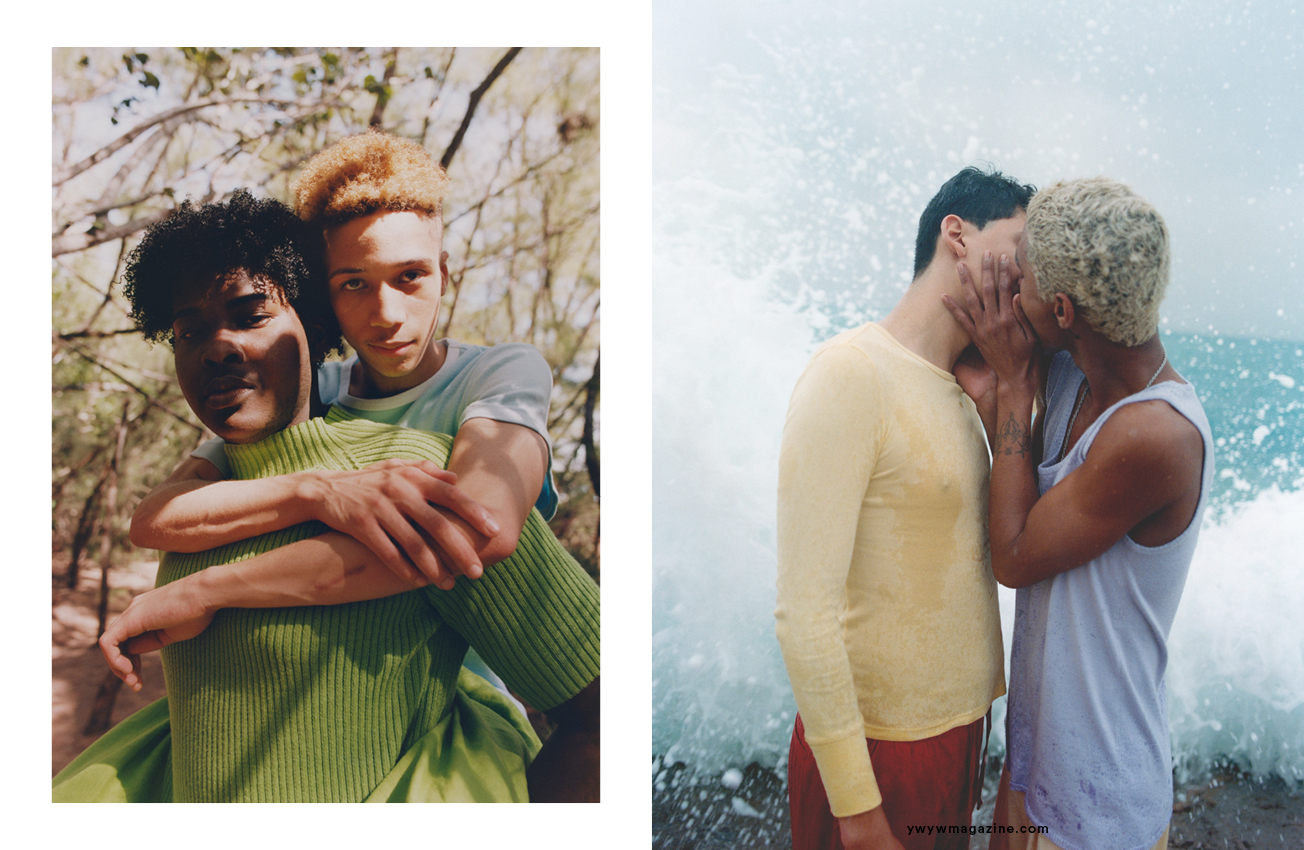 In an industry saturated with imagery, how do you keep your ideas new and fresh? Where do you find inspiration?
Anywhere but photography. There’s this myth about the musician Frank Ocean in which he records with a computer printer. He prints pictures of cars, pristine objects and beautiful homes then hangs them up around the studio while he’s working. That’s the energy I try to get at. I’m trying to look anywhere but at the actual “thing”. 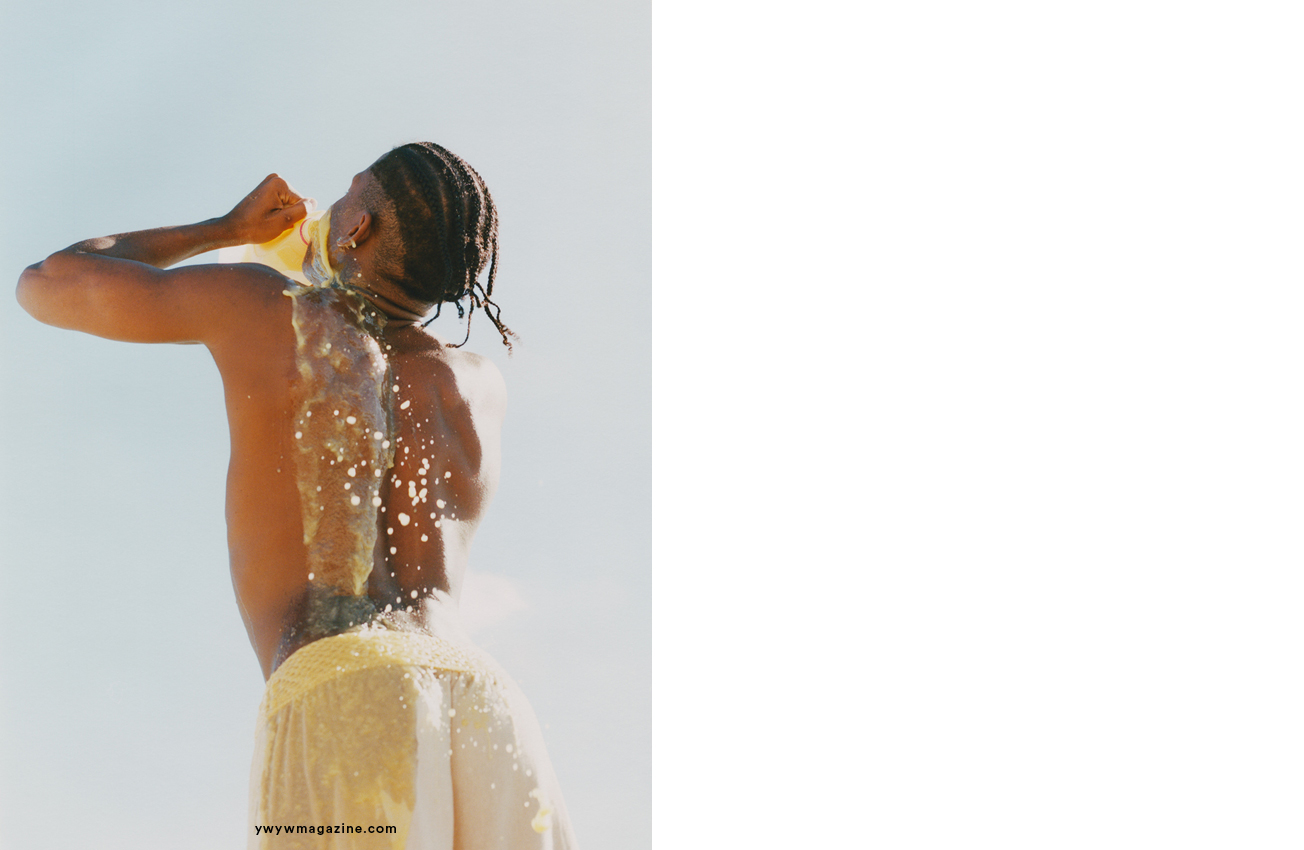 You are based between New York and Miami, two big metropolitan cities. Do you think this contributes to increasing your creativity and your ideas? How?
Yeah. Being in a major city is about access to me. Access allows me to dream really, really big. Like, compared to the suburbs, New York’s access to people making things happen is substantial. There’s a certain energy here in all of the people that makes you think, “well, why couldn’t I do that? I should go follow my dreams.” 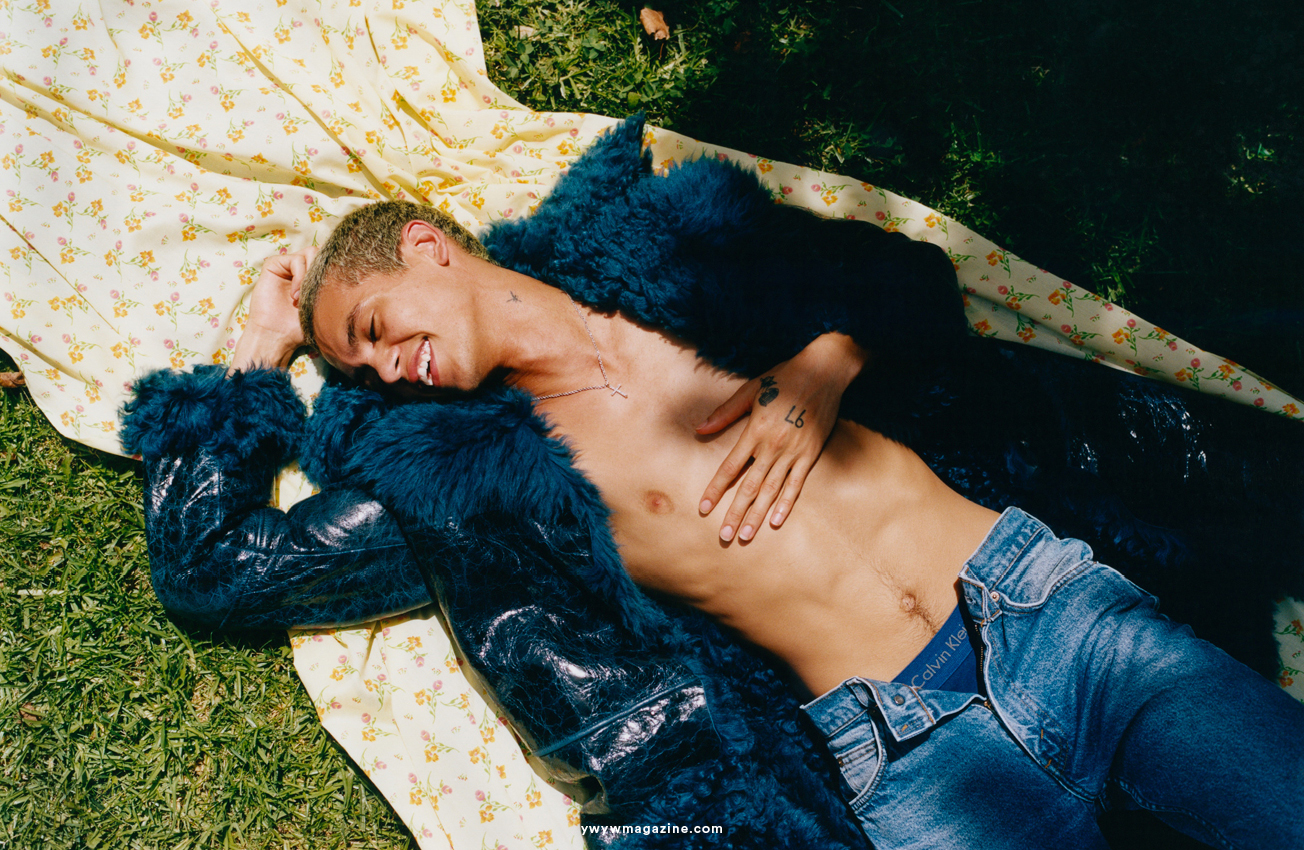 What would you like to know more about?
I want to know more about painting. One of my favorite photographers Joshua Sobel told me the other day that great paintings inspire great photographs, so I’ve been on that tip. I started with a biography about Goya, and up next I want to read about the amazing Alice Neel.

How would you describe your photography style?
Well, I’m like a wildlife photographer meets a California cult documentarian meets a youth catalog campaign director. 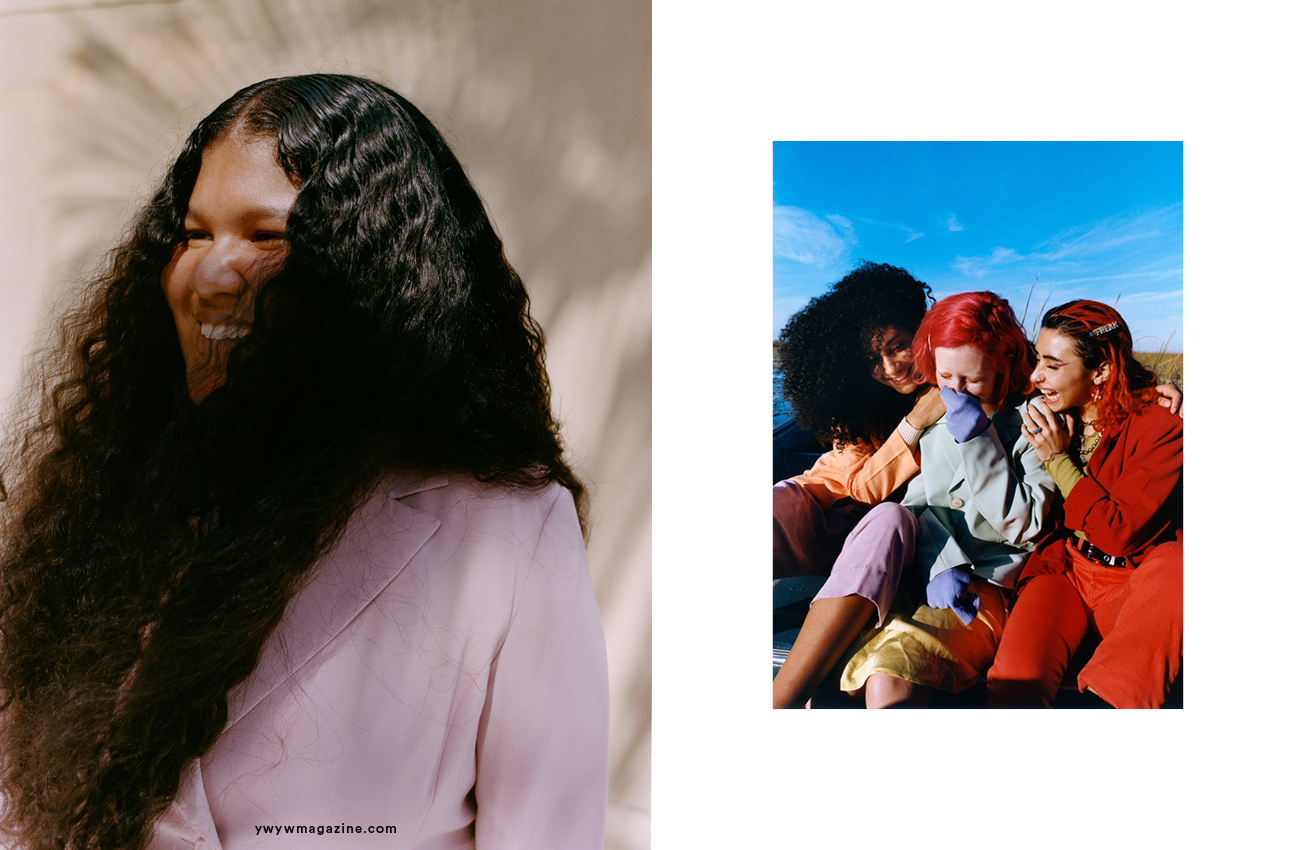 What is your motto right now?
Ask, because the worst they can say is “no”.

Where do you see yourself in ten years?
I’d like to be on a plot of land in New Mexico, making land art in the desert.

How old are you? I just turned 26. Can you tell us a little bit…

Born in Rome in 1991, Ludovica De Santis grew up in the outskirts of her…