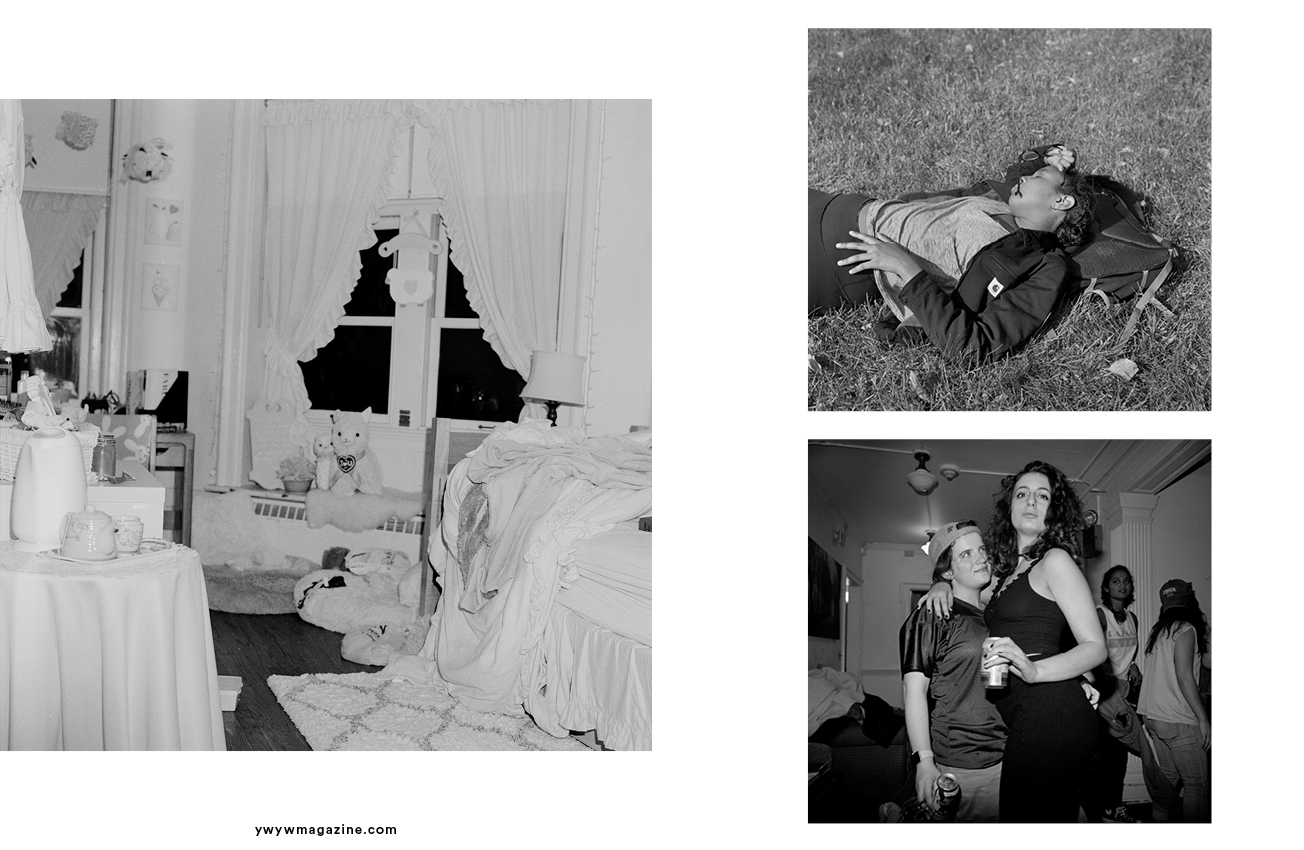 Bryn Mawr is about to be published by Kris Graves Projects in May 2020
Native New Yorker, Alina Van Ryzin enrolled in Bryn Mawr college, near Philadelphia. Starting 2013 she has photographed for three years the daily and intimacy life of her classmates exploring gender identity and sexuality. Her pictures are now collected for the first time in the forthcoming book Bryn Mawr, published by Kris Graves Projects.
Of the historical Seven Sister Colleges, only a few remain single gendered, including Bryn Mawr. Located in a suburb of Philadelphia and founded in 1885, this prestigious institution became known for its support for the LGBTQ community, led by its second president M. Carey Thomas, whose office lasted from 1894 to 1922. 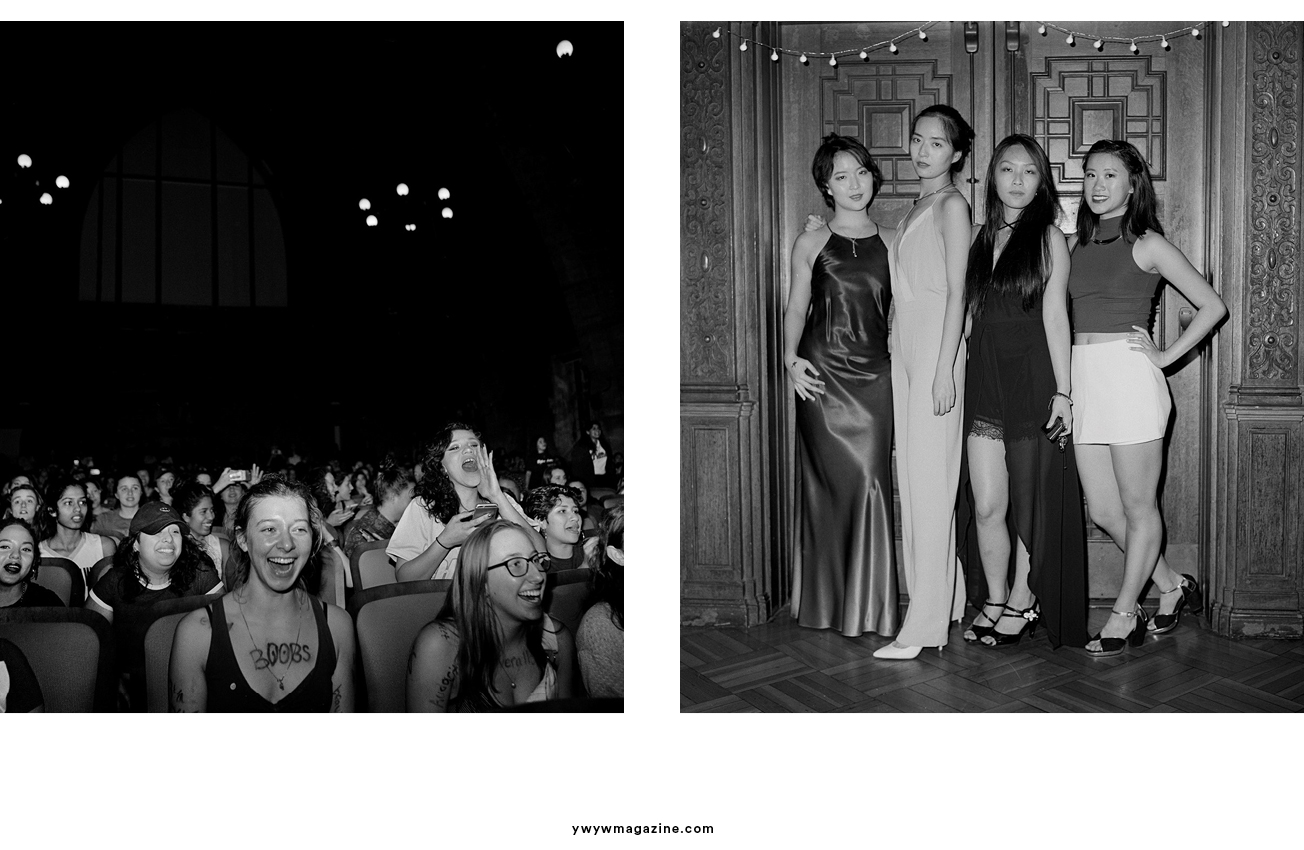 “I began photographing the spaces and people of Bryn Mawr in order to answer a frank question: what does a woman’s college look like in 2018? Black-and-white medium format photography comprises the bulk of my project. Before I came out, these images allowed me to create a space to look at, to admire, and to be in love with the women I was surrounded by in my everyday. Thus with one foot in a fantasy, and one foot in reality, I staged and captured images that speak to both the complex nature of single sex spaces and to my own experience of coming out in this space.” 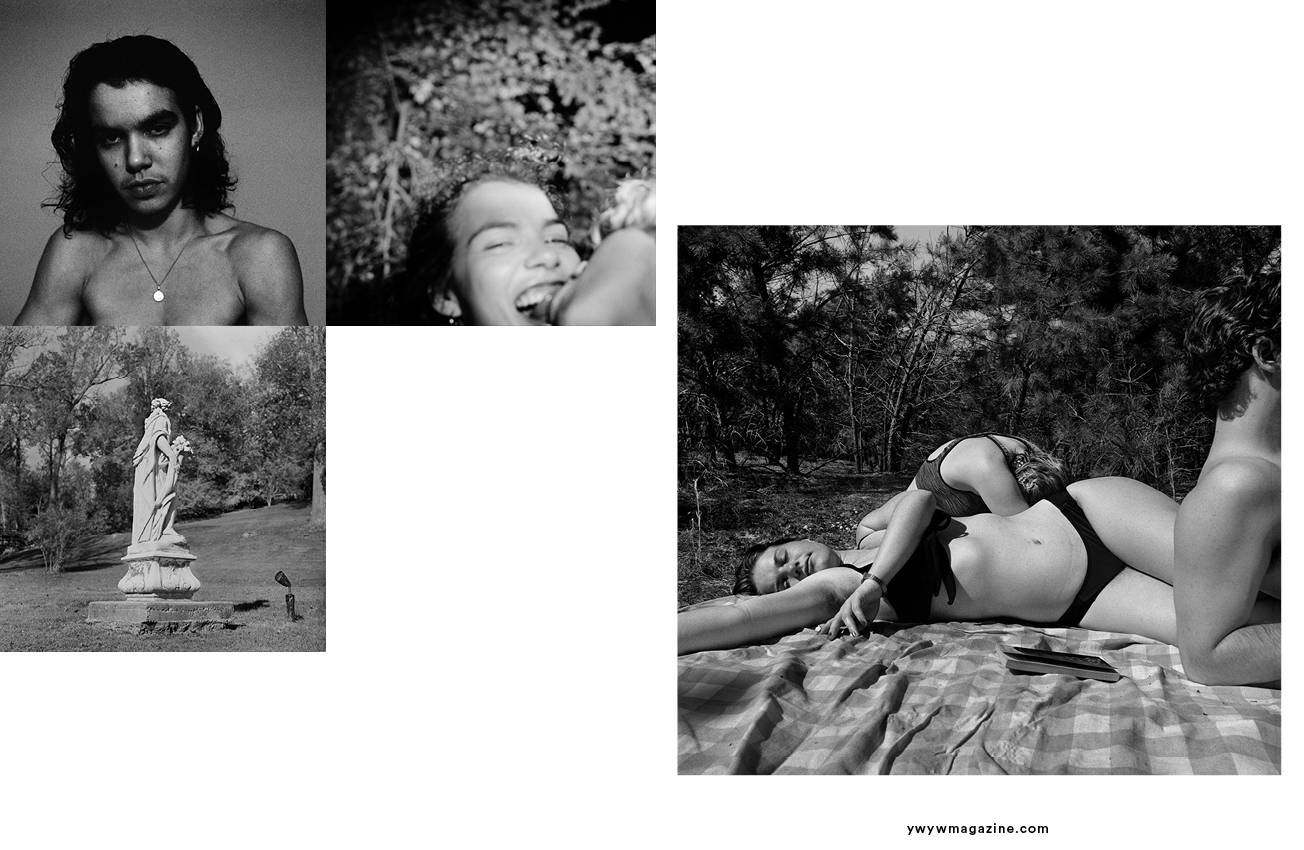 “As a little girl, I was always a tomboy, dressing in boys’ clothes. I was really strong and hairy. I didn’t feel very feminine. At Bryn Mawr, I went back into the tomboy phase and then I would have friends who would treat me like a boy or joke that I was a boyfriend to them and I loved it. I started dating a woman at the end of my fourth year. She is really butch. When we started dating, I tried to play up the feminine. The more we dated, the more she opened up her feminine side and I opened up my masculine side. Now we’re three years together and both dress like boys sometimes. Sometimes we switch it up. It’s become much more playful. For a long time, I felt like I had to choose one or the other, butch or femme, and you don’t have to. That was a really liberating thing to realise.”