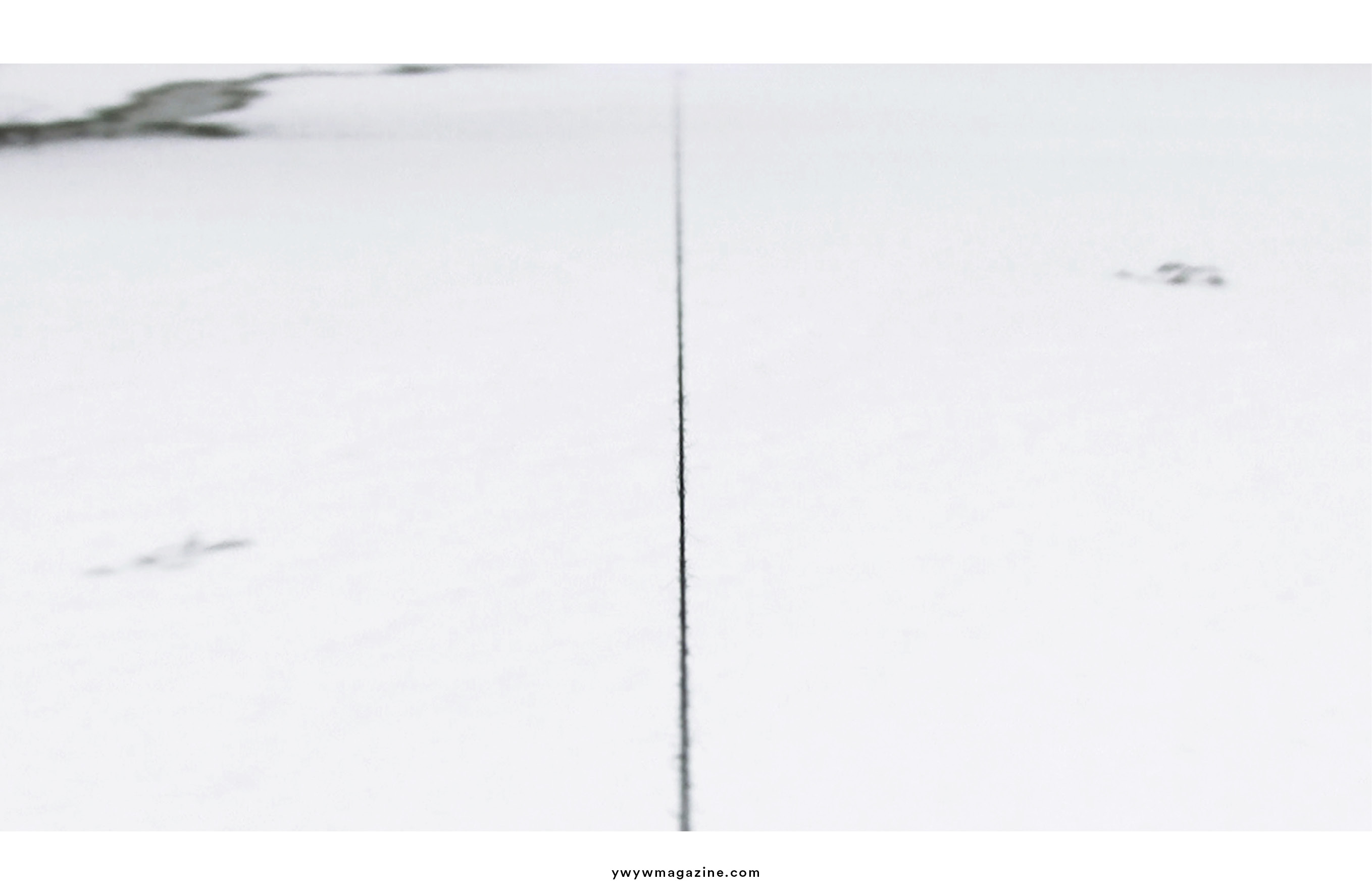 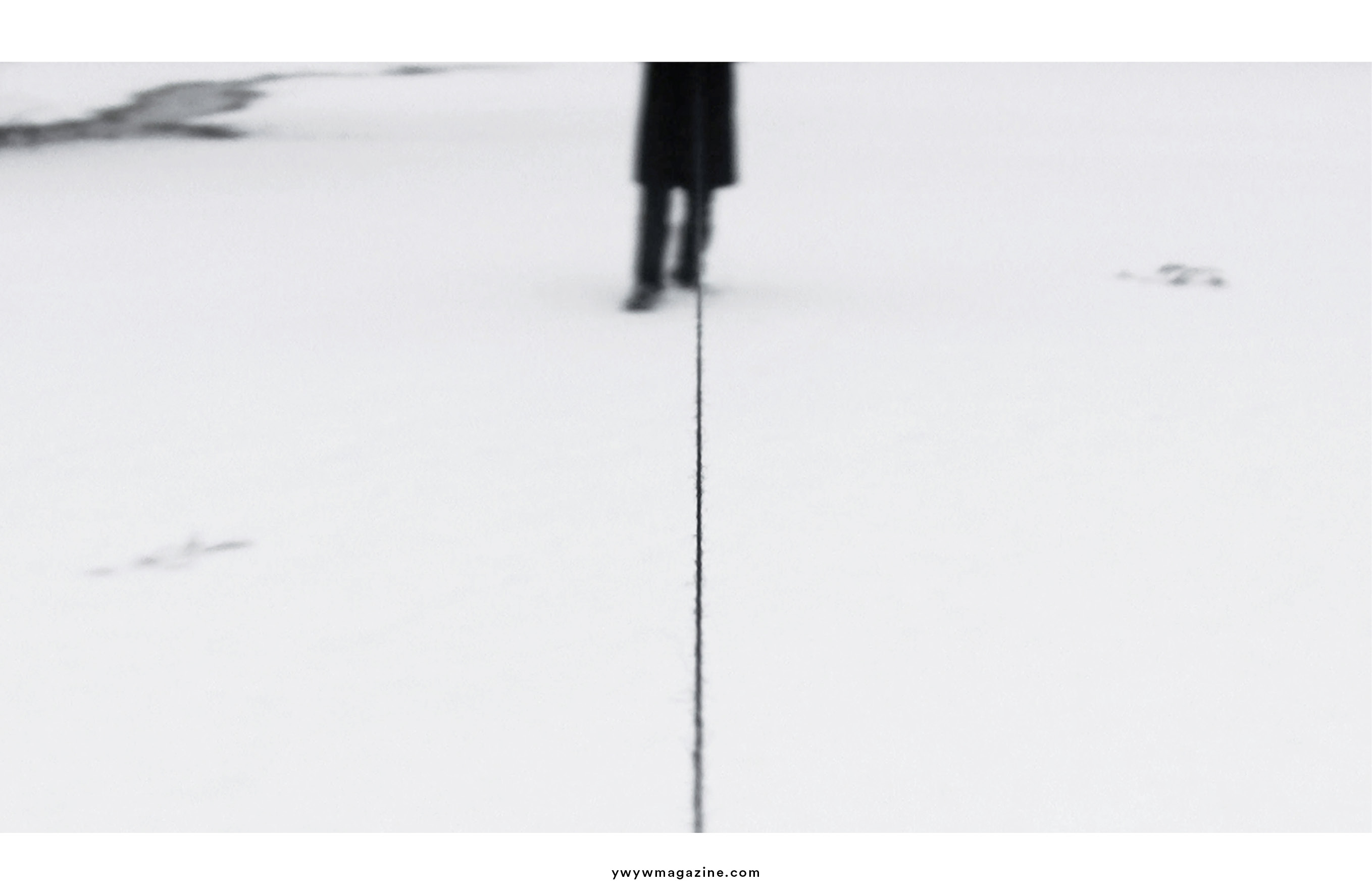 Born in Tunis in 1978, Ismaïl Bahri, who mainly deals with video, photographs and installations, works and presently resides in Paris.
The artist’s work is often developed from a series of operations featuring basic elements of everyday life and the interaction between them: he tests the objects in front of him, looking at them from different points of view.
Through the simplicity of the gestures and the materials he pays particular attention to what is in the process of being carried out, to movements often imperceptible to the naked eye: Bahri is focused on the question of movement, which produces variations by studying the way an object changes its state when it is set in motion. 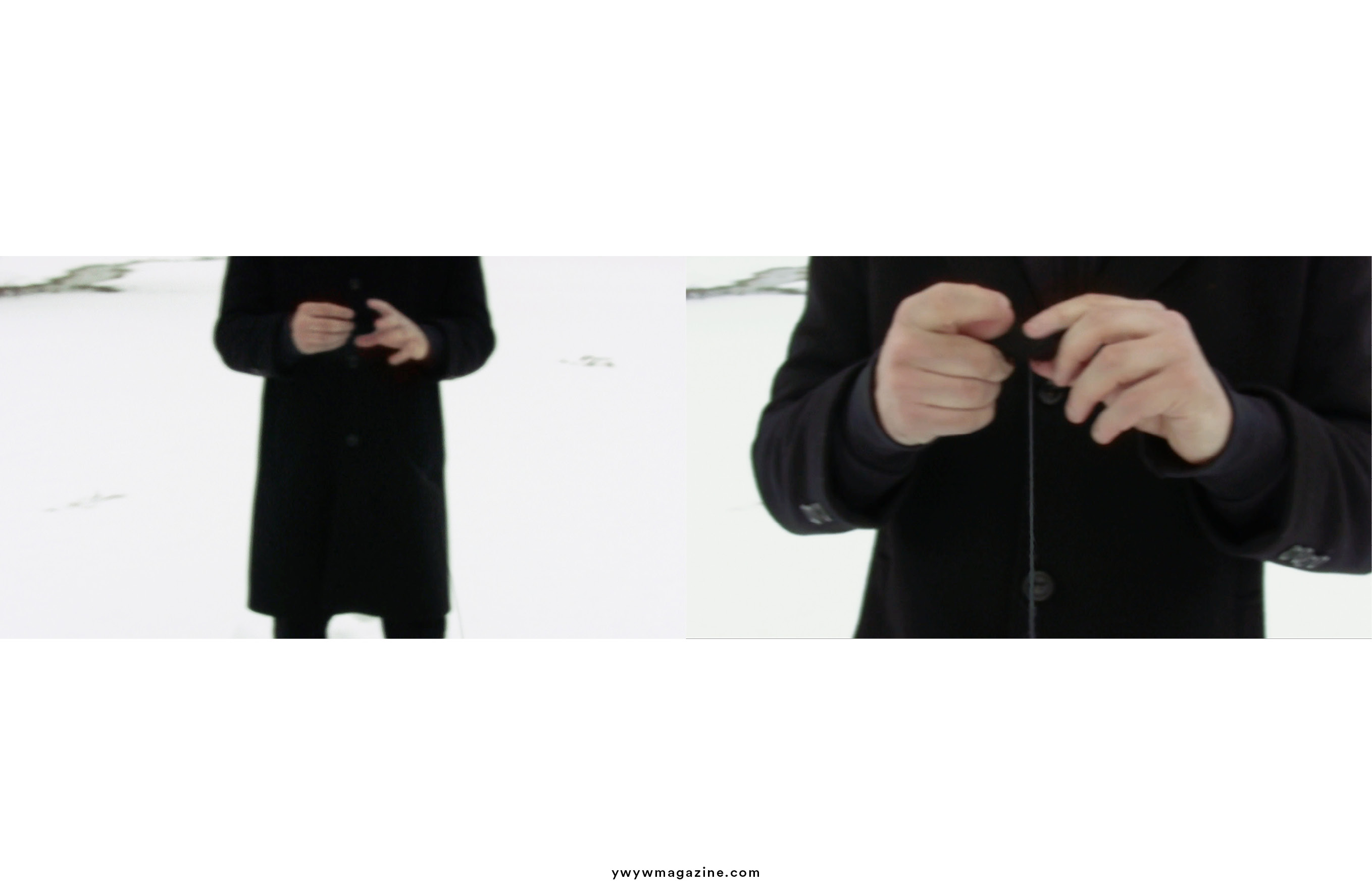 “Denouement” (2011), a video lasting few minutes, shows a blank page, split in two by a black line disturbed by small vibrations. A standing figure in an abstract snowy landscape is drawn towards us by a string: gradually the backdrop obliterates the space of the landscape, leaving only an image of string and hands overlapping.
With his sensible eye and his sense of detail the artist shows how everyday representation contains unsuspected temporal spaces or hidden details, but also infers that a connection is possible between all things: he wants to investigate the attention of human beings to the things that surround us. 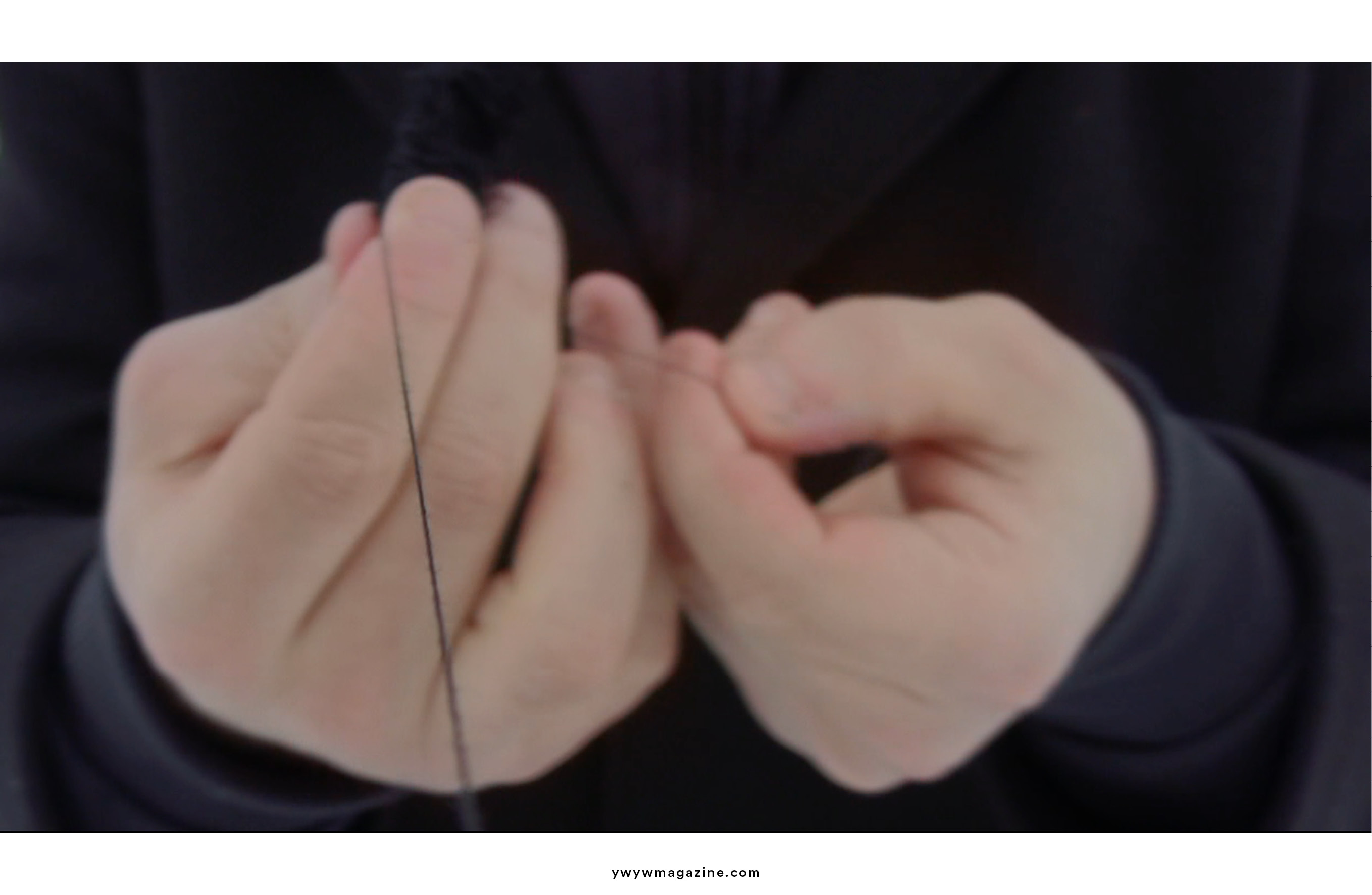 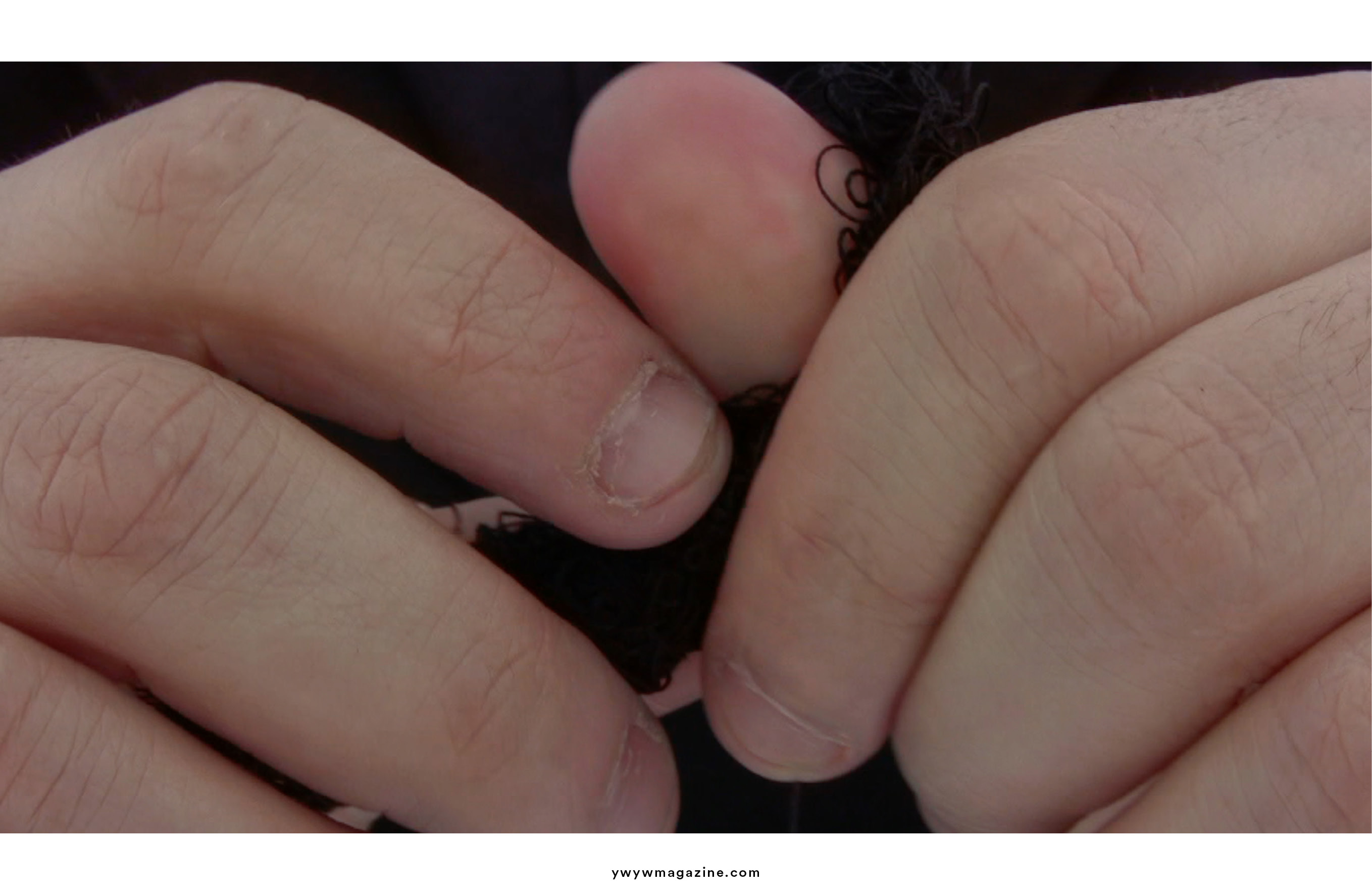 Ismaïl Bahri’s work has been featured in several film festivals and exhibitions including Frontiers at the Calouste Gulbenkian Foundation in Lisbon, Soulevements at the Jeu de Paume in Paris and Human Frames at the KIT in Dusseldorf. His work has been the subject of solo shows at venues such as the Galerie des Filles du Calvaire in Paris and the Selma Feriani Gallery in Tunis.
A major solo exhibition of his work entitled Instruments was recently mounted at the Jeu de Paume in Paris.
Exhibition until November 3rd at Dazibao, Montréal

Courtesy of Dazibao.art and Ismaïl Bahri