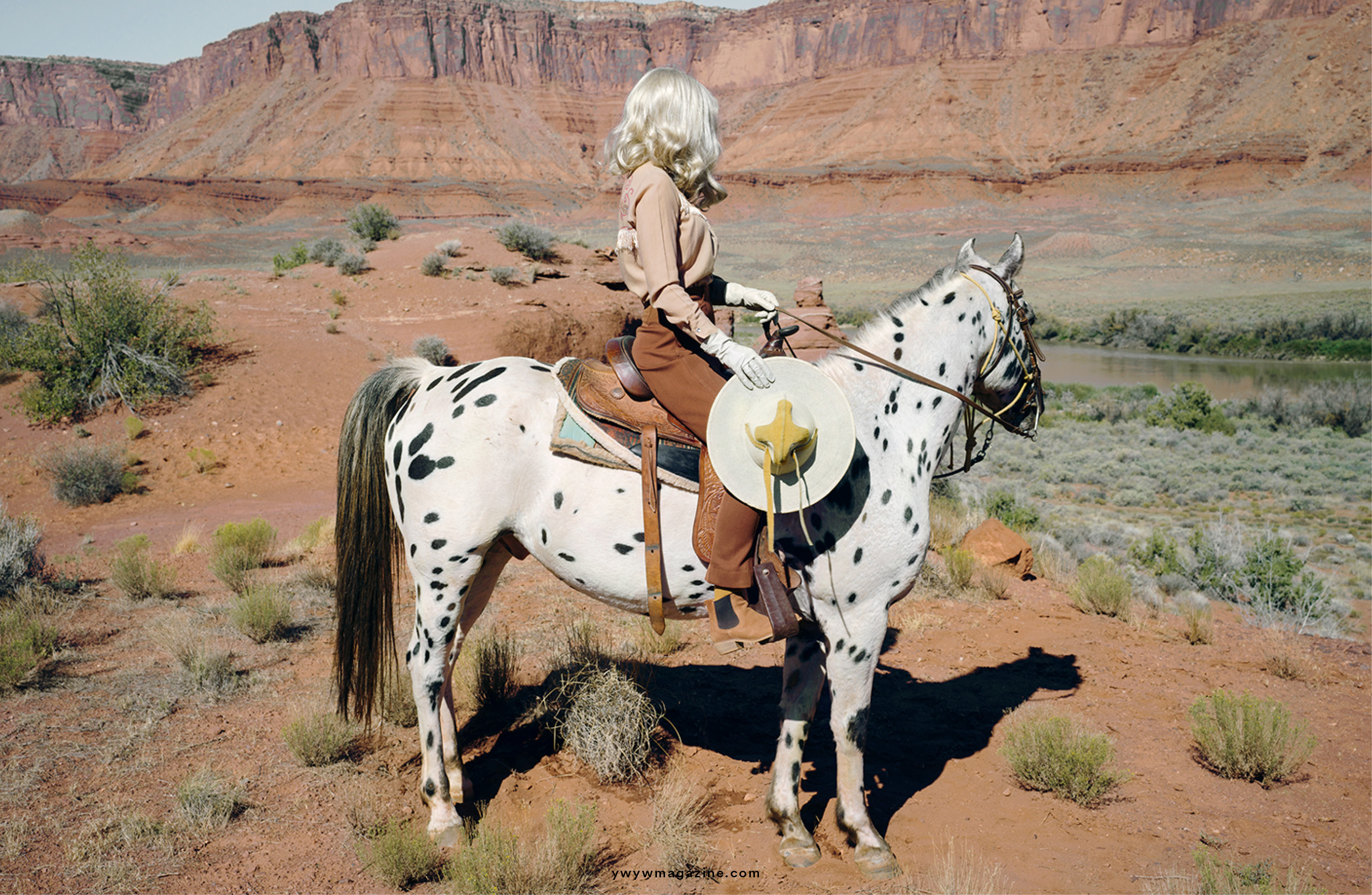 Norwegian photographer Anja Niemi, born in 1976, shows “She could have been a Cowboy” series at Ravestijn gallery; travelling alone through Utah she lenses a fictional character who finds herself trapped in the constraints of conformity.

“Suppose I were to tell you about this cowboy who’s not really a cowboy, not in a regular sense of the term, not in the sense that she drives cattle, or rides horses, or wears cowboy hats, not yet anyway. This cowboy is imaginary but she exists, like a sculpture trapped inside a block of marble waiting for her line of flight, waiting for the sculptor to start chiseling away at the stone”: her life is an illusion, made up of cowboy films’ representations, which slip between myth, nostalgia and drama. 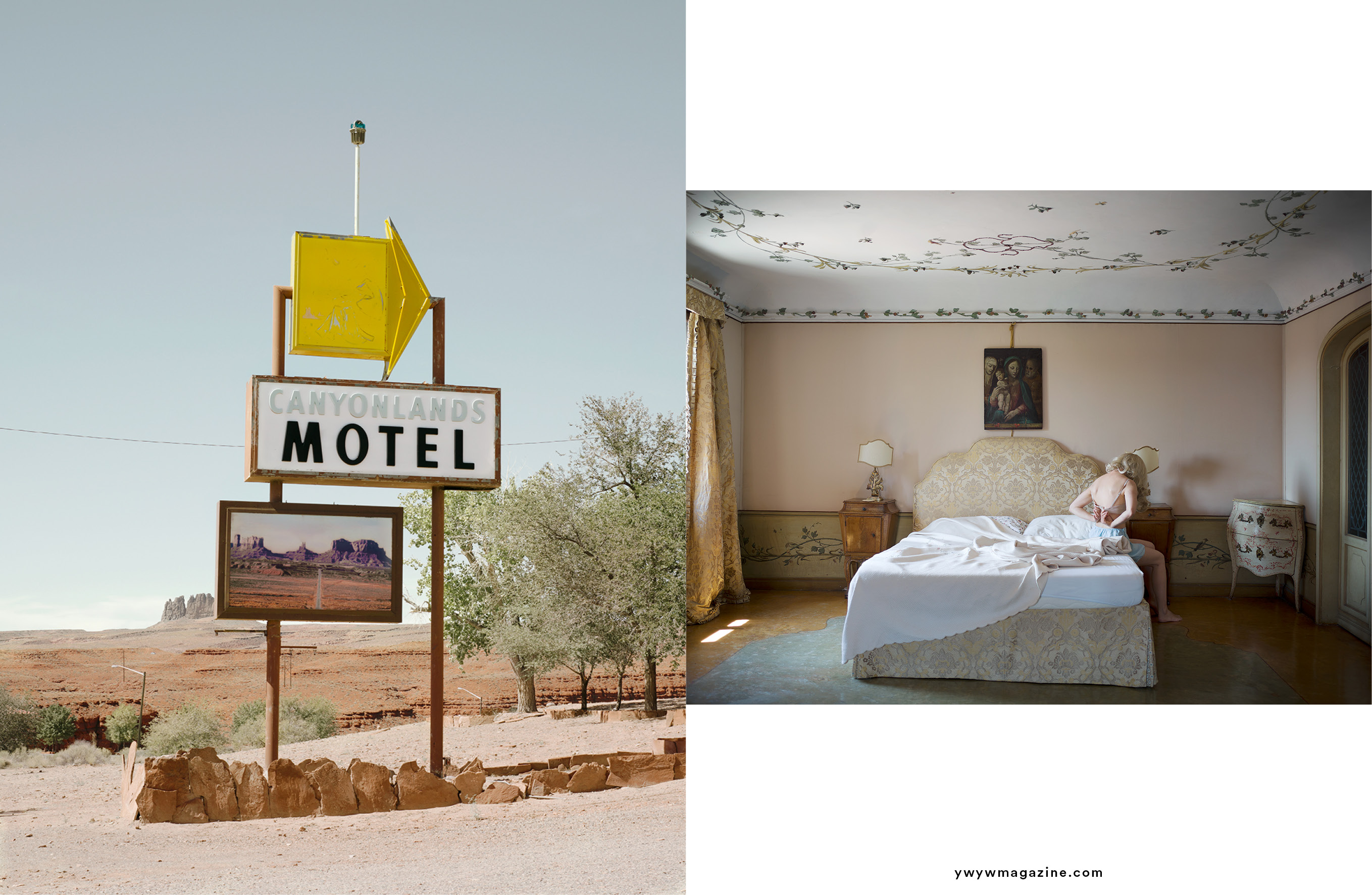 She aims to be a cowboy, riding horses in the Wild West, dressed up in fringes and leather as a contemporary John Wayne; alone in vast landscapes. Niemi shifts between reality and imagination, fulfilling every role, experiencing loneliness, facing her fears and breaking from everything ordinary. 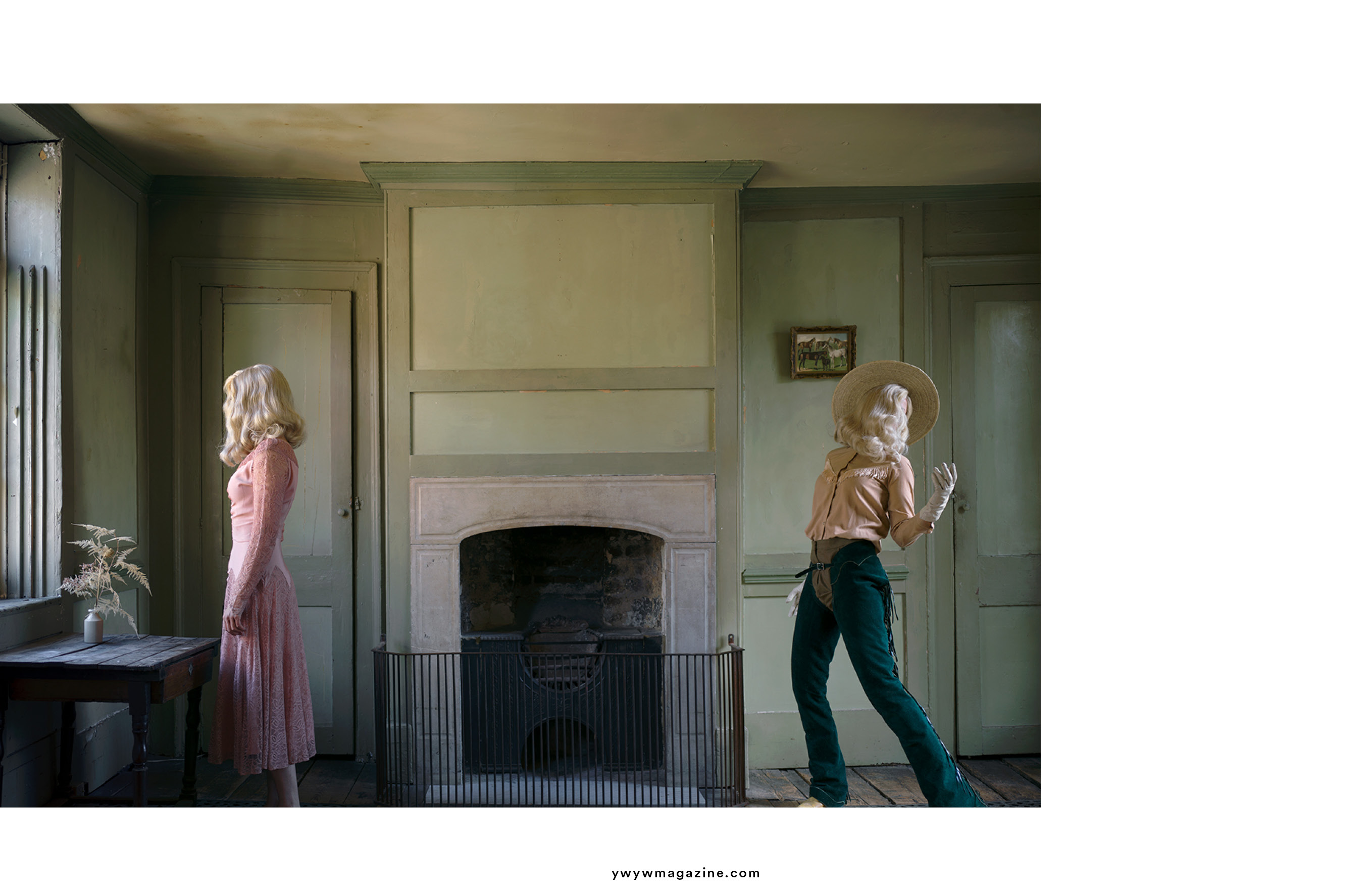 “The story is not really about being a cowboy. It’s about wanting to be another”. Looking for a symbol, a tableau, the character becomes to the artist a pretext to talk about a woman who longs for a life she will never have, imprisoned in the same pink dress, who is still able to travel with her fantasy and to set up a fictional life; searching for a new fictional identity. According to Niemi “A lot of us have something we wish we could do or be but for some reason we can’t”. There is no reason why she shouldn’t be a cowboy. 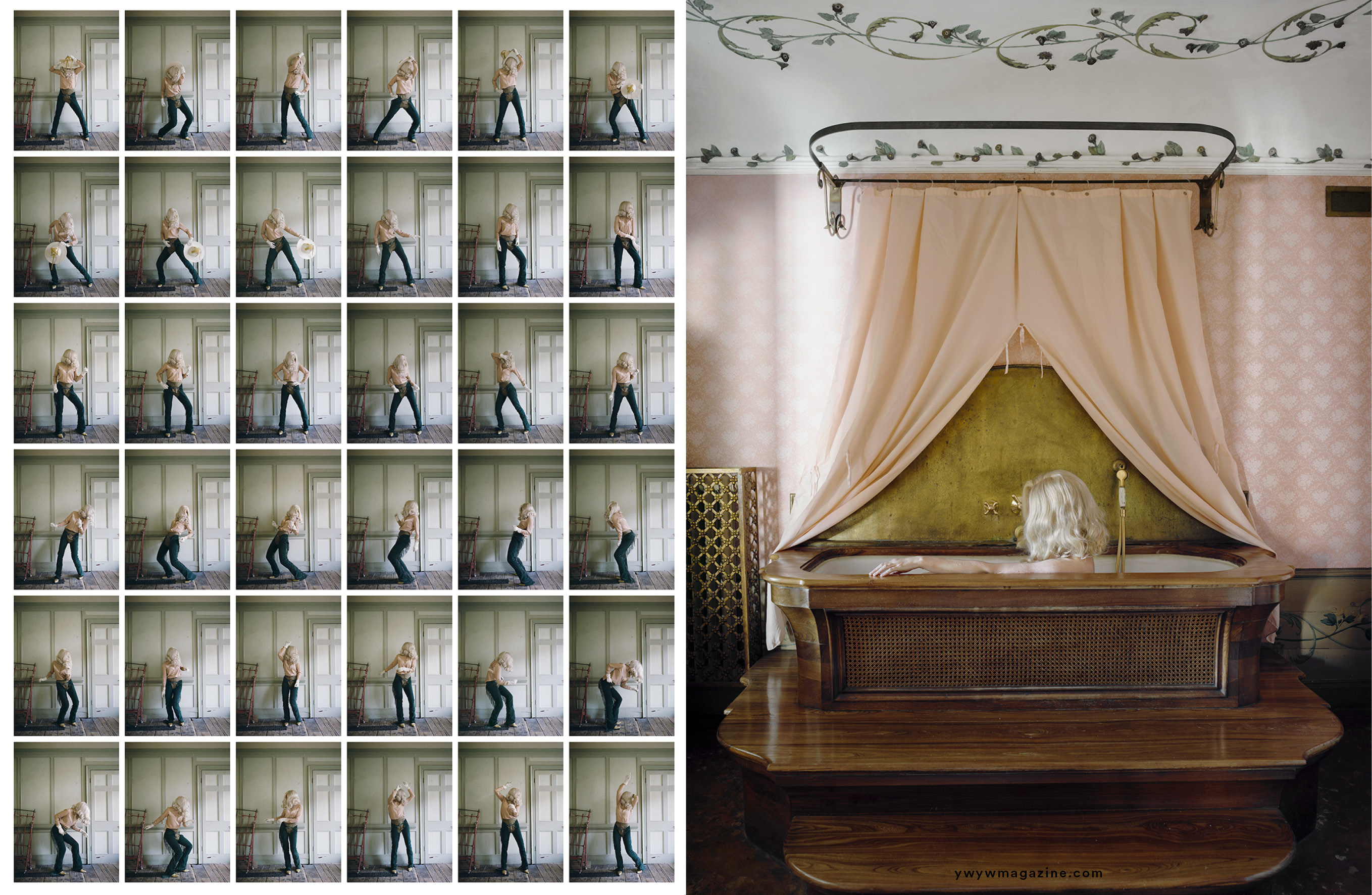 Anja Niemi works alone, photographing, staging and acting out the characters in all of her images. She will have her first retrospective museum show at Fotografiska in Stockholm opening February 2019 and will have her first monograph published by Thames & Hudson.