Cindy Sherman’s thirty- five year career as artist has established her as one of the most influential characters in contemporary art field: representing herself  as different portraits she stages a parody of the representation of women in cinema, television, fashion magazines and advertising. 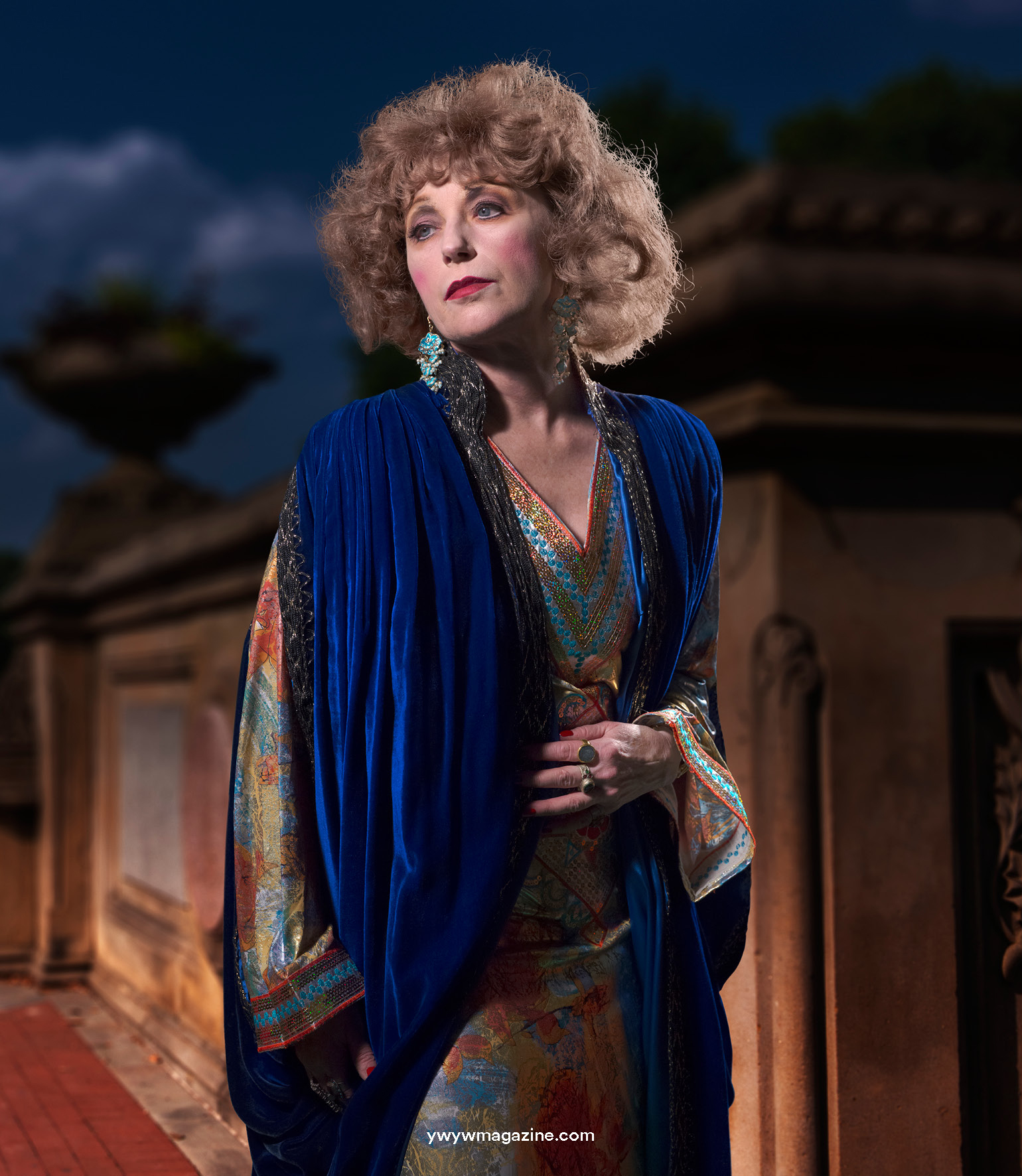 The current exhibition at Sprüth Magers marks over three decades: the artist shows themes as identity, gender and role play adopting guises that highlight the dynamic and versatile world of subjectivity and sexuality.
Throughout her career she assumes different roles of photographer, model, make up artist, actress and stylist, alterating her phisique and surroundings to create multiple tableaux vivants and characters from screen siren to clown to aging socialite. 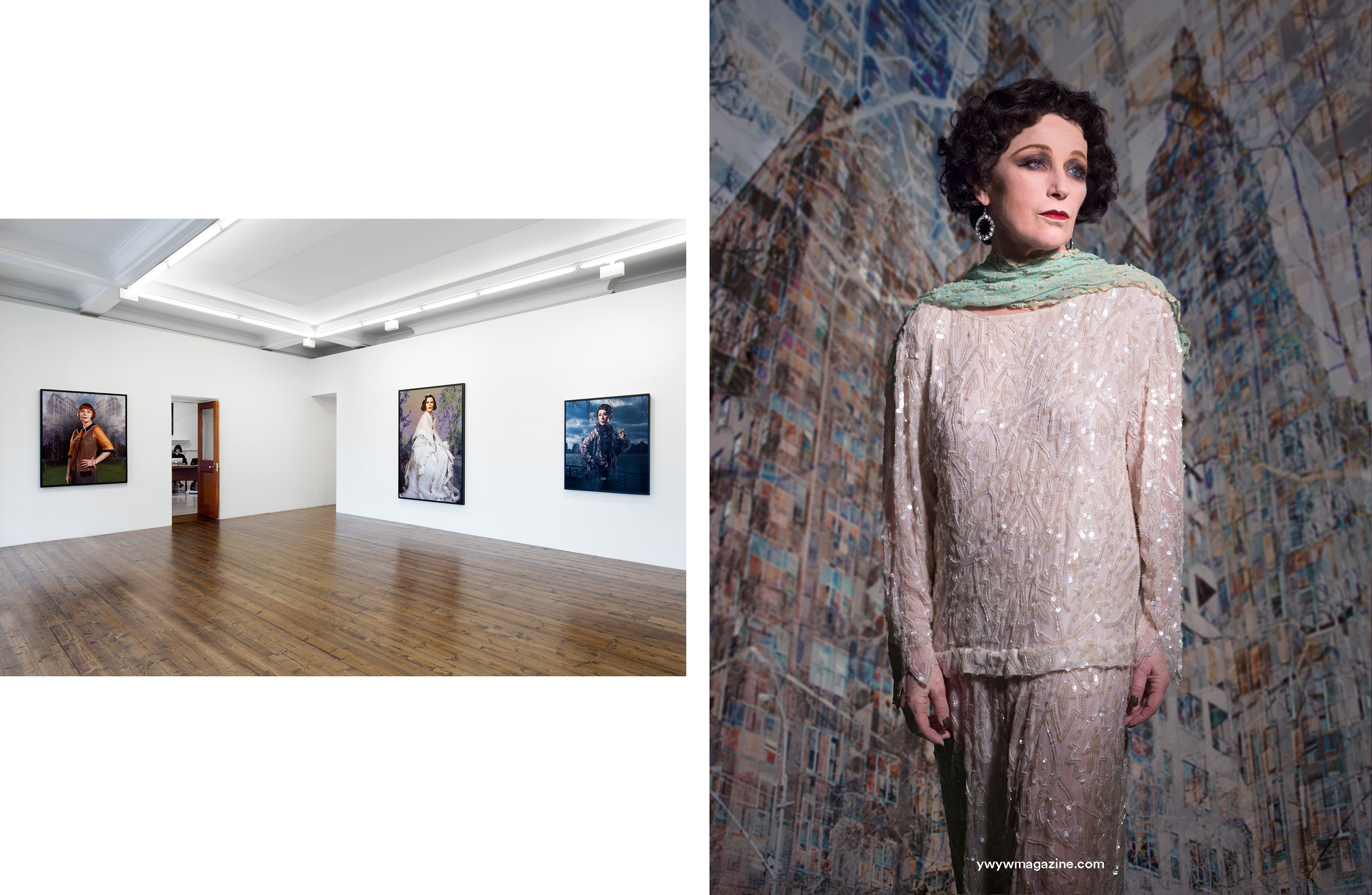 With a huge range of wigs, costumes, make up prosthetics and props she transforms herself into over-dramatized roles which examinate the abject, pornographic, passive and distorted world of the mass medias: the practice is shown in series such as Centrefolds (1981), Fashion Photos (1984), Sex Pictures (1992) and Clowns (2004).
Exploring through a grotesque and  provocative vocabulary the construction of stereotyps and clichèd imagery of women, Sherman stages herself as an actress in fictitious film scenes that mined the aesthetics of mid century Hollywood film, film noir and B-movies (Untitled Film Stills 1977-1980). 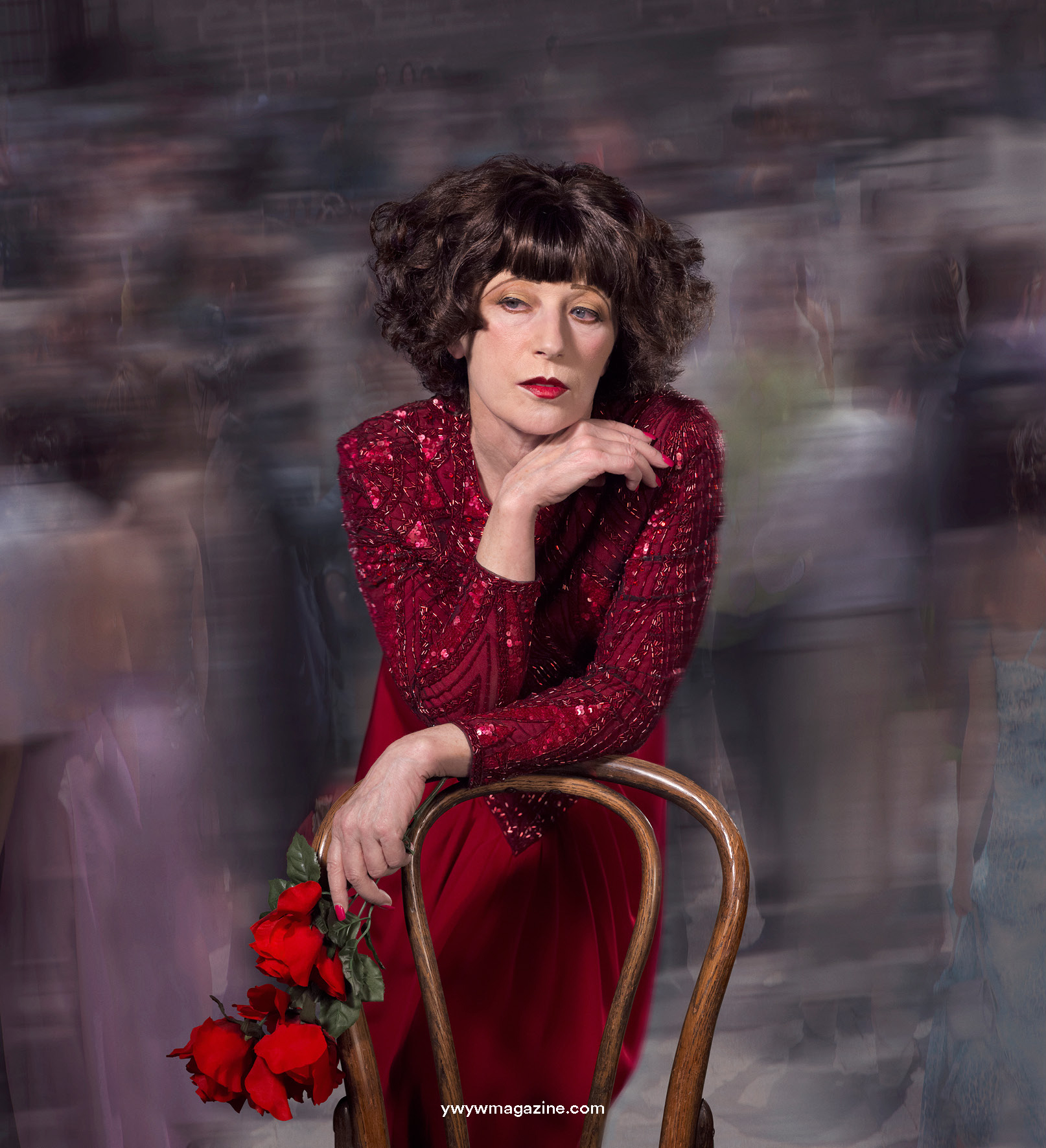 On view at Sprüth Magers is her most recent body of work from 2016, which debute at the Berlin gallery last year: the show, now, includes several new and previously unseen works.
Sherman imagines herself as a cast of grandes dames from the Golden Age of 1920s Hollywood cinema.
Differing from the artist’s earlier series the actresses are presented outside of the filmic narrative, posing instead for what seems to be formal publicity shot: they are clearly in their years of decline and the stoicism of their expression gives way to instances of vulnerability.
The ladies pose against digitally created backgrounds that remind film sets and backdrops of yesteryears. One photograph created earlier this year, displays four actresses in different coloured tulle costumes: seated together, they reference the historic popularity of sister acts in the entertainment industry. 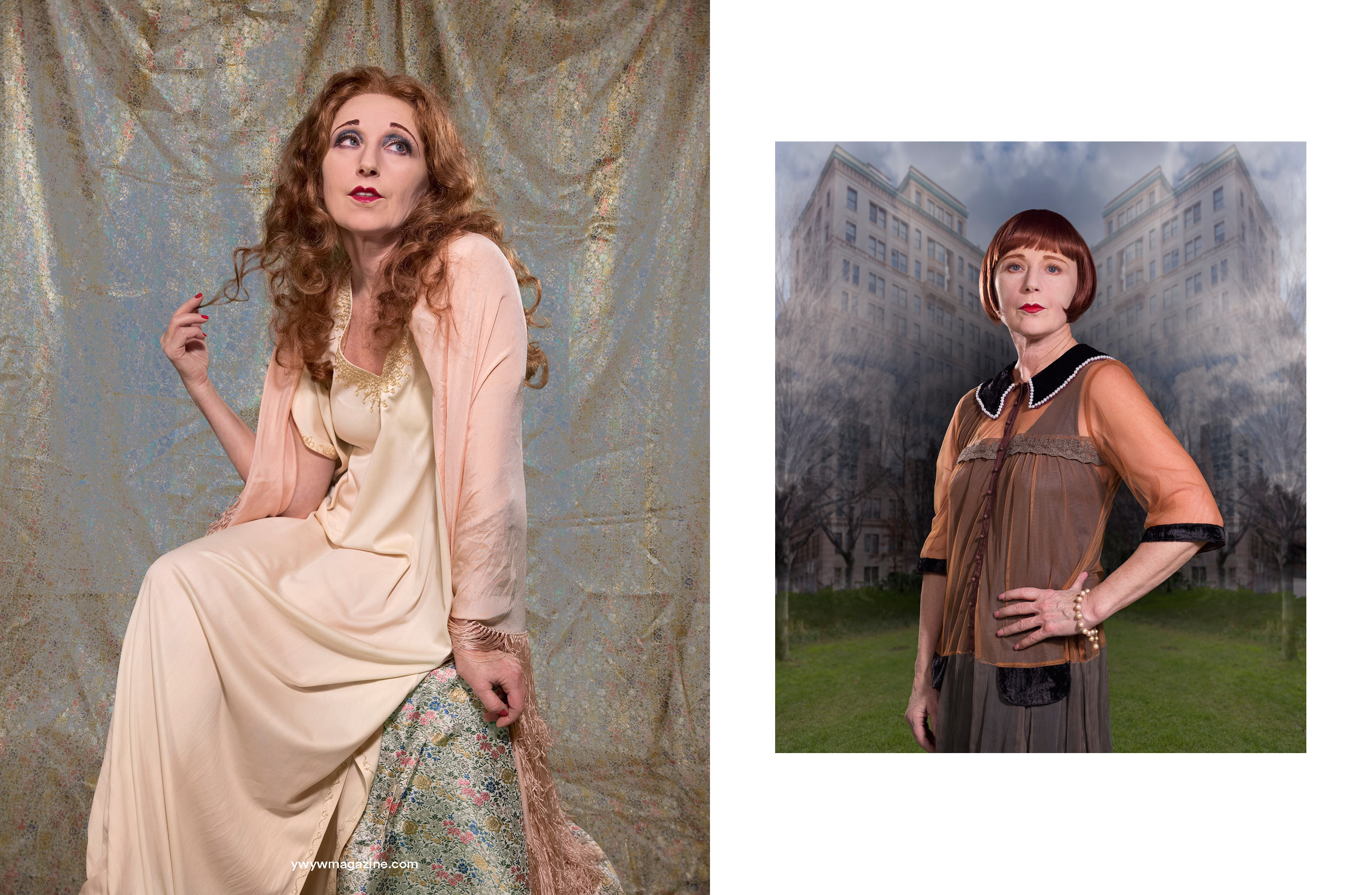